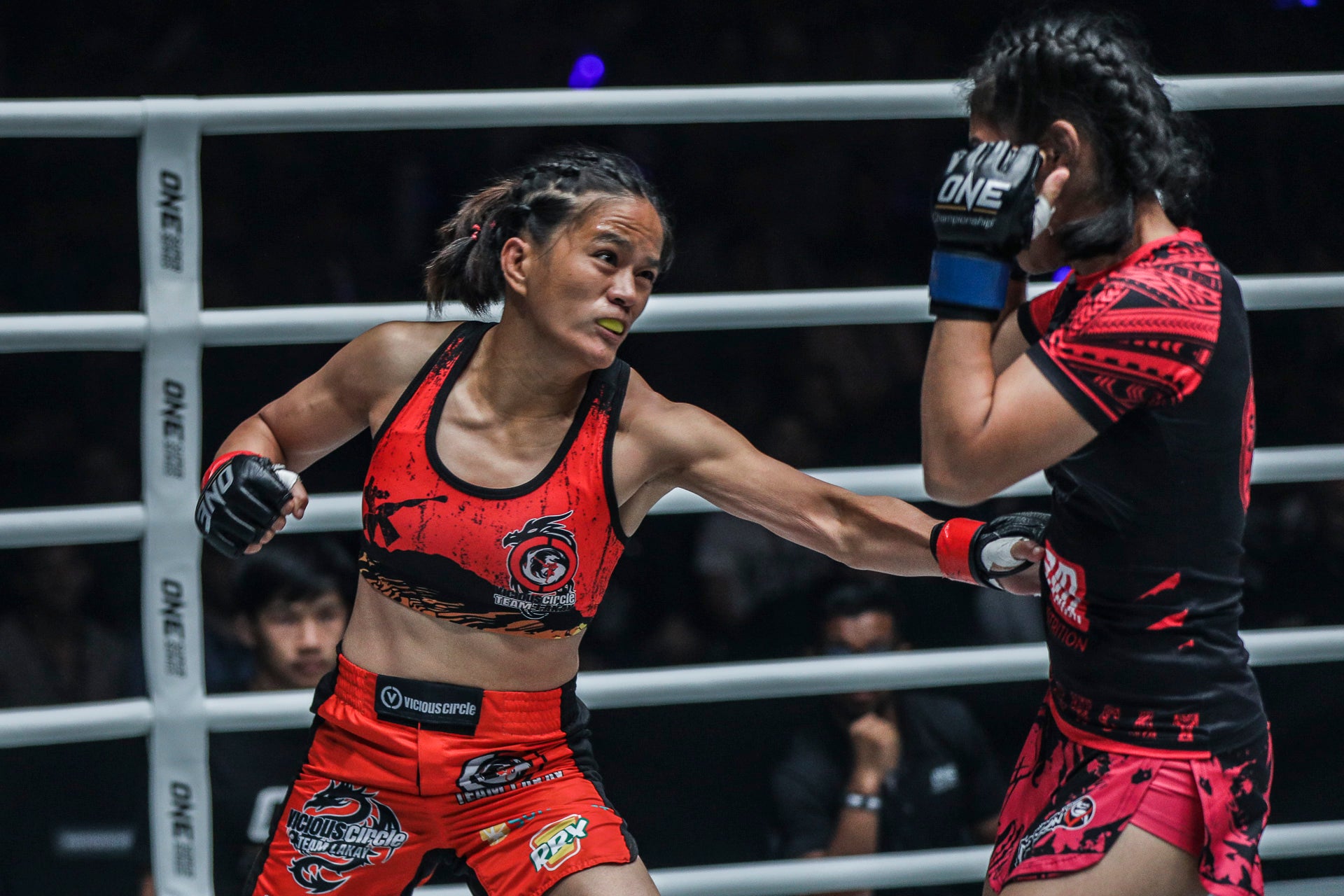 MANILA, Philippines — Gina Iniong may have just given birth this past week to her first child with husband Richard Araos, but that doesn’t mean she’ll be taking it easy.

Team Lakay head coach Mark Sangiao said the contender is eager to return to action and wants a spot in the ONE World Atomweight Grand Prix.

“Actually, she’s very eager to be in the Atomweight Grand Prix, but she needs to be patient and approach it at the right time. I have no doubt she will be better than ever. Gina is very much motivated. She’s focused and determined,” said Sangiao.

“We have seen how Gina performs in the ring or in the Circle, and she’s capable of anything. She has great wins facing some outstanding athletes. Of course, there is still a lot of room for improvement. But she’s eager to learn and enhance her skills. I think fans will be happy when she returns. If she can get a spot in the tournament, we will do our best to prepare her.”

Iniong (9-4), who’s also a gold medalist in the 2019 Southeast Asian Games, was the No. 5 contender in the atomweight division but her inactivity caused her to lose her spot in the rankings with former two-sport world champion Stamp Fairtex taking her place.

Nevertheless, Sangiao said Iniong will be back training at Team Lakay’s gym once she’s fit enough and recovered from her childbirth.

“When she’s all fit to start her training, then she’s back,” said Sangiao.

Though there’s no official list for the Grand Prix, the projected athletes to take part are No.1-ranked atomweight Denice Zamboanga of the Philippines, Fairtex, Mei Yamaguchi, Meng Bo, and Itsuki Hirata.

Sangiao, who’s obviously busy with his stable, did not lose sight of the fast rise of Zamboanga (5-0) who was thrust into the No. 1 contender role of Angela Lee’s title when she scored an upset win over Yamaguchi in February of 2020.

“She (Zamboanga) has had a few good wins in ONE. She has that potential, but I think she still needs more experience. With a little more experience, she can be very dangerous in this sport,” said Sangiao.

“We don’t say no to any fight offers from ONE. It won’t be the first time a Filipino will face a fellow Filipino. If they give Denice to Gina, then so be it. Gina has the maturity in the battle scene and in Team Lakay, we have that sense of always being positive. So if the match happens, we have high hopes for Gina.”