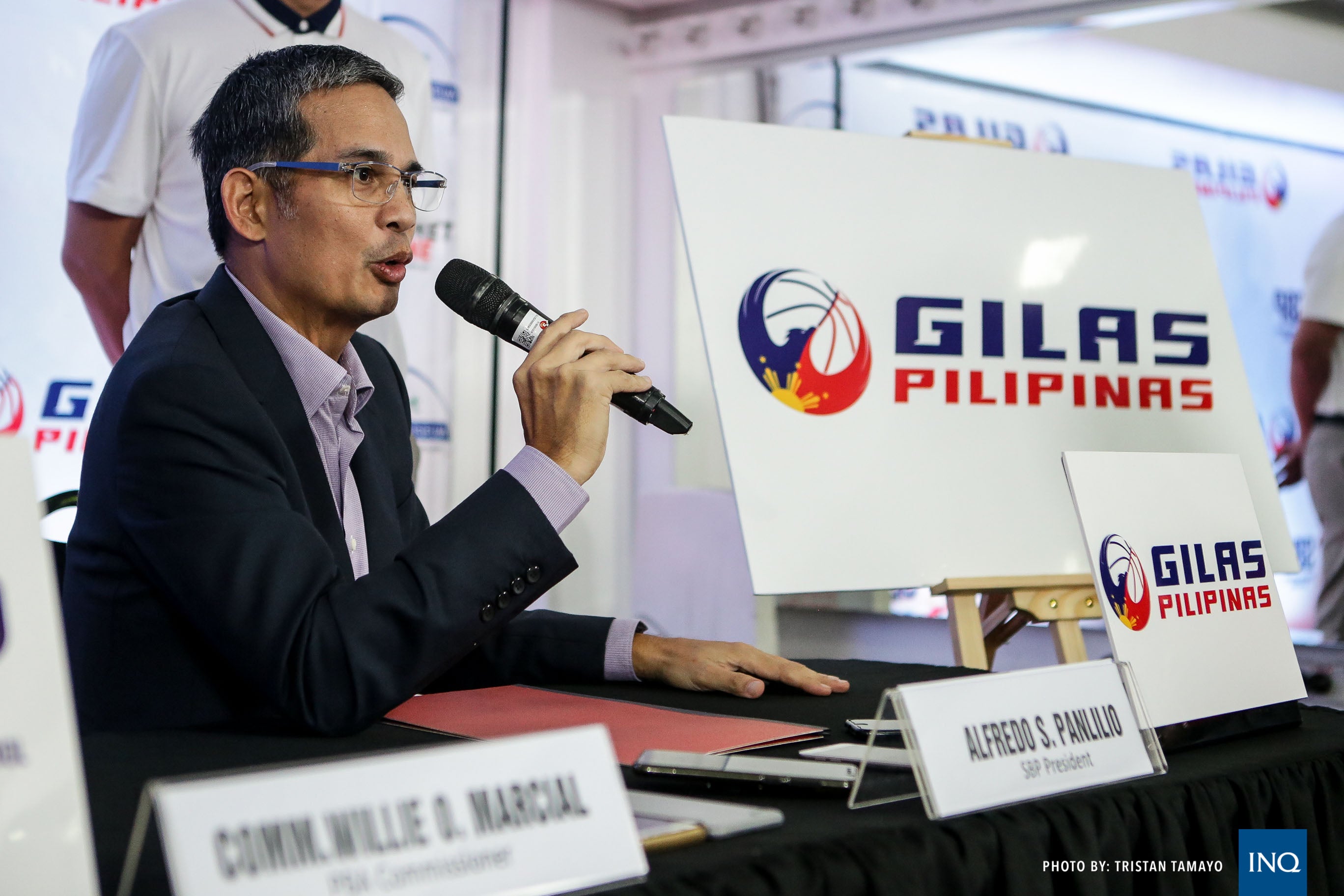 MANILA, Philippines—The Samahang Basketbol ng Pilipinas is looking to clarify with Fiba what it perceives as “unfair” scheduling heading into the 2021 Fiba Asia Cup Qualifiers in Manama, Bahrain.

Gilas Pilipinas was supposed to play Thailand twice and Korea once in the Manama bubble from November 26 to 30 but issues came up when the East Asian team begged off from the window due to COVID-19 concerns.

Korea’s pullout, which hasn’t been reflected yet on Fiba’s website, meant that the Philippines will have a change of schedule and that was what SBP President Al Panlilio wanted to dispute.

“We have been in discussions with Fiba and we want to follow the competition calendar where we’re supposed to play Thailand and Korea,” said Panlilio in a Zoom press conference Thursday. “We’re prepared to play two games against Thailand, and (one against) Korea.”

Under the new schedule, Gilas will have to play four games in as many days with one Thailand match getting moved to Nov. 27 and a tiff against Indonesia getting scheduled for Nov. 29 instead of the original date that was supposed to be played on February 18, 2021.

Panlilio said that the change of schedule puts the Philippines in an unfair situation as the second games against Korea and Indonesia were supposed to be in February.

“That is unfair to us. We want to follow the competition calendar given to us and that’s where we stand today,” said Panlilio.

SBP Chairman Emeritus Manny V. Pangilinan said Korea’s withdrawal from the November window must have caused the change in schedules and Fiba has yet to decide what sanctions it will impose against the team.

“Korea has indicated that for their own reasons, they will not be able to participate. If the team doesn’t show up, I guess Fiba should impose sanctions whether financially or forfeit the game,” said Pangilinan.

Although a game against Indonesia isn’t much of a concern for Pangilinan, he stressed that the match should just be a friendly and would not reflect on the official records of the respective teams.

“We’re happy to play with Indonesia anytime, but the question is whether the ruling for that game will be rated or unrated? If it’s a friendly game, I have no problem,” said Pangilinan. “But if it’s a rated game, we’re looking as if may big question mark for us, if I’ll put it politely.”