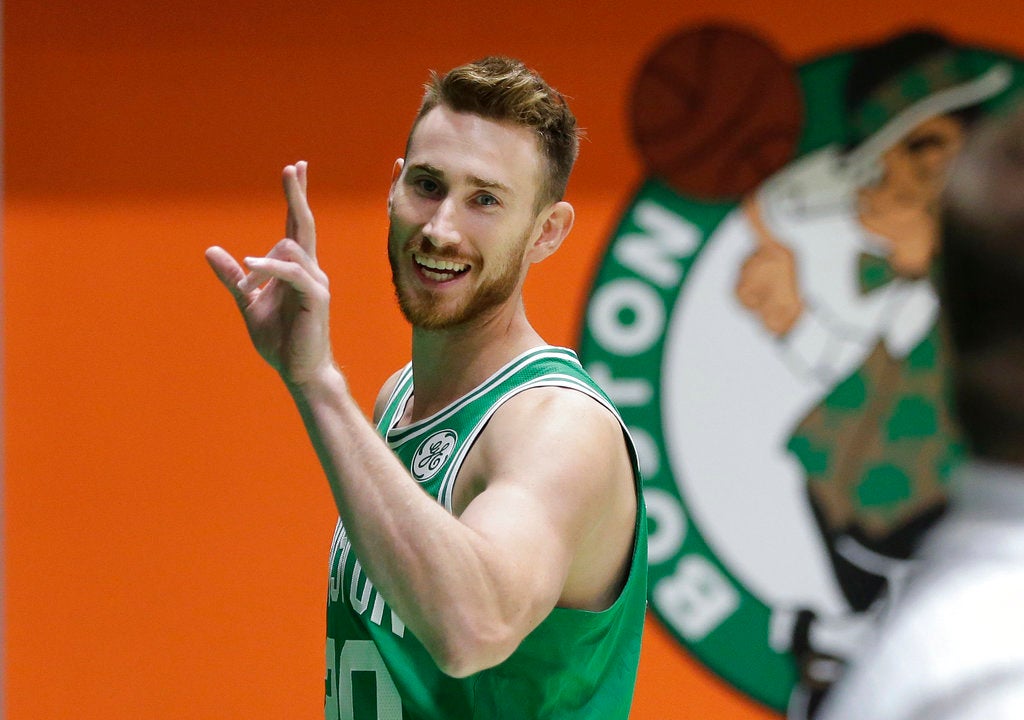 Boston Celtics’ Gordon Hayward waves as he steps off the basketball court after speaking with members of the media and taking part in a photo shoot, Thursday, Sept. 13, 2018. (AP Photo/Steven Senne)

Gordon Hayward opted out of his contract for the 2020-21 season with the Boston Celtics, becoming an unrestricted free agent as one of the biggest names to hit the NBA open market this offseason.

A career 15.3 points-per-game scorer in 10 seasons with Boston and Utah, Hayward could still re-sign for a longer term with the Celtics or agree to a sign-and-trade deal. But the Celtics, who signed Hayward to a four-year max contract worth $128 million in July 2017, now could lose him without compensation.

Earlier in the week, Hayward and the team — coached by his college coach at Butler, Brad Stevens — agreed to a two-day extension before he would decide whether to accept the $34.2 million player option or become a free agent. Despite the extra time, the Celtics weren’t able to convince him to stay.

Hayward’s agent Mark Bartelstein confirmed to ESPN that the 30-year-old Hayward opted out and becomes an unrestricted free agent Friday after an injury plagued three years with the Celtics. He missed all but the first six minutes of the 2017-2018 season with a gruesome foot injury, and then suffered from hand and foot injuries this past season.

For the 2019-20 season, Hayward, averaged 17.5 points, 6.7 rebounds and 4.1 assists in 52 games for Boston. An ankle sprain in the Celtics’ first playoff game limited the 6-foot-7 forward to just five postseason games (averaging 10.8 points and 4.0 rebounds) while Boston reached the Eastern Conference finals.

Celtics president of basketball operations Danny Ainge will now be tasked with finding a Hayward replacement via trade or free agency. With the knowledge they might lose Hayward, the Celtics on Wednesday took two highly regarded shooters in the first round of the NBA Draft — guard Aaron Nesmith out of Vanderbilt at No. 14 and guard Payton Pritchard out of Oregon at No. 26.

In other Celtics news, center Vincent Poirier was traded to the Oklahoma City Thunders for a conditional second round draft pick Thursday. And the Celtics announced they extended qualifying offers to center Tacko Fall and guard Tremont Waters.