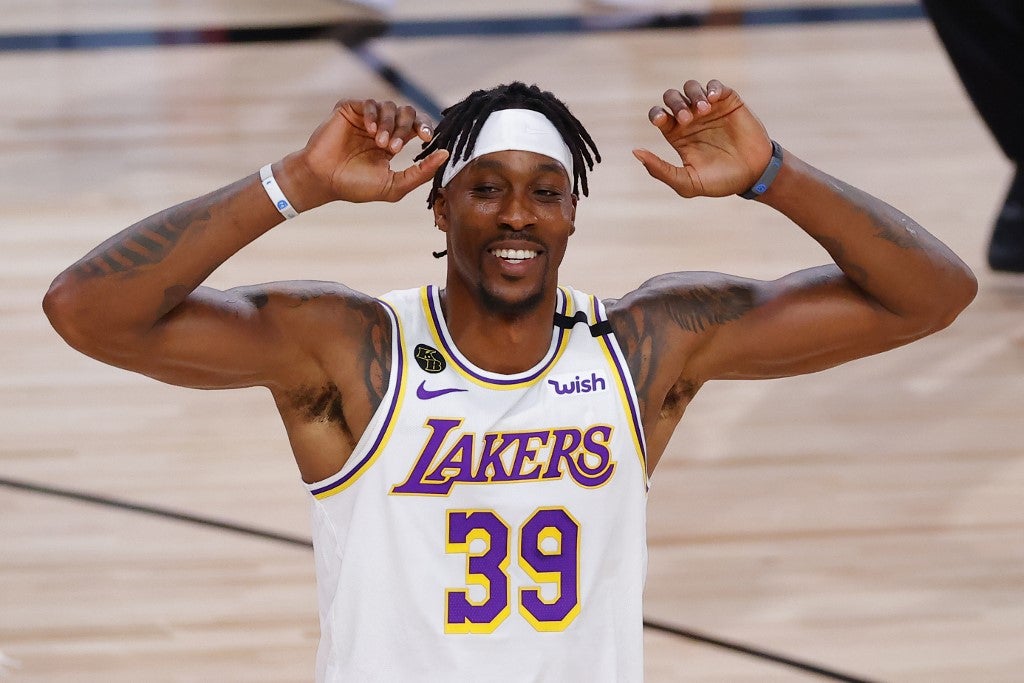 FILE — Dwight Howard #39 of the Los Angeles Lakers reacts during the first half against the Miami Heat in Game Three of the 2020 NBA Finals  on October 04, 2020 in Lake Buena Vista, Florida. Kevin C. Cox/Getty Images/AFP

Now he’ll try to help the Philadelphia 76ers win their first since 1983.

Howard’s agent Charles Briscoe confirmed to ESPN that the center agreed to a one-year contract worth with the 76ers on Friday. ESPN reported that the deal is for the veterans minimum of $2.6 million.

Philadelphia will be the 2004 No. 1 overall pick’s eighth different team. (Howard has two stints with the Lakers).

However, Howard’s path to Philadelphia wasn’t a direct route. About an hour after NBA free agency started at 6 p.m. ET on Friday, Howard tweeted that he was staying with the Lakers.

“I’m staying right where I belong,” Howard posted on his Twitter account. “Laker nation I love y’all. Purple and gold never gets old.”

Howard deleted that tweet shortly after it was posted.

Howard’s addition to the 76ers roster is part of an offseason reworking of the organization that started with the hiring of Doc Rivers as head coach and then Daryl Morey as president of basketball operations. Morey started to alter the roster to his liking when he traded Josh Richardson and the draft rights to Tyler Bey to the Dallas Mavericks for sharpshooting Seth Curry, and he dealt big man Al Horford and draft picks to the Oklahoma City Thunder for guard Danny Green.