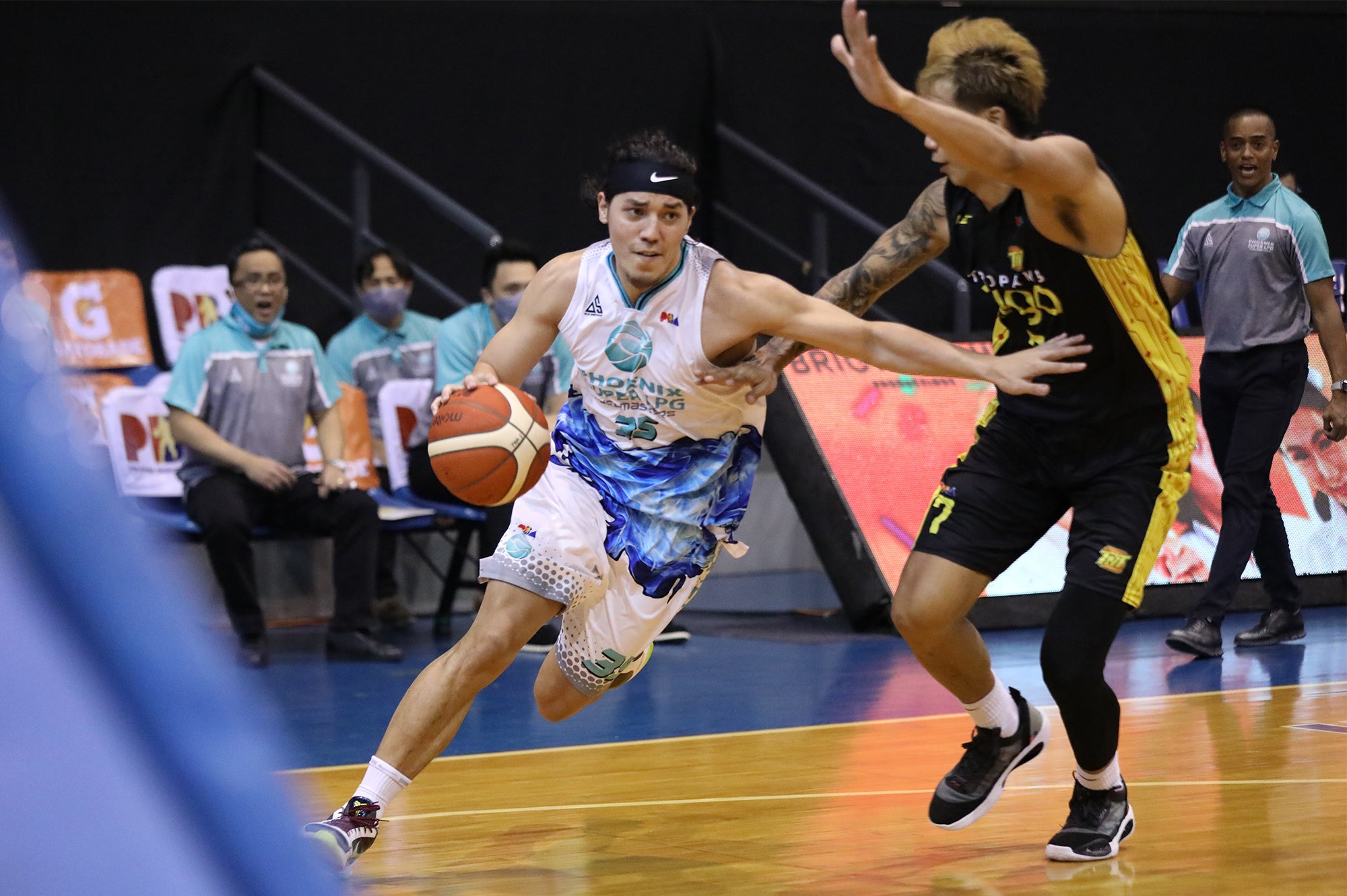 MANILA, Philippines—Matthew Wright didn’t let a bum ankle bring him down as he inspired Phoenix to a 92-89 Game 3 win over TNT and take 2-1 series lead in the five-game semifinals of the PBA Philippine Cup Sunday at Angeles University Foundation.

With less than a minute left in the game, Wright took matters into his own hands and drilled a fadeaway off-the-dribble jumper from the top of the key for the game’s final bucket with 22.6 seconds left to play that put the Fuel Masters a win away from their first Finals appearance in franchise history.

Head coach Topex Robinson acknowledged that his team has always been seen as a mid-card club and that being in the semifinals against perennial power TNT was them already biting more than they can chew.

“It’s about giving that one more pass, we just want to bring joy. When the going gets tough, enjoy that moment.”

Wright gave the Fuel Masters a respectable 88-81 lead with 3:03 left in the game but the Tropang Giga wasn’t about to fold that easily.

Bobby Ray Parks Jr. scored four straight points then Troy Rosario converted on a layup to put TNT within one, 88-87, with 1:10 to play and the game then became a back-and-forth affair in that final minute.

Jason Perkins scored on a layup of his own for Phoenix’s 90-87 lead with 51 seconds left but Parks again came to TNT’s aid putting back his own miss just 11 seconds later.

Wright, who had just two points in Game 2, finished with a game-high 25 points on 5-of-11 shooting from deep while Calvin Abueva powered through with 24 points, 14 rebounds, six assists, four steals, and one block for Phoenix.

Parks had 19 points, 13 rebounds, and six assists to lead the Tropang Giga.