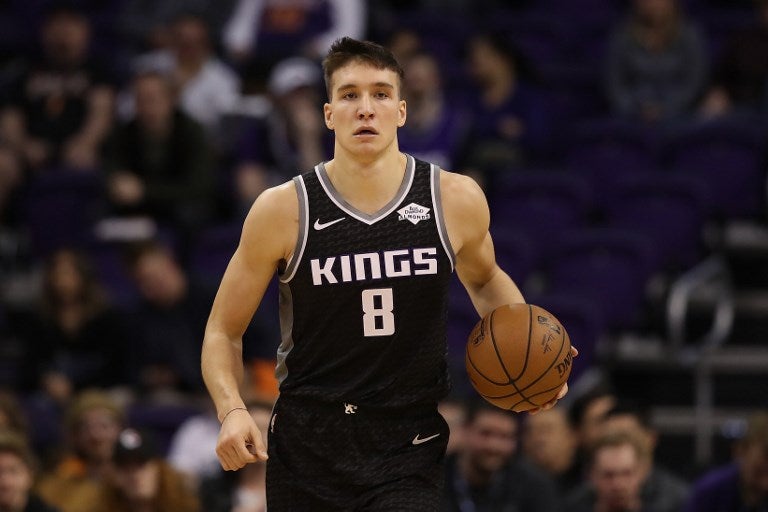 FILE — Bogdan Bogdanovic of the Sacramento Kings handles the ball during the first half of the NBA game against the Phoenix Suns at Talking Stick Resort Arena on December 4, 2018 in Phoenix, Arizona. Christian Petersen/Getty Images/AFP

The Sacramento Kings will move on from restricted free-agent guard Bogdan Bogdanovic, electing not to match a $72 million offer sheet from the Atlanta Hawks, ESPN reported Tuesday.

The Hawks made their four-year offer to Bogdanovic on Sunday and the Kings had 48 hours to match and keep the sharpshooter in Sacramento.

Last week, it appeared Bogdanovic was heading to the Milwaukee Bucks in a deal that would have sent guard Donte DiVincenzo and forwards D.J. Wilson and Ersan Ilyasova to Sacramento. The trade was contingent on Bogdanovic signing a deal with the Bucks.

The Sacramento Bee, however, reported Wednesday that, according to a source, there “was never” a pending sign-and-trade deal with the Bucks involving Bogdanovic. On Thursday, USA Today reported the NBA was investigating whether the prospective deal violated the league’s anti-tampering rules.

The Hawks have been active in free agency, agreeing to deals with point guard Rajon Rondo, guard Kris Dunn and swingman Danilo Gallinari.