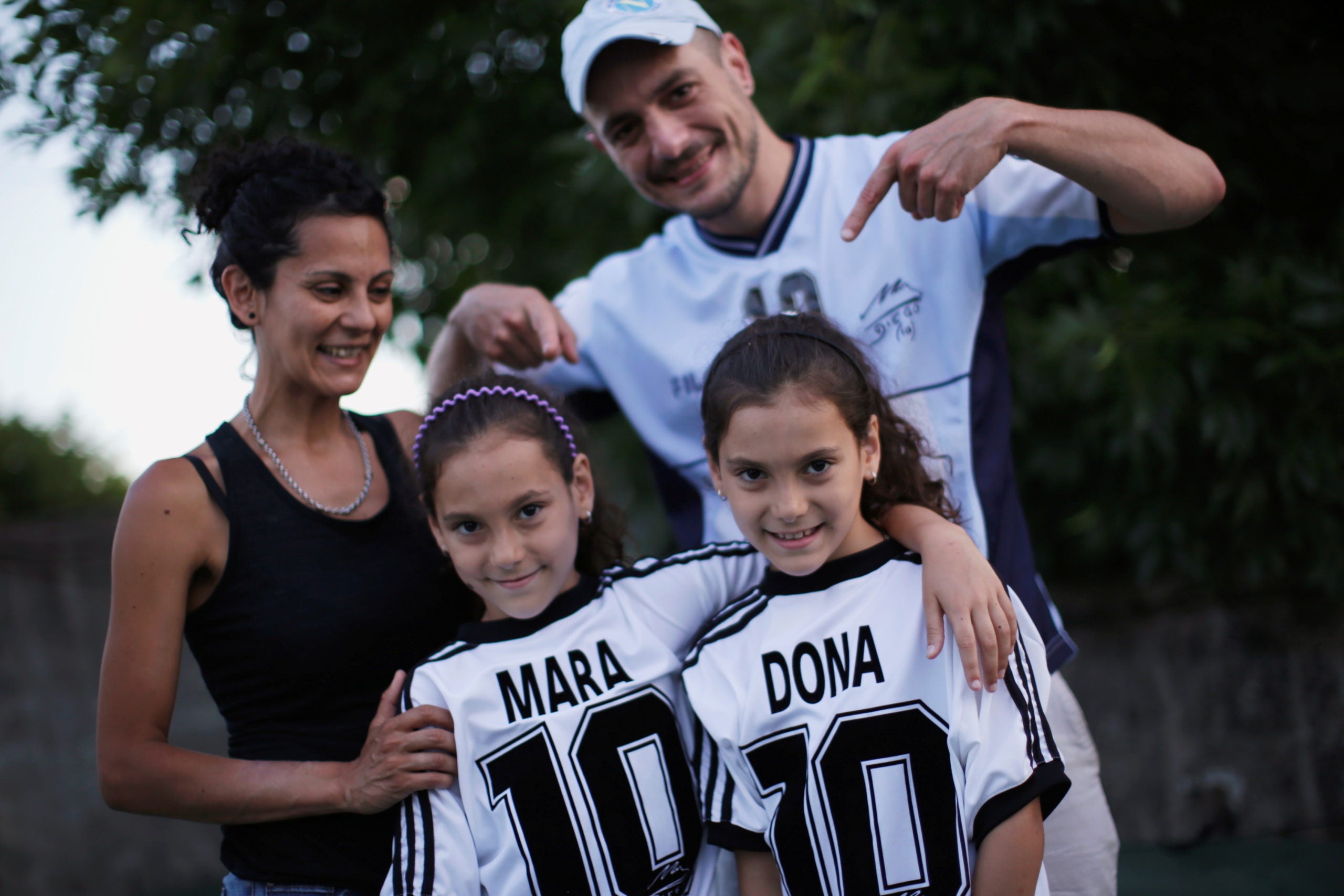 BUENOS AIRES – In the Rotundo household in Buenos Aires, the spirit of Diego Maradona has a living tribute: twin nine-year-old girls, Mara and Dona, named after the football legend who died this week.

The diminutive playmaker, one of the world’s best ever who led Argentina to World Cup glory, inspired avid support through his magic on the pitch and his charisma off it, despite a turbulent personal life dogged by addiction.

Maradona died of heart failure on Wednesday and was laid to rest on Thursday amid huge fanfare and high emotion, with thousands of people crowding the streets around the capital as his body was taken to be buried.

The naming of the twins was never in doubt, said their dad, Walter Rotundo, who has a tattoo of Maradona on his back and proudly shows a photograph of the soccer star holding a picture of the two girls as infants.

Walter said the decision over the names went back to the 1990 World Cup when he saw Maradona cry inconsolably after losing the final 1-0 to West Germany. He told his wife, Stella Maris Prez, the first time they met that they would one day have two daughters – named after the star.

Maradona has almost cult status in Argentina, where his nickname “D10S” is a play of the Spanish word for “God” and his famed number 10 shirt. Mara and Dona have their own Argentina shirts with the number and their names.

Mara, older than her sister by a minute, said she loved her name and the story behind it.

“It seems very beautiful to me to have this name and what I like the most about this name is knowing why he called me that. I feel that this name is wonderful,” she said.

Dona said Maradona’s death had come as a shock.

“I can’t believe that he died or why he died,” she said. “He is a very good person, he did not deserve that.”