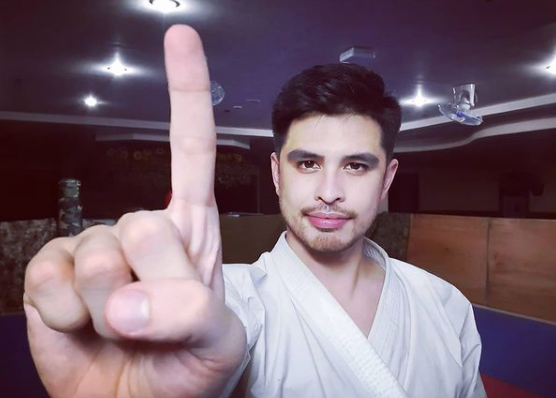 MANILA, Philippines — James De los Santos gained another accolade on Tuesday with one of his more significant wins of the year.

De los Santos, the top ekata athlete in the world, bested all competitors in the Katana InterContinental Karate League e-Tournament for his 25th gold medal overall.

“I would have to admit that this match meant a lot to me because my final opponent is Hungary’s best Senior Male Kata player. He is no. 34 in the Olympic Ranking, no. 39 in the WKF Ranking, and a Guinness World record holder,” De los Santos wrote on his social media accounts.

“Even though I emerged victorious, it was a very tough fight and an honor to be facing a kata player of such caliber. This will be a very memorable 25th Gold win.”

Showing no signs of slowing down, the 30-year-old De los Santos targets five more gold medals before the year comes to a close.

“I’m aiming to hit at least 30 by the end of the year,” De los Santos told INQUIRER.net.