In a manner even he can’t explain, Cone finds himself going for a 3-0 Finals lead | Inquirer Sports
Close
menu
search

In a manner even he can’t explain, Cone finds himself going for a 3-0 Finals lead 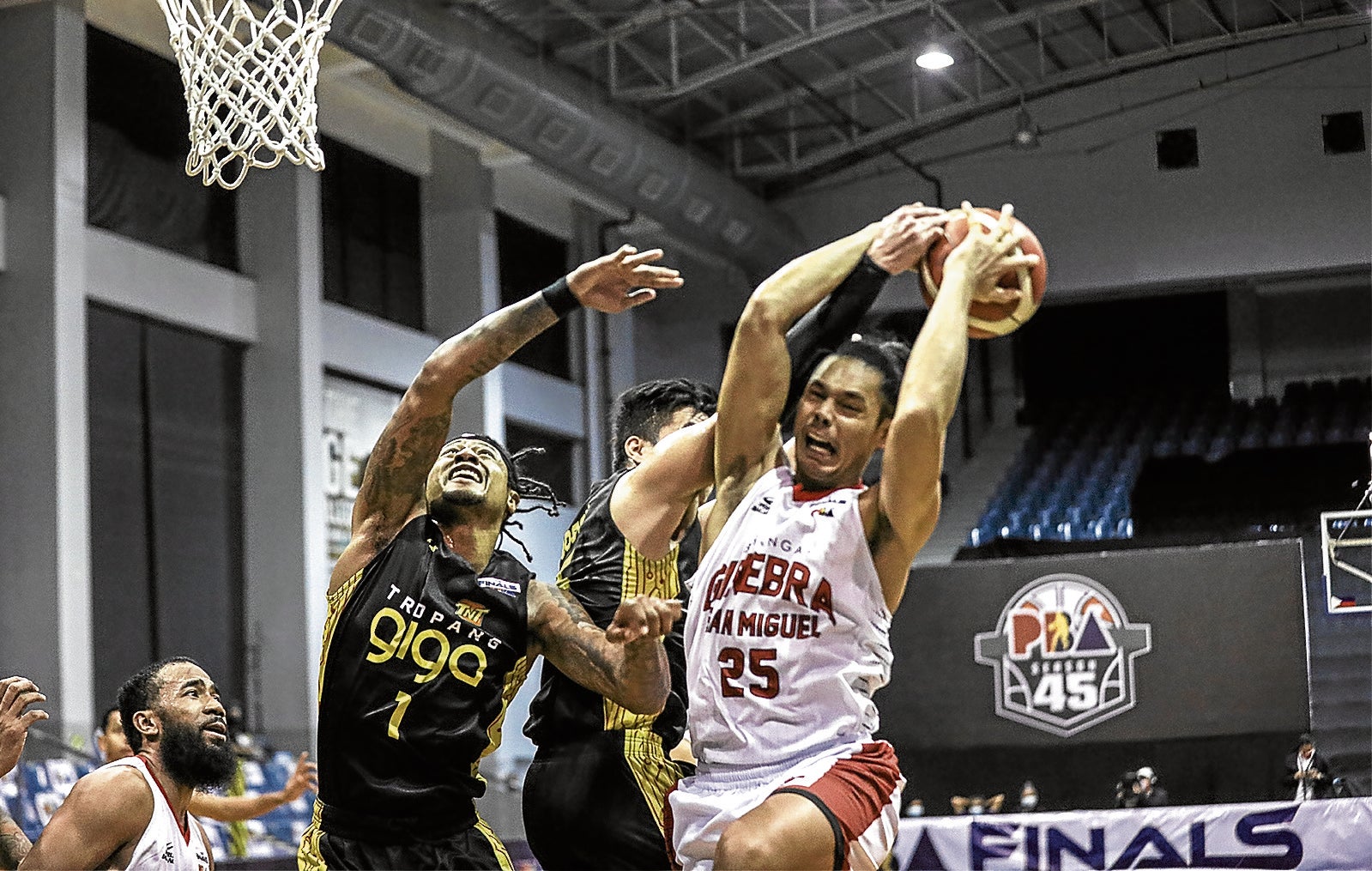 “Can I stay here for a bit?” he asked journalists and members of the television crew after the Kings’ 92-90 victory in Game 2 of the PBA Philippine Cup Finals at Angeles University Foundation.

Cone was still clueless on how Ginebra managed to pull off the victory, which grabbed a commanding 2-0 lead in the best-of-seven series. And he’d already been talking for 10 minutes or so.

“With a blink of an eye … I was like, ‘What happened, how did get it to just two?’” he asked, shaking his head.

Cone felt the Tropang Giga already had the game in the bag considering how his team wasn’t able to tick three boxes he believes are vital to winning a game.

“As (NBA champion coach) Steve Kerr [would say]: There are no magic plays. No magic way to get your guys ready, no magic way. You win based on effort, unmet focus and being brilliant on little things. Those are three Steve Kerr always talks about all the time,” the Grand Slam mentor said.

“We [lacked] in effort. We didn’t have much focus. And we certainly weren’t brilliant considering all our turnovers and the little things,” he added.

There is little that Cone cannot explain in a basketball game. He has won 21 crowns, the most among PBA coaches, and has practically seen everything in the league. But Game 2 had him stumped.

Ginebra was noticeably less active compared to the series opener, which the Kings won in overtime, 100-94. The Kings accounted for 43 rebounds in Game 2, a far cry to their Game 1 sum of 60.

But the more telling sign came from four of the Kings’ starters.

In Game 1, Japeth Aguilar, Scottie Thompson, Arvin Tolentino and LA Tenorio combined for 66 points. In Game 2, none of the four scored more than six and combined for a scant 18 points.

The Gin Kings also committed 21 errors, five more than they had in Sunday’s match. The Tropang Giga converted those to 22 points in Game 2 to build leads as big as 15 points.

“[If you play that way], usually you don’t get that Game 2 [victory]. Somehow, we did. I really can’t tell you how. I really can’t—I wish I could,” Cone said.

There’s a simplistic explanation: When it mattered the most, Ginebra made its shots. TNT didn’t.

Jayson Castro and Poy Erram, who backstopped Roger Pogoy’s gallant effort in plugging the scoring void left by injured Ray Parks Jr., were off target in the final five minutes.

Erram missed a driving layup then Pogoy flubbed a short stab. Castro rushed a wide-open three despite having enough time on the clock to hunt down a better shot, highly uncharacteristic for a veteran with multiple championships.

The Kings, meanwhile, got a go-ahead three-pointer from Thompson and free throws from Tenorio, Stanley Pringle and Aljon Mariano. The latter two were the only ones who got going offensively for Ginebra.

And then there is the explanation that defies reality.

Perhaps. Thompson’s triple, for instance, was his only field goal of the game. He finished with three points.

Cone probably wishes he can bottle up whatever magic that was as Ginebra seeks a 3-0 cushion that would spell doom for TNT.

“[Having a] 2-0 [lead] means nothing [against] a team like TNT. I honestly, truly feel that from the bottom of my heart,” Cone said.