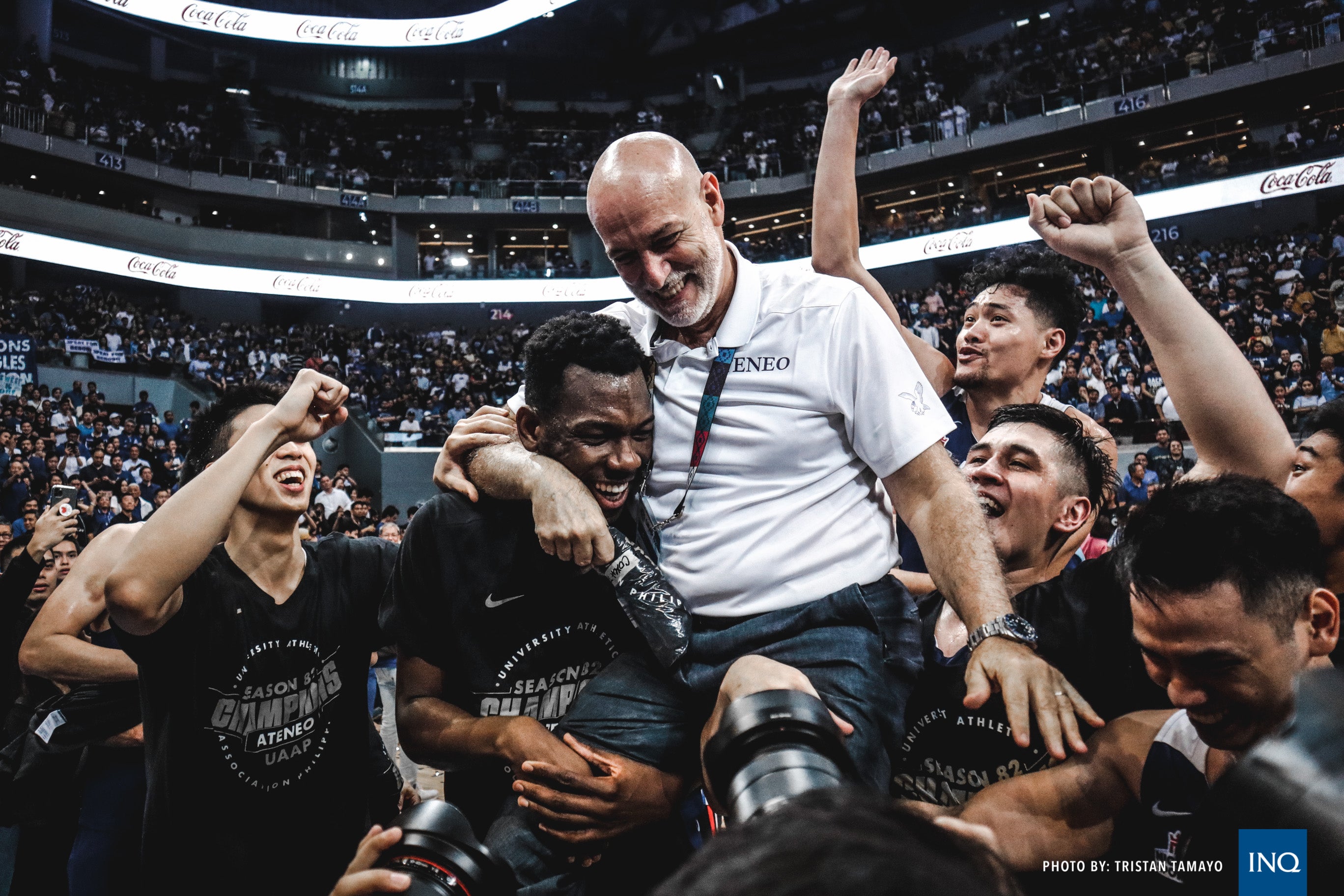 MANILA, Philippines—Ateneo coach Tab Baldwin said is he not looking to take advantage of the fact that Blue Eagles’ big man Angelo Kouame is on his way to becoming a local player once the UAAP returns to action net year.

The UAAP has been an open venue for foreign student-athletes to represent their respective schools in their chosen sport but a team is only allowed to field one non-Filipino player at any given time.

Kouame, whose naturalization got passed on House Committee level, could become a legal Filipino citizen when the UAAP resumes, which could also allow Ateneo to field one more foreign-born player.

Baldwin, though, said he won’t be jumping at that opportunity.

“I can tell you that as the coach of the team, I would not and I’m not the only decision-maker, but I would not be looking to add another import player,” said Baldwin in an interview with the Coaches Unfiltered podcast.

The amicable big man from the Ivory Coast, who won the 2018 Rookie of the Year, was chosen to be naturalized to help Gilas Pilipinas in the 2021 Fiba Asia Cup Qualifiers making him a Filipino if his naturalization is completed.

“I would not be looking to take advantage of Ange becoming a local just because possibly the rules have not considered that scenario yet,” said Baldwin.