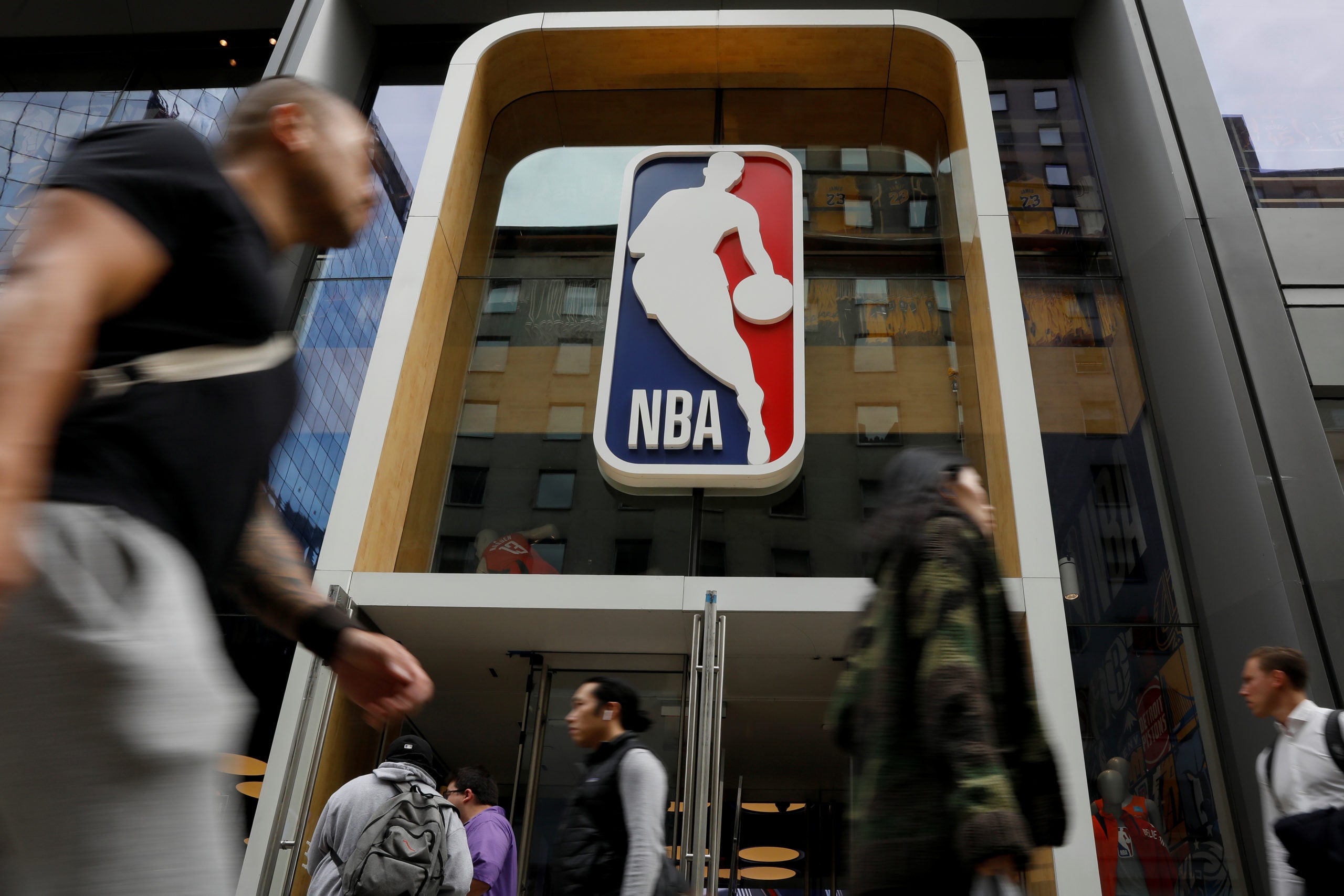 The NBA logo is displayed as people pass by the NBA Store in New York City, U.S., October 7, 2019. REUTERS/Brendan McDermid

The National Basketball Association (NBA) and its NBPA players’ association have agreed to suspend random testing for marijuana during the 2020-21 season, a league spokesman said on Friday.

Players have already arrived in their home cities for the 72-game season, which starts on Dec. 22, two months after the NBA concluded last season inside a controlled quarantine “bubble” at Walt Disney World due to the COVID-19 pandemic.

“Due to the unusual circumstances in conjunction with the pandemic, we have agreed with the NBPA to suspend random testing for marijuana for the 2020-21 season and focus our random testing program on performance-enhancing products and drugs of abuse,” league spokesman Mike Bass said.

A total of 48 players out of 546 tested positive for COVID-19 as part of the NBA’s “initial return-to-market testing phase,” the league said on Wednesday.