Having cheated death, Grosjean gets behind wheel of car again | Inquirer Sports

Having cheated death, Grosjean gets behind wheel of car again 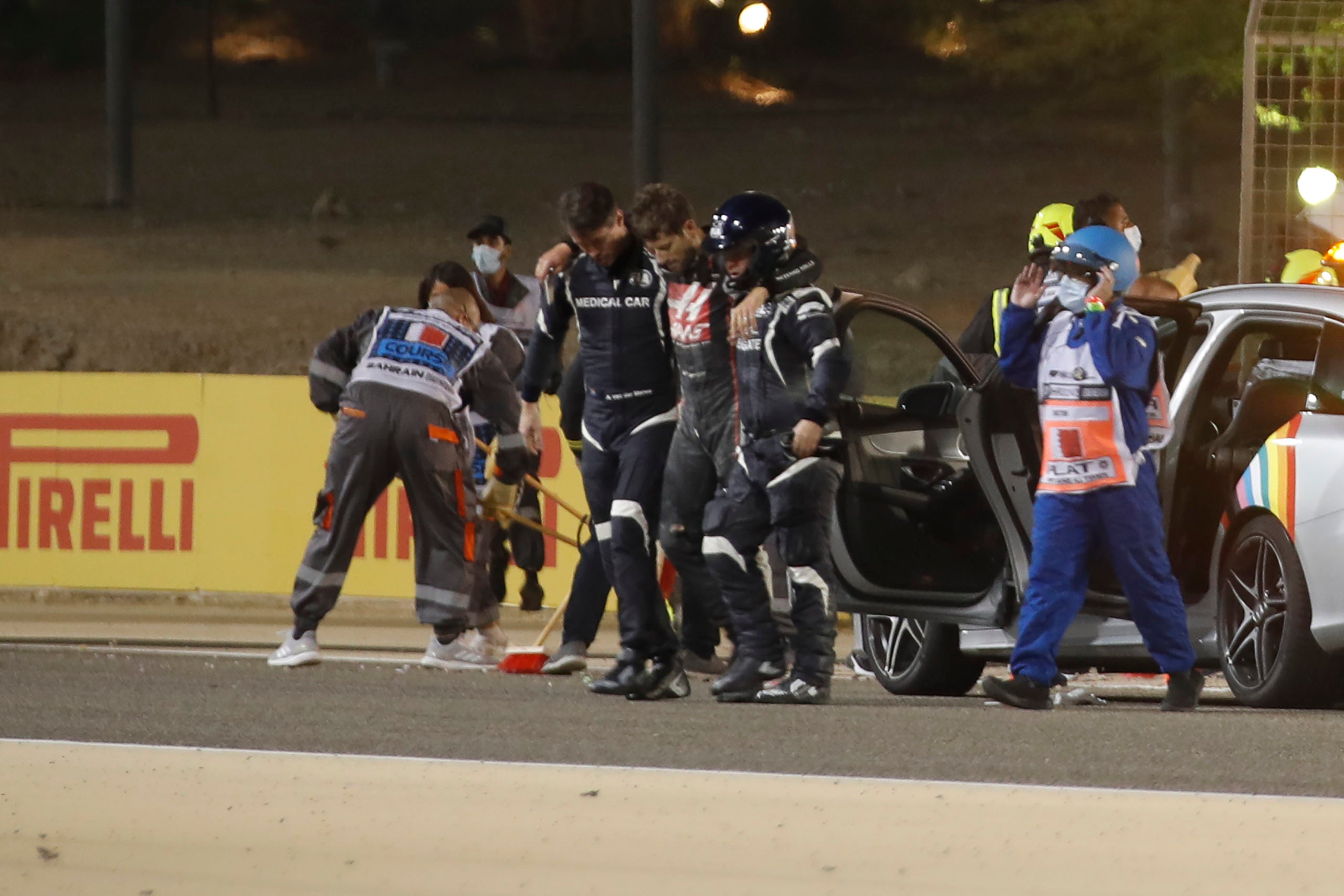 Stewards and medics attend to Haas F1’s French driver Romain Grosjean after a crash at the start of the Bahrain Formula One Grand Prix at the Bahrain International Circuit in the city of Sakhir on November 29, 2020. (Photo by HAMAD I MOHAMMED / POOL / AFP)

Romain Grosjean sat in a Haas Formula One car again on Saturday for the first time since escaping from a fiery crash with just burns to his hands during the Bahrain Grand Prix.

Just six days after the 34-year-old Frenchman extricated himself from the blaze that engulfed him on the opening lap of last Sunday’s race, he was back in the paddock again.

He later posted a photo of himself in his car on social media, adding the message: “Not my usual racing gloves on, but sitting back in @haasfeteam felt really good. I was so happy.”

Grosjean’s car split in half in a 245 kph impact with the barriers in one of the most dramatic incidents in the recent history of Formula One.

The guardrail ruptured in the crash and left him trapped in the front half of his wrecked car while the rear half broke away and stopped close by.

He has said he “saw death too closely” in the crash, telling AFP in an interview on Wednesday: “I thought: ‘It can’t end like this, not now’. I tried to get out again, but I couldn’t, so I sat down and I saw death, not close up, but from too close … It’s a feeling that I wish on no-one.”

The drivers are competing in Bahrain for the second week in a row with the Sakhir Grand Prix to take place in the kingdom on Sunday.