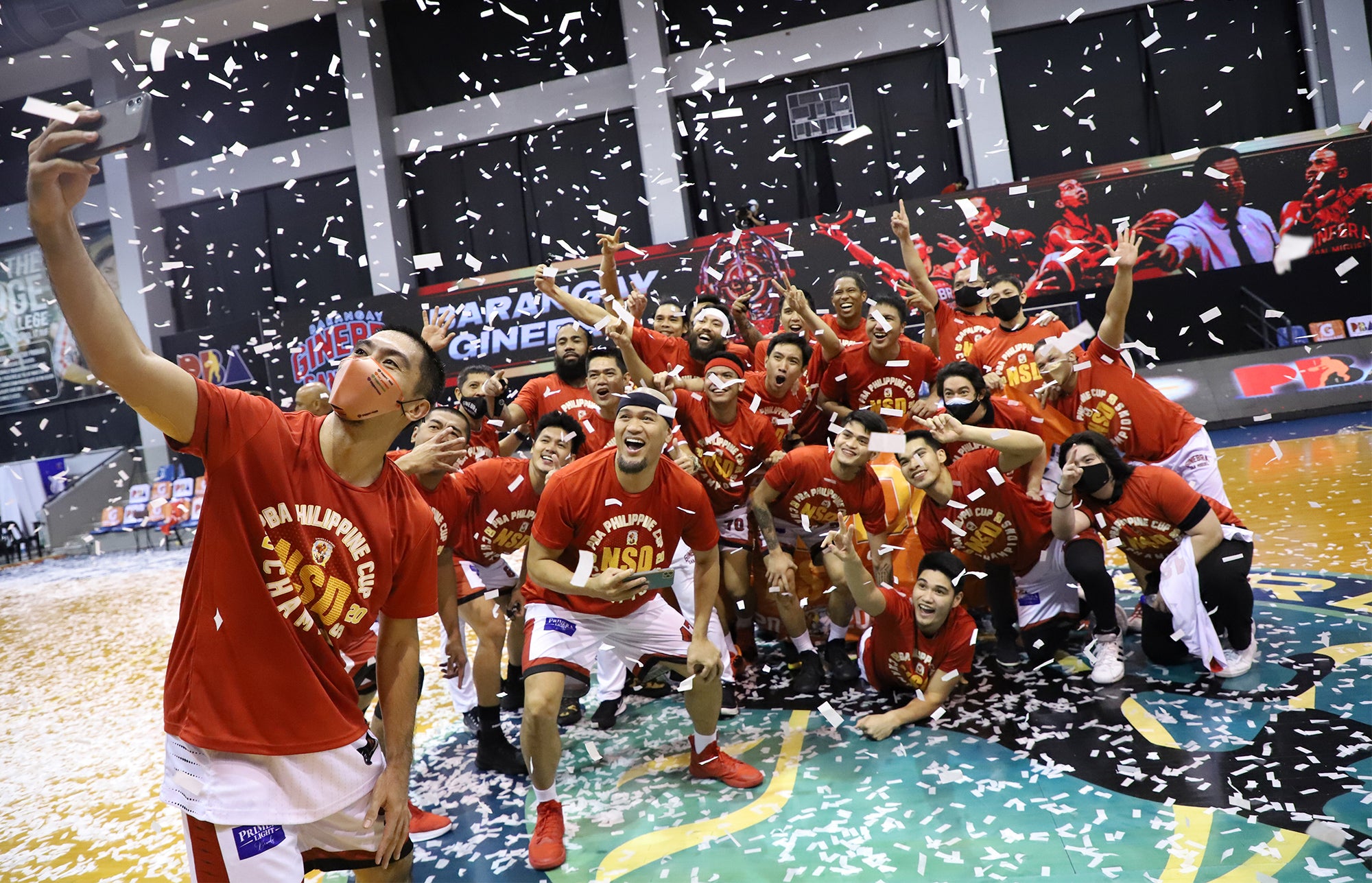 MANILA, Philippines — The drought is over for Barangay Ginebra after winning its first Philippine Cup title in 13 years following an 82-78 win over TNT on Wednesday night.

Japeth Aguilar tied his career-high with 32 points to lead the Gin Kings, who captured their 13th overall championship.

Aguilar, who went 8-of-12 from the field and had nine rebounds and three steals, capped off his sterling performance with an emphatic dunk off a lob from LA Tenorio that gave Ginebra a 78-73 cushion with less than two minutes remaining.

“When this thing started, we really didn’t have a lot of expectations for ourselves we were just thinking can we make the playoffs?” said Cone, the winningest coach in league history, after winning his 23rd crown.

Tenorio hit the title-clinching free throws with 7.6 ticks left. The 36-year-old guard went on to win the Finals MVP award.

Minus two of their stars in Jayson Castro and Ray Parks, TNT hung tough and even took a 73-68 lead with five minutes left.

But the Gin Kings responded with Stanley Pringle hitting back-to-back triples to regain the lead for good.