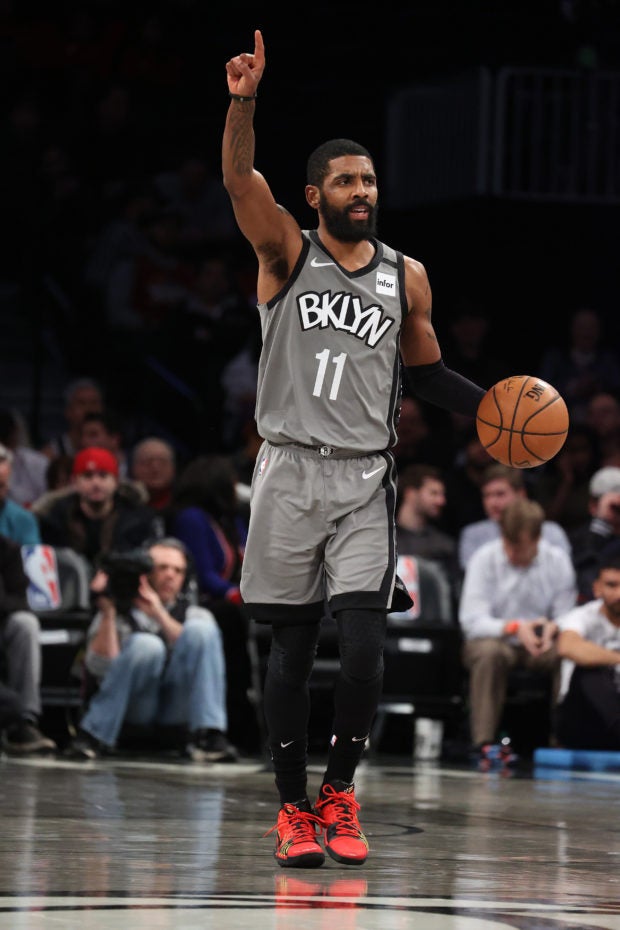 NEW YORK, NEW YORK – JANUARY 29: Kyrie Irving #11 of the Brooklyn Nets in action against the Detroit Pistons during their game at Barclays Center on January 29, 2020 in New York City.  (Al Bello/Getty Images/AFP)

NEW YORK – Kyrie Irving appeared unrepentant in an Instagram post on Friday, a day after he and the Brooklyn Nets were fined $25,000 apiece by the NBA for his violation of league media access rules.

“I pray we utilize the ‘fine money’ for the marginalized communities in need, especially seeing where our world is presently,” the six-time All-Star point guard wrote in an Instagram post that he had opened with a quote from Malcolm X.

“(I am) I am here for Peace, Love, and Greatness. So stop distracting me and my team, and appreciate the Art. We move different over here.

“I do not talk to Pawns,” Irving added. “My attention is worth more.”

The NBA fined Irving and his team on Thursday.

“The fines result from Irving’s refusal on several occasions this week to participate in team media availability,” the league said in a statement.

Irving hasn’t spoken with reporters in the buildup to the NBA pre-season, which tipped off later Friday. The Nets were scheduled to play their first pre-season game on Sunday at home to the Washington Wizards.

Irving instead issued a statement to reporters last week to “ensure that my message is conveyed properly.”

“I am committed to show up to work everyday, ready to have fun, compete, perform, and win championships alongside my teammates and colleagues in the Nets organization,” he said in the statement.

“My goal this season is to let my work on and off the court speak for itself. Life hit differently this year and it requires us, it requires me, to move differently. So, this is the beginning of that change.”