'You're scared to fight me:' YouTuber Jake Paul calls out McGregor | Inquirer Sports 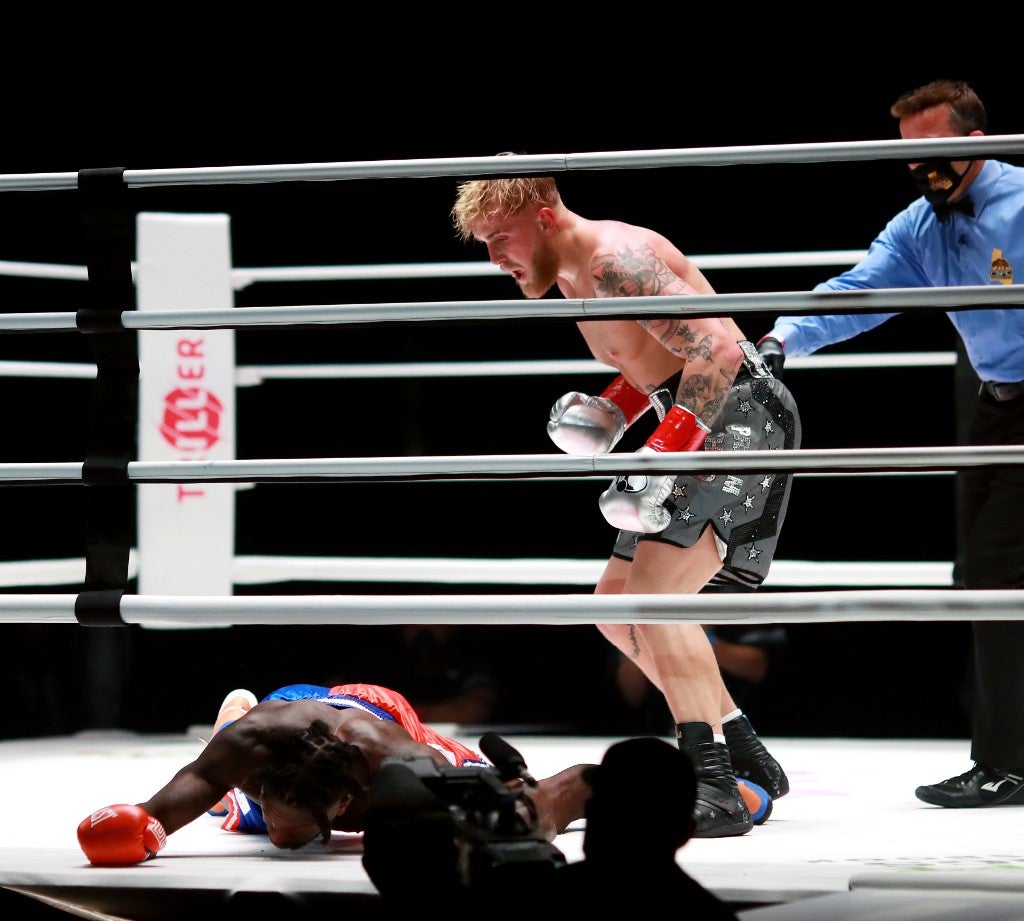 FILE – Jake Paul reacts over his knockout victory against Nate Robinson in the second round during Mike Tyson vs Roy Jones Jr. presented by Triller at Staples Center on November 28, 2020 in Los Angeles, California. Joe Scarnici/Getty Images for Triller/AFP

YouTuber-turned-amateur boxer Jake Paul pulled no punches on Tuesday as he called out Ireland’s former UFC champion and king of trash talk Conor McGregor in a foul-mouthed tirade that sent social media into a frenzy.

“My team sent you a $50 million offer this morning — 50 million cash, proof of funds, the biggest fight offer you’ve ever been offered,” Paul said while performing his best impersonation of McGregor, holding a cigar in one hand and a glass of whiskey in the other.

Paul, whose brother Logan — also a social media influencer — will face Floyd Mayweather in February in an equally bizarre exhibition bout, also took aim at Dustin Poirier, McGregor’s next opponent, with a bizarre claim that his dog had more followers on Instagram than the 31-year-old American.