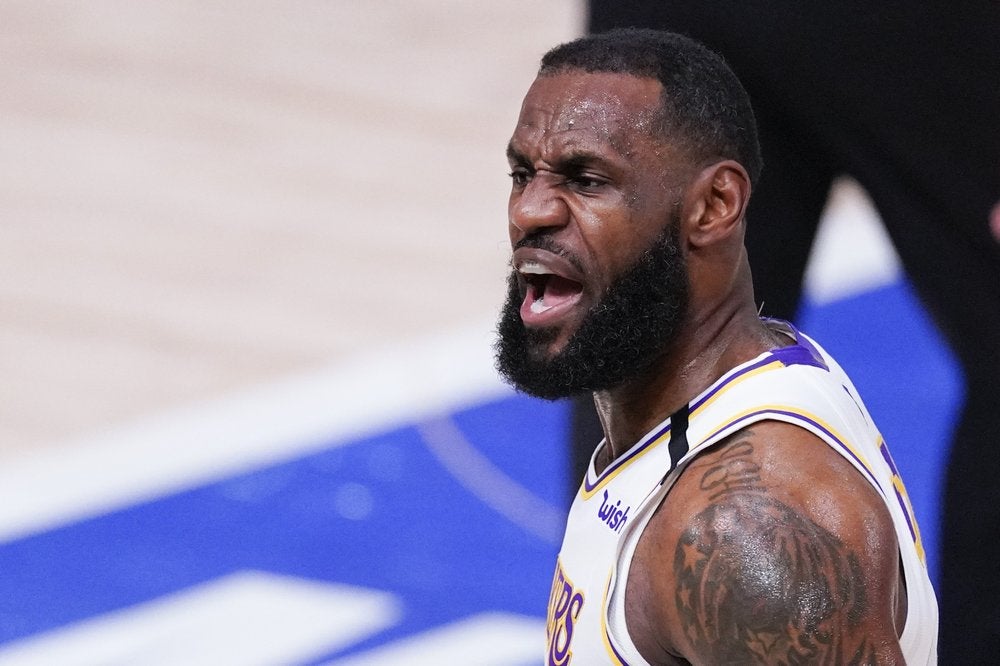 LOS ANGELES – LeBron James can strengthen his case to be called basketball’s greatest player of all time as he looks to win back-to-back championships with the Los Angeles Lakers, though even a fifth NBA title would not be enough to match Michael Jordan’s tally.

Bill Russell, Kareem Abdul-Jabbar and Kobe Bryant are names often floated in the debate over who is the GOAT but in recent years it is Jordan and James who have dominated the conversation.

James has played in almost 200 more games than Jordan, however.

The Lakes forward also led three different teams to the NBA title while Jordan earned his exclusively with a Bulls team that dominated the 1990s.

James said his 2016 triumph with the Cleveland Cavaliers and this year’s championship, which was played within a biosecure bubble, were on a different level to any other in NBA history.

“The one thing that I know for sure, that I’ve been a part of two teams that won the two hardest championships in NBA league history,” James said.

“And then what we went through in the bubble. If you were not in the bubble, you don’t quite understand it. You will never, ever understand how hard it was to win that championship, to motivate yourself.

The Lakers are favored to win it all again this year after adding guard DeMar DeRozan, reigning ‘Sixth Man of the Year’ Montrezl Harrell and veteran center Marc Gasol in the offseason to support James and Anthony Davis.

And James continues to earn praise for his work away from the court.

Recently named one of Sports Illustrated’s ‘Sportspeople of the Year’ for his activism, James has become a leader in the social justice movement that grew out of the high-profile deaths of Black people in police custody this year.

He founded the ‘I Promise School’ in his native Akron, Ohio, which is focused on educating at-risk children, and launched the ‘More Than A Vote’ campaign to help boost voter turnout ahead of the U.S. elections in November.

“More Than A Vote was definitely a success – educating our communities, empowering people and letting them understand the power of the vote and how they can create change,” he said.