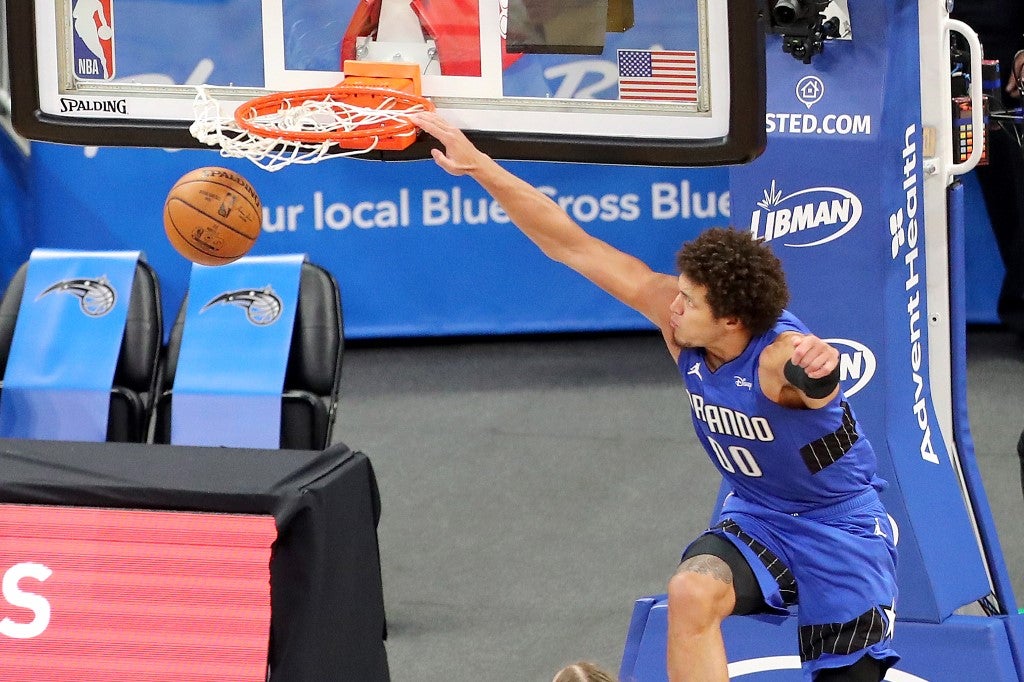 Aaron Gordon #00 of the Orlando Magic slams the ball at Amway Center on December 23, 2020 in Orlando, Florida. Alex Menendez/Getty Images/AFP

Evan Fournier scored nine of his game-high-tying 25 points in the fourth quarter, leading the host Orlando Magic past the Miami Heat 113-107 on Wednesday night in the season opener for both teams.

Magic forward Aaron Gordon fought off foul trouble to score 20 points, 11 of them in the fourth period.

Terrence Ross, who has been battling a toe injury, added 19 points for Orlando. Nikola Vucevic, who made only 2 of 8 free-throw attempts and 5 of 13 field-goal attempts, still managed 15 points and 11 rebounds. He was 3-for-5 from 3-point range.

Bam Adebayo led the Heat with 25 points, 11 of them in the fourth quarter, and 11 rebounds.

The Heat got 20 points and seven assists from Goran Dragic, 14 points from Duncan Robinson and 13 points from Tyler Herro.

The Magic also got 15 points and four assists from Markelle Fultz.

Miami led 29-27 after a first quarter that featured good shooting from both teams: 54.5 percent for Orlando and 52.4 percent for Miami. The difference was the Heat’s 3-point shooting (4-for-6) as compared to the Magic’s (2-for-7).

The Magic led 57-53 at halftime as both teams continued to shoot over 50 percent.

Butler scored nine points in the third quarter, helping Miami take an 83-79 lead. Gordon was called for two fouls — his third and fourth of the game — in the first 70 seconds of the third period, and he sat out the rest of the quarter.

That helped Miami rally as Orlando missed its final six shots of the period.

Gordon, after going scoreless in the third, scored seven points in the first 3:27 of the fourth, and the Magic rode that momentum to victory.