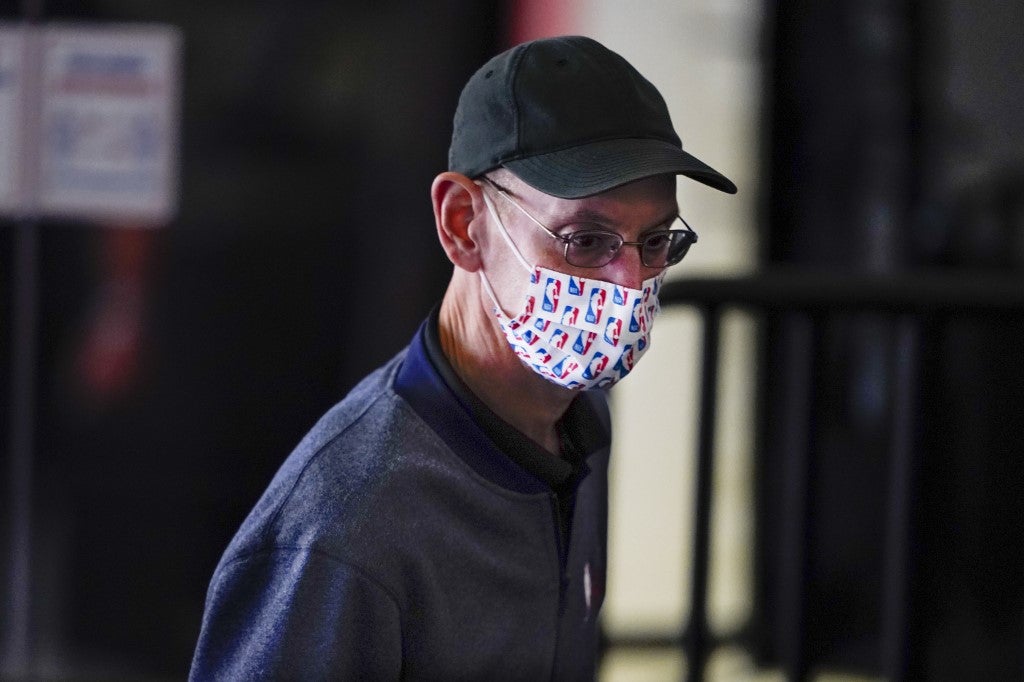 NBA Commissioner Adam Silver attends an NBA basketball game between the Dallas Mavericks and the Los Angeles Clippers during game two of the first round of the NBA playoffs at AdventHealth Arena at ESPN Wide World Of Sports Complex on August 19, 2020 in Lake Buena Vista, Florida. Ashley Landis-Pool/Getty Images/AFP

NBA Commissioner Adam Silver on Thursday said a $50,000 fine was sufficient discipline for James Harden after the Houston Rockets guard broke the league’s COVID-19 protocols by attending a recent party, adding a suspension would have been too harsh.

The Rockets’ season opener at home against the Oklahoma City Thunder was postponed on Wednesday after three of Houston’s players returned tests that were either positive or inconclusive for COVID-19. Harden was unavailable as he isolated after attending the social event, which was caught on video.

“The precedent is that discipline gets ratcheted up,” Silver said in an interview broadcast on ESPN.

“It’s Christmas. It was a first offense and the $50,000 is the limit of my authority under the collective bargaining agreement.”

“It’s a highly unusual time and we have to take that into account,” he added later.

Harden was actually lucky, Silver said. The 31-year-old would have missed out on a game day paycheck if Wednesday’s fixture had gone ahead, which would have been a larger sanction.

Instead, Harden will isolate until Friday and likely be available for the team’s new season opener on Saturday in Portland.

Also on Thursday, the NBA and the Players Association said that of the 558 players tested for COVID-19 since Dec. 16, two have returned positive tests.

“Anyone who has returned a confirmed positive test is isolated until they are cleared for leaving isolation under the rules established by the NBA and the Players Association in accordance with CDC guidance,” the NBA and the association said in a joint statement.