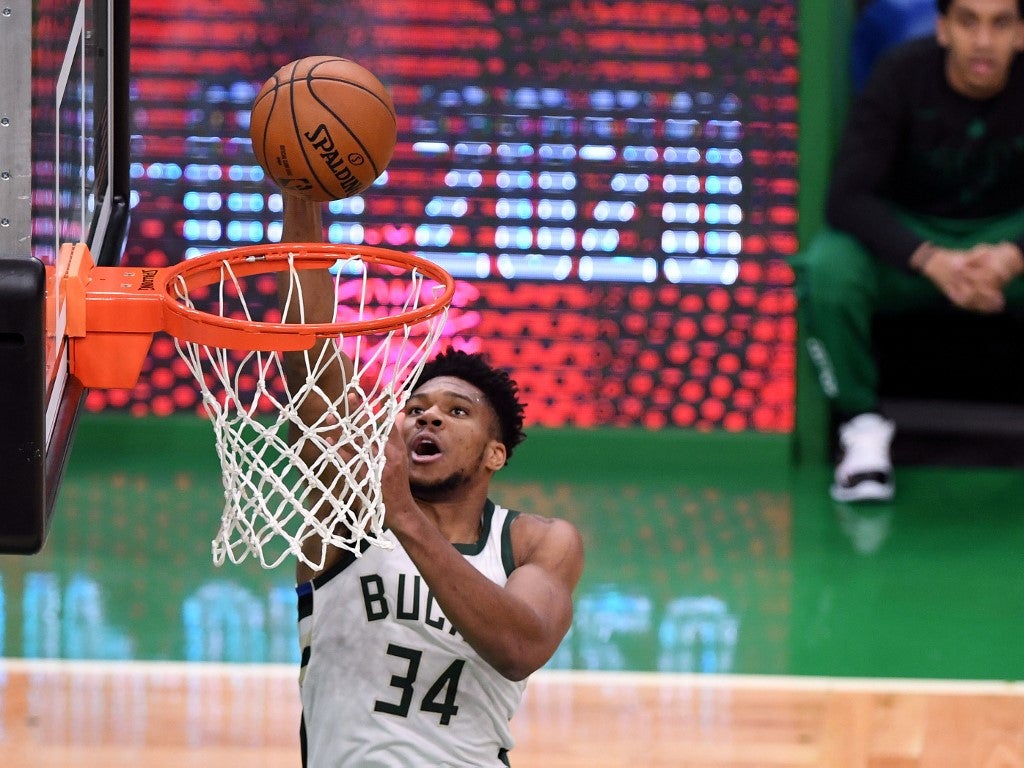 FILE – Giannis Antetokounmpo #34 of the Milwaukee Bucks attempts a basket against the Boston Celtics during the first half at TD Garden on December 23, 2020 in Boston, Massachusetts. Brian Fluharty-Pool/Getty Images/AFP

The undermanned Golden State Warriors and host Milwaukee Bucks hope a return to the national spotlight produces different results when two of the NBA’s winningest teams in recent years duel on Friday afternoon.

Despite finishing with the worst record in the NBA last season, the Warriors earned the honor of sharing the court with Kevin Durant and the Brooklyn Nets in the league’s curtain-raising game on Tuesday. Golden State, which was playing without injured Klay Thompson and Draymond Green, got clobbered by a 125-99 score.

The game figures to be a historic one for Warriors guard Stephen Curry, even if he isn’t able to help his team end a string of alternating wins and losses on Christmas the last seven seasons. Golden State posted a 116-104 win over Houston one year ago.

The Warriors once again will be without Green, who sustained a foot injury during training camp, which puts more weight on the shoulders of rookie James Wiseman.

A surprise starter at Brooklyn after having not played in the preseason following a positive COVID-19 test, Wiseman impressed everyone — including himself — with 19 points and six rebounds in 24 minutes in his NBA debut.

“I was very impressed with myself,” the 19-year-old gushed after Tuesday’s loss. “As long as I keep playing games and keep getting more experience, I’m gonna get better at it.”

The Bucks also got an encouraging performance from a newcomer in their loss at Boston. Jrue Holiday, acquired from New Orleans in the offseason, stuffed his stat line with 25 points, six rebounds, three assists, two steals and a block in his Milwaukee debut.

Holiday, who hit a go-ahead 3-pointer with 1:10 remaining, said afterward he enjoyed being a part of such a high-profile game.

“That’s what I play for,” Holiday said. “To be able to be in games like this where we are down big and coming back, big moments like that. Just taking the shot.”

Holiday, Giannis Antetokounmpo (35) and Khris Middleton (27) combined for 87 points in the defeat. The other seven Bucks who saw action accounted for just 34.

The Bucks will be looking to bounce back not only from the loss at Boston but also a disappointing effort on Christmas Day last year, when they were thumped 121-109 by Philadelphia.

The Warriors have walked away a winner in their last three visits to Milwaukee, but the Bucks won the 2020 season series with a 107-98 victory in San Francisco in the only meeting of the campaign.