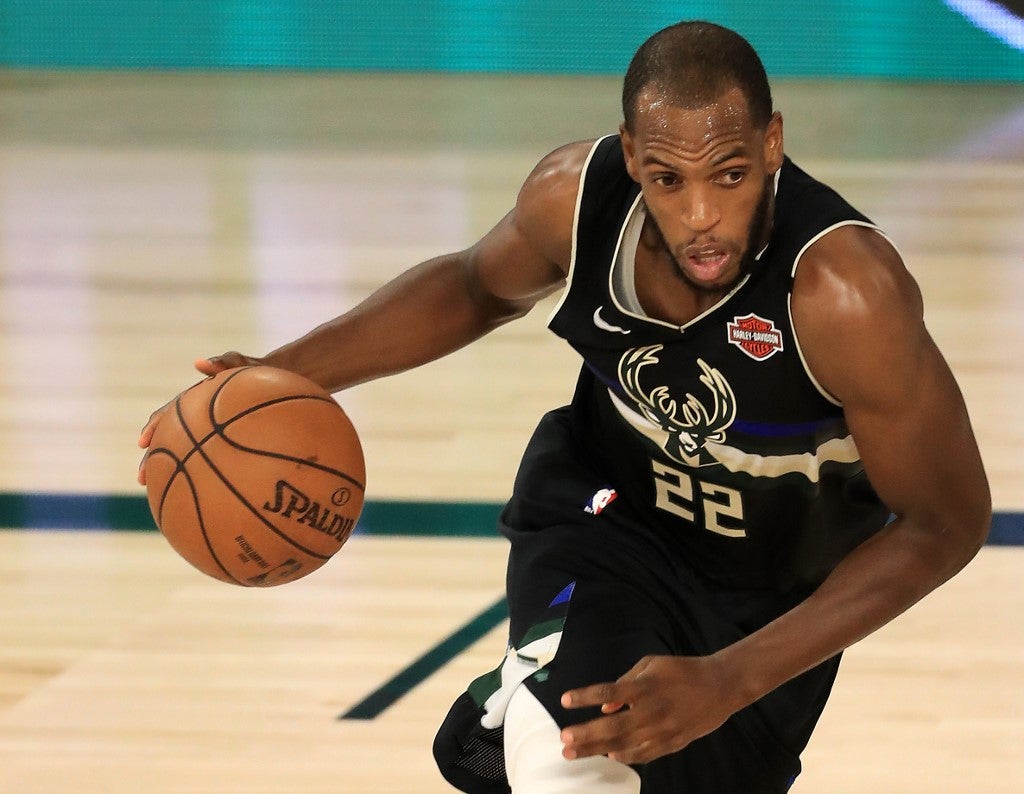 FILE – Khris Middleton #22 of the Milwaukee Bucks drives to the basket during the third quarter against the Miami Heat in Game Two of the Eastern Conference Second Round during the 2020 NBA Playoffs at the Field House at ESPN Wide World Of Sports Complex on September 02, 2020 in Lake Buena Vista, Florida. Mike Ehrmann/Getty Images/AFP

Khris Middleton scored a game-high 31 points and the Milwaukee Bucks used brilliant shooting from 3-point range to gradually pull away from the visiting Golden State Warriors for a 138-99 blowout win Friday afternoon.

Giannis Antetokounmpo was held to 15 points on 4-for-14 shooting, but Middleton and four other teammates scored in double figures as the Bucks (1-1) quickly erased the bad taste of a last-second loss at Boston with their first win of the season.

Stephen Curry had a team-high 19 points and rookie James Wiseman 18 for the Warriors (0-2), who have been outscored by a combined 65 points in their first two games.

Donte DiVincenzo and D.J. Augustin each connected on three 3-pointers in 13-point performances, while D.J. Wilson also hit three treys to account for all nine of his points for the Bucks, who were the NBA’s winningest team in the regular season last year.

Jrue Holiday totaled 12 points and a team-high six assists, while Bobby Portis logged a 10-point, 12-rebound double-double for Milwaukee, which shot 54.9 percent overall and 20-for-37 (54.1 percent) from beyond the arc.

The Bucks also outrebounded the Warriors 69-43, with Antetokounmpo complementing his 15 points with a game-high 13 boards.

Wiseman, the No. 2 overall pick in the draft, had a team-high eight rebounds and three blocks.

Antetokounmpo struggled in the first half, missing five of his six shots and seven of his 11 free throws, but the Bucks nonetheless managed a 66-56 lead at the break. Middleton was the driving force with 21 points.

Milwaukee’s biggest lead of the half was 13, held on three occasions.