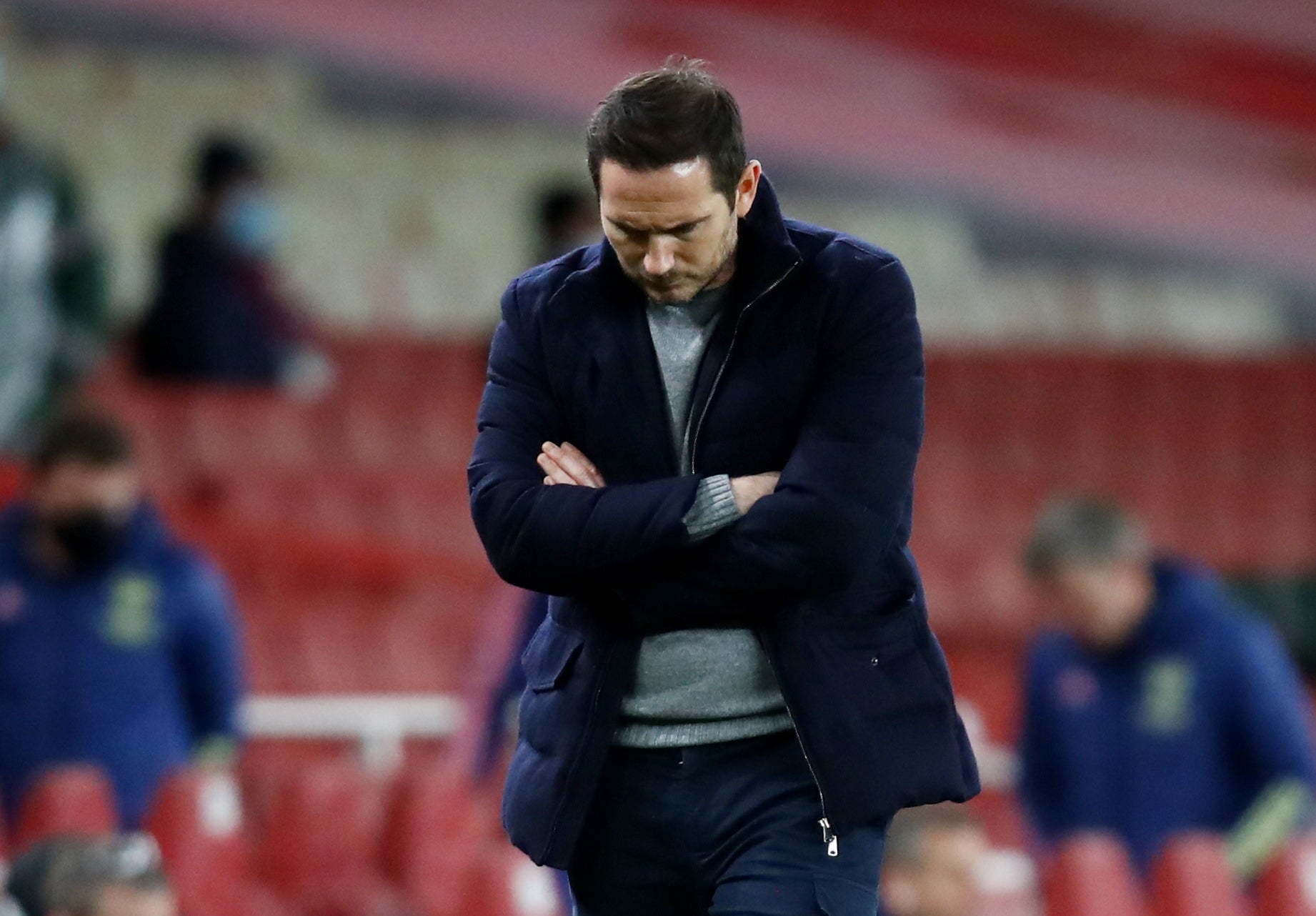 Chelsea manager Frank Lampard Pool during a Premier League game between Arsena vs Chelsea on December 26, 2020. via REUTERS/Julian Finney

Chelsea manager Frank Lampard let rip at his players following their 3-1 Premier League defeat at struggling London rivals Arsenal on Saturday, saying their “lazy” performance had cost them the chance of going second in the Premier League.

A penalty from Alexandre Lacazette and goals from Granit Xhaka and Bukayo Saka helped a youthful Arsenal side seal their first league win in nearly two months.

“It was an opportunity to go second against a team that are having a tough time,” Lampard, whose side dropped to seventh, told Sky Sports.

Chelsea improved in the second half and scored in the 85th minute through Tammy Abraham to make it 3-1 before Jorginho missed a penalty with a poor effort.

“The message was clear, Arsenal are a dangerous team. When you go out and play 60% or 70% then you’re not going to win any Premier League games.”

Arsenal manager Mikel Arteta said he was delighted with the win that lifted his team to 14th.

“It doesn’t get any better than winning a London derby against Chelsea on Boxing Day,” he said. “Hopefully this is a turning point. I know they can play at this level.

“Let’s carry on. We still have big things to improve on.”

9 dead, 6 arrested in series of raids in Calabarzon