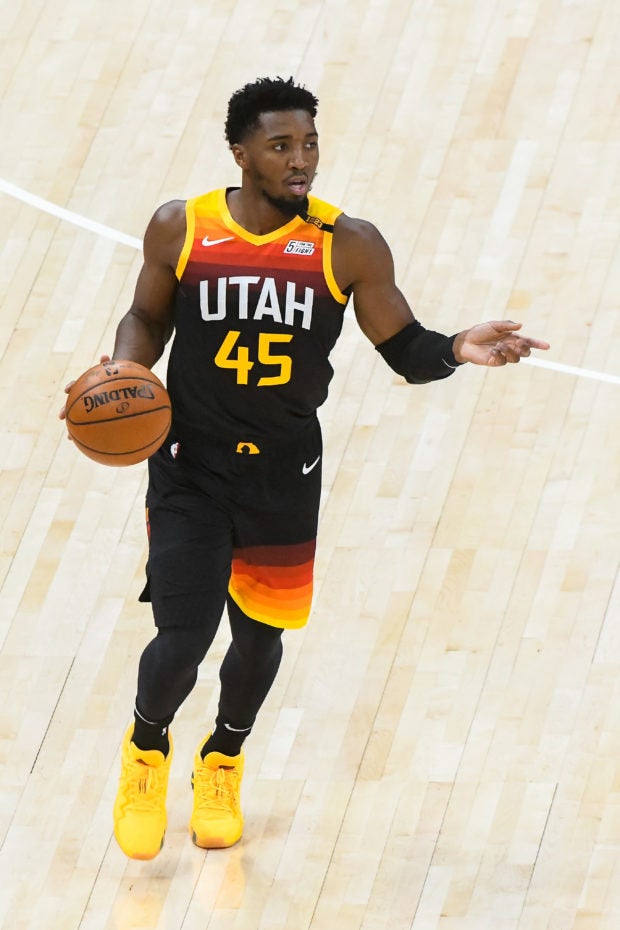 LOS ANGELES – Donovan Mitchell scored 32 points as the Utah Jazz handed Giannis Antetokounmpo’s Bucks their first loss at home this season with a 131-118 victory in Milwaukee on Friday night.

Jordan Clarkson added 26, Bojan Bogdanovic chipped in 20 points, while Royce O’Neale added 18 points for the Jazz, who made a franchise record 25 three pointers and snapped a two-game losing skid.

Mike Conley finished with a double-double, delivering 17 points and 10 assists.

Antetokounmpo scored 35 points and Khris Middleton added 31 to lead Milwaukee but their offensive prowess wasn’t enough to prevent the Bucks from dropping their first game at home in the new season.

Antetokounmpo scored 16 of his 35 points in the first quarter. Once they got going there was no stopping the Jazz offence as they pulled away for good behind a 12-0 run to open the fourth quarter.

Mitchell had back-to-back jumpers to fuel the run and Rudy Gobert scored in close to cap it off and give the Jazz a 116-96 lead with 7:18 left on the clock.

Meanwhile, Jerami Grant had 31 points and 10 rebounds as the Detroit Pistons stormed back from a 23-point first half deficit to beat the Phoenix Suns 110-105 in overtime in Detroit.

Grant has been red-hot lately as his 31 points equalled a career high which he established on Wednesday against the Milwaukee Bucks.

Delon Wright finished with 16 points, five rebounds and six assists and Blake Griffin also had 16 points for the Pistons who scored the first six points of overtime.

The Suns were clinging to a 76-72 lead entering the fourth quarter. Cameron Johnson’s dunk with 9:16 remaining gave Phoenix an 80-74 lead.

The Pistons took a one-point lead with 2:37 left when Griffin made a hook shot. Johnson answered with a three-pointer off a Paul pass.

A Mikal Bridges dunk gave Phoenix a four-point edge but the Pistons scored the last four points of regulation on two Grant free throws and a Plumlee dunk with nine seconds left.