Shorthanded NBA-best 76ers made to play, fall to Nuggets 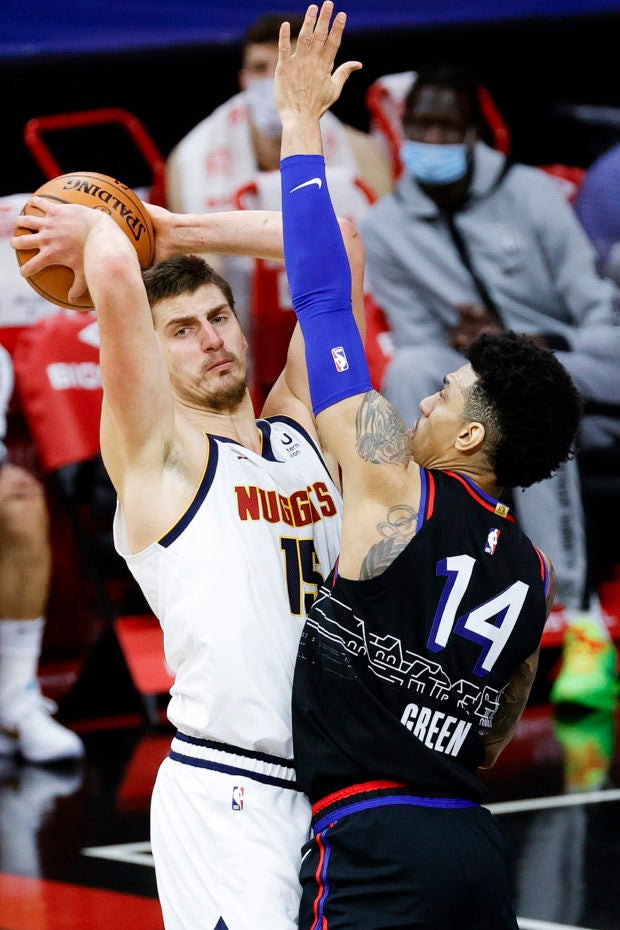 WASHINGTON – The NBA-leading Philadelphia 76ers, fielding only a minimum eight-man roster because of Covid-19 safety protocols and injuries, lost 115-103 to the visiting Denver Nuggets on Saturday.

The shorthanded Sixers, who fell to 7-3, were deemed able to play despite concerns from coach Doc Rivers about a depleted lineup after stars Joel Embiid and Ben Simmons debuted on the injured list 90 minutes before tip-off.

“We were told we were playing,” Rivers said before the game after talking to NBA oficials.

Rivers did not use Mike Scott, who missed the past four games with a bruised left knee but suited up so the 76ers would have a minimal roster.

“I don’t think we should (play) but it’s not for me to express that,” Rivers said. “I do worry about our player health.”

Cameroonian star center Embiid was sidelined with back tightness while Australian guard Simmons was out with knee stiffness.

“With the minutes we would have to ask (from Embiid), it would be insane to play him,” Rivers said.

“I trust the league and I trust the doctors as far as health-wise,” Rivers said. “I’m more concerned with health on the floor.”

All three rookies played more than 40 minutes for the outmanned Sixers, with Maxey scoring a game-high 39 points on 18-of-33 shooting plus seven rebounds and six assists.

The loss snapped a 20-game win streak for the Sixers at their home arena, dating beyond last season’s Orlando bubble into matches before the virus shutdown last March.

The Nuggets made their first six shots and seized a 12-2 lead. The Sixers fought back within 28-26 after the first quarter and stayed within 58-51 at half-time, but fatigue set in and Denver pulled away in the second half.

The Nuggets were without Michael Porter, who is in quarantine due to Covid-19 safety protocols.

“They deemed it safe enough to play,” Nuggets coach Mike Malone said. “To be honest, I think we’re going to start seeing more of this.”