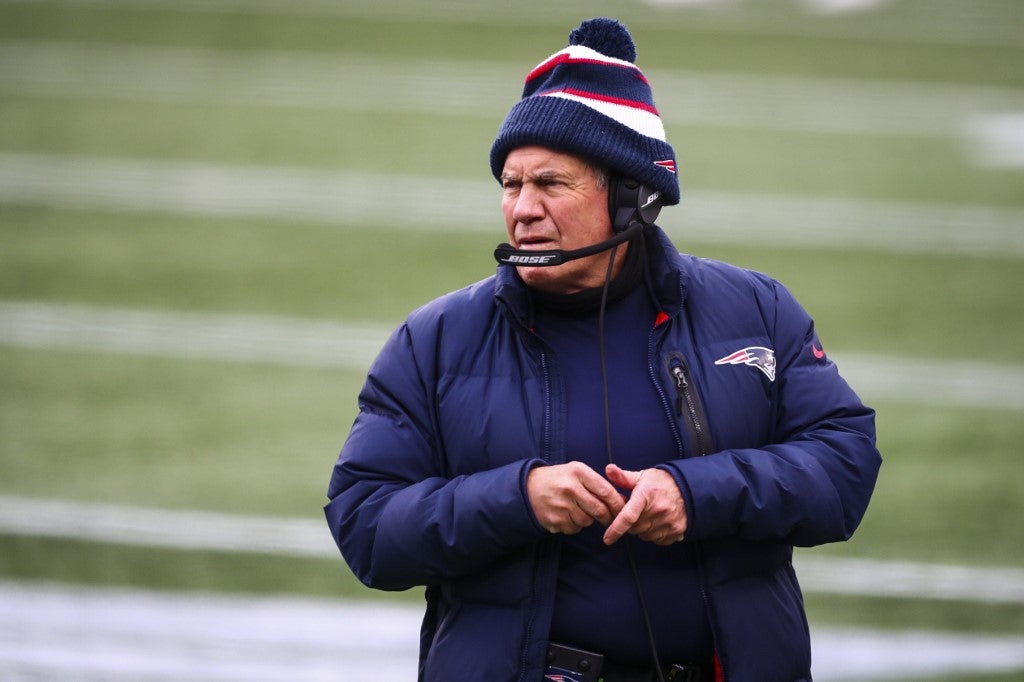 Head coach Bill Belichick of the New England Patriots looks on during a game against the New York Jets at Gillette Stadium on January 3, 2021 in Foxborough, Massachusetts. Adam Glanzman/Getty Images/AFP

New England Patriots coach Bill Belichick said Monday he would not accept the Presidential Medal of Freedom from Donald Trump as planned this week after the “tragic” riot at the US Capitol last Wednesday.

Belichick, who has guided the Patriots to six Super Bowl titles, said in a written statement that he was “flattered” to be considered for the highest civilian honor in the United States but had decided against accepting.

“Recently, I was offered the opportunity to receive the Presidential Medal of Freedom, which I was flattered by out of respect for what the honor represents and admiration for prior recipients,” Belichick said in the statement.

“Subsequently, the tragic events of last week occurred and the decision has been made not to move forward with the award.”

Reports at the weekend that Trump planned to honor Belichick on Thursday had sparked calls for the taciturn 68-year-old to refuse it as Trump faces a possible second impeachment for inciting supporters to attack the US Capitol building as legislators confirmed Joe Biden’s victory in the November presidential election.

Representative Jim McGovern and Senator Edward J. Markey, both Democratic lawmakers from Massachusetts, urged him to turn it down.

“Bill Belichick should do the right thing and say, ‘No thanks,'” McGovern told The Hill newspaper.

Belichick has been a Trump supporter, calling him the “ultimate competitor and fighter” in a letter that Trump read during a rally during the 2016 presidential campaign.

But, Belichick said in his statement, “”Above all, I am an American citizen with great reverence for our nation’s values, freedom and democracy.”

He added that “one of the most rewarding things” in his storied career was the emergence of conversations within his team “about social justice, equality, and human rights”.

“Continuing those efforts while remaining true to the people, team, and country I love outweigh the benefits of any individual award,” he said.