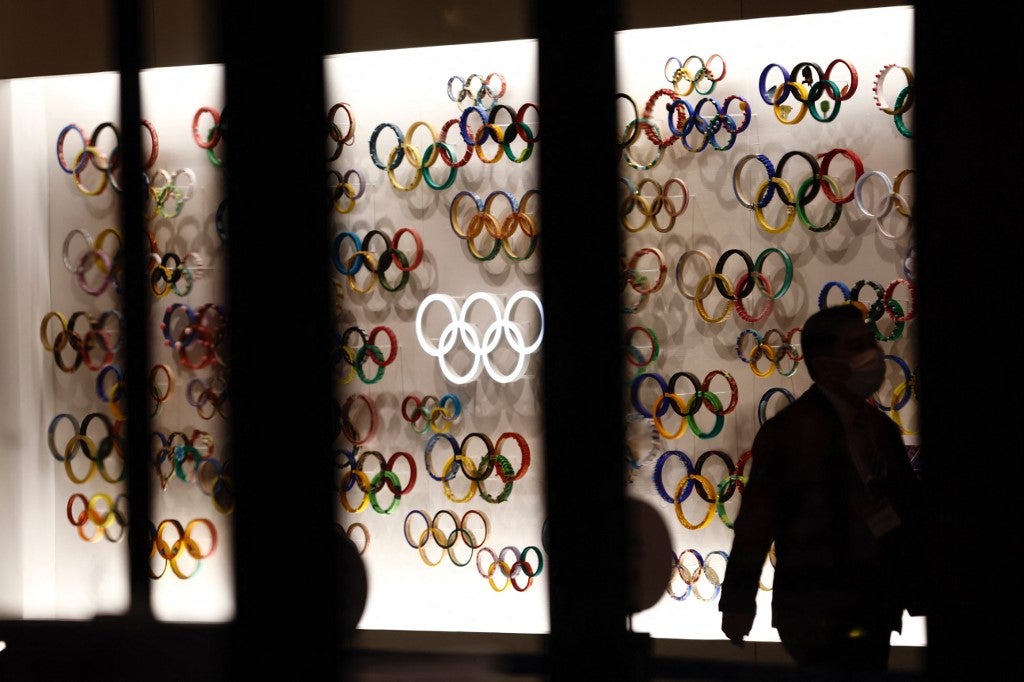 A man wearing a face mask walks past Olympic Rings at the Japan Olympic Museum in Tokyo on January 8, 2021, as Tokyo Olympics organizers insisted that the coronavirus-postponed Games will still go ahead despite Japan declaring a state of emergency less than 200 days before the opening ceremony. (Photo by Behrouz MEHRI / AFP)

TOKYO—Organisers of the postponed Tokyo Olympics should decide in February or March whether the coronavirus risks have fallen enough to let spectators attend the Games in July, the head of the organizing committee said on Tuesday.

The Japanese government and the International Olympic Committee made the decision last March to postpone the 2020 Olympics until July 2021 because of the pandemic.

Organizers have stressed they are determined to press ahead with the Games this year, even as COVID-19 cases surge, and the government announced plans on Tuesday to widen a state of emergency to stem the spread of the virus.

So far, no decision has been made whether spectators will be allowed into venues during the Games and ticket holders who no longer wish to attend have already applied for refunds.

“I think we will have to make a very difficult decision around February to March,” Tokyo 2020 Organising Committee President Yoshiro Mori said at an online lecture hosted by Kyodo News Agency.

Senior International Olympics Committee (IOC) member Dick Pound said last week that athletes should be given priority access to vaccines so that the Games can go ahead on July 23..

During his visit to Tokyo in November, IOC President Thomas Bach said athletes would be encouraged to get the vaccine but it would not be mandatory.

Two academics warned against pinning hopes on vaccinations for those taking part.

“Trying to say … that we need to provide these athletes with vaccines because these (Games) are a part of our heritage and our national pride is going to be a tough sell,” infectious diseases expert at the University of Manitoba, Jason Kindrachuk, told Reuters.

“Especially when you have a vaccine rollout program that hasn’t been working very well, you are going to have some people who are frankly quite angry and unhappy about that idea.”

Ken J. Ishii, a vaccination expert at the University of Tokyo, said it would be dangerous to use the Games as an excuse for a faster vaccine rollout.

Ishii told Reuters that a rushed vaccine rollout could fail to spot potentially dangerous side-effects and may leave athletes vulnerable.

A recent poll conducted by Kyodo found that 80% of those surveyed think the Tokyo Games should either be postponed again or canceled because of rising coronavirus cases.

However, Mori said it was “absolutely impossible” to cancel the Games again, largely because the organizing committee would not be able to keep its staff for another year.