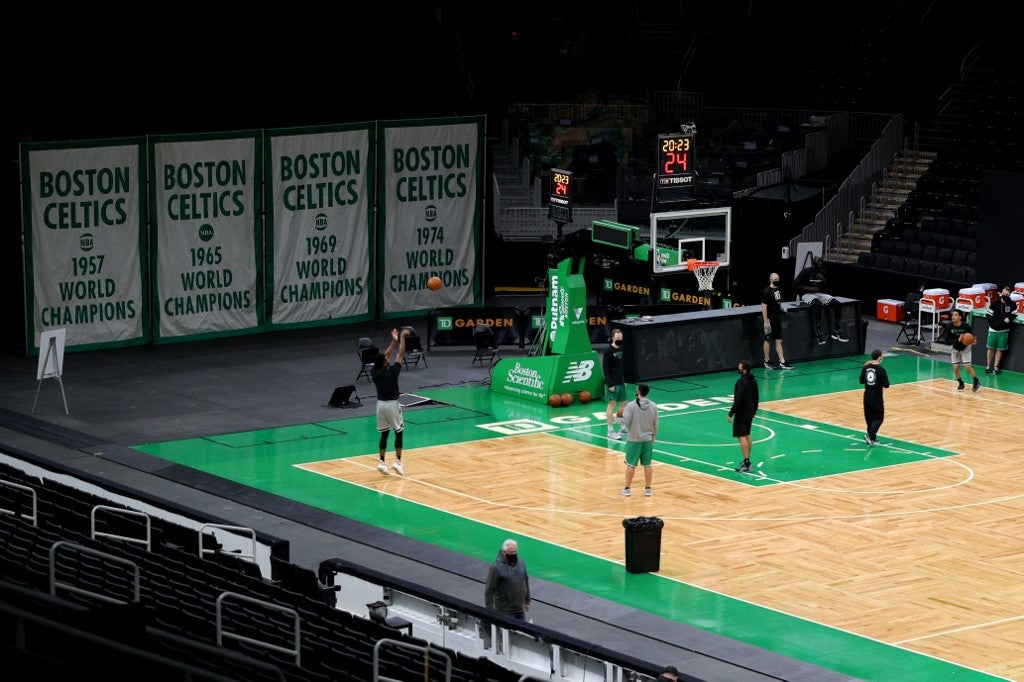 The Boston Celtics had their NBA home game against Orlando postponed by league officials on Tuesday for lacking a minimum roster after being ravaged by COVID-19.

The league said that testing and contact tracing among the Celtics left the team without eight players able to take the floor.

It marked the fifth postponement of the three-week-old NBA season due to coronavirus issues and came as team owners were set to meet following talks with the players’ union about virus health and safety protocols.

Originally set for Wednesday, it is the third Celtics fixture in four days to be wiped off the schedule, a run that began Sunday when Miami could not put the minimum eight players on the floor to face Boston due to positive COVID-19 tests and contact tracing.

The Celtics, who themselves would have had only eight players in their lineup after losing seven to the virus reserve list, also had a scheduled Tuesday game against Chicago postponed Monday by the NBA.

Tuesday’s announcement came as the Washington Wizards said they would be placing two unidentified players on the COVID-19 reserve list and called off a workout as a result.

“Out of an abundance of caution, the team has canceled today’s scheduled practice,” the Wizards said in a statement.

Early injury list postings by NBA clubs on Tuesday showed eight players out for the Miami Heat due to the COVID-19 health and safety protocols, including star Jimmy Butler, and five more sidelined for Philadelphia.

The NBA also postponed a New Orleans Pelicans game at Dallas on Monday. The first NBA game postponed this season by COVID-19 issues was a December 23 between Oklahoma City and Houston.