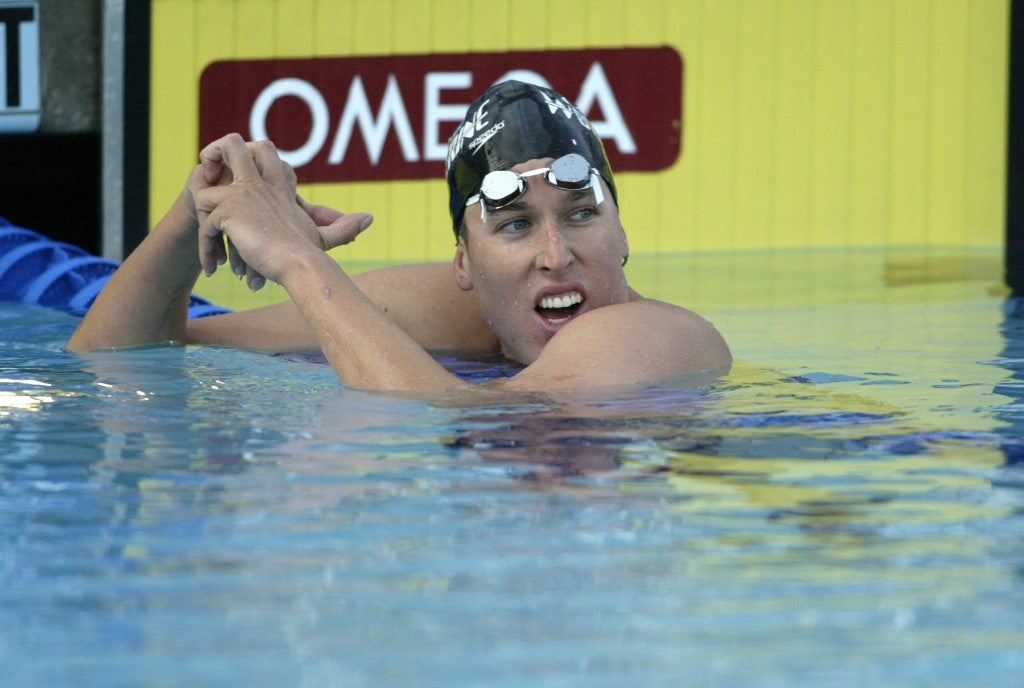 (FILES) In this file photo taken on August 06, 2005 swimmer Klete Keller looks up at his winning time after the championship final of the 400 meter freestyle at the ConocoPhillips National Championship at the William J. Woollett Aquatic Center in Irvine, California. (Photo by Todd Warshaw / GETTY IMAGES NORTH AMERICA / AFP)

US Olympic swimming gold medalist Klete Keller was charged by the Justice Department Wednesday with participating in the January 6 attack on Congress by supporters of President Donald Trump.

Keller was filmed as part of the crowd that illegally entered the huge Rotunda hall of the Capitol after violent protesters broke through police lines and forced their way in.

A statement accompanying formal charges unveiled Wednesday said police identified the three-time Olympian first by what appears to be an official team jacket bearing the large logo “USA” on the back and an arm patch that read “United States Olympic team.”

He was charged with illegally entering the Capitol, violent or disorderly conduct, and obstructing law enforcement.

His 2004 relay gold in Athens was one of the most celebrated races in swimming, with a US star team that included Michael Phelps, against an Australian foursome led by the powerful champion Ian Thorpe.

In the anchor position he was able to hold off a surging Thorpe for the win, ending years of Australian dominance in the event.

His life after the Olympics was rocky, with a divorce, multiple lost jobs, and plunge into homelessness and living out of his car for a time, he told The Olympic Channel in a 2018 podcast.