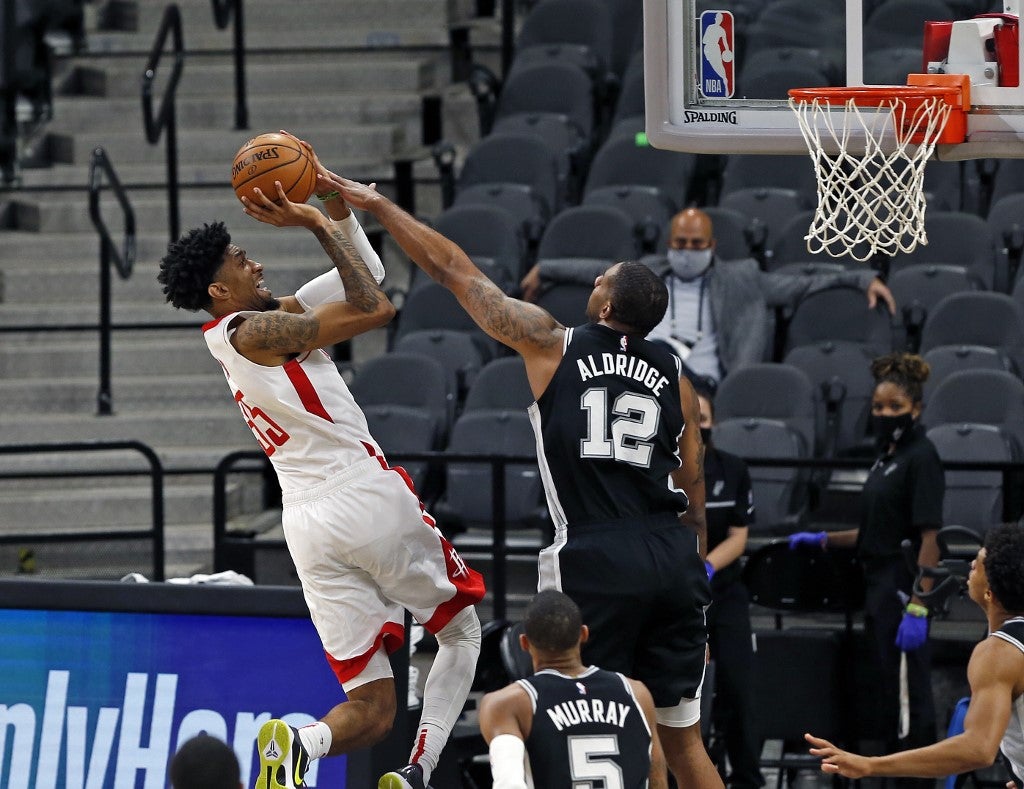 The Houston Rockets put this week’s franchise-altering trade in the rearview mirror on Thursday night as they kicked off their post-James Harden era with a gutsy comeback NBA win over the San Antonio Spurs.

Journeyman Christian Wood scored a team high 27 points and had 15 rebounds for the Rockets in a 109-105 win over the Spurs a day after Houston sent shockwaves through the NBA when they traded three time league scoring champion Harden to the Brooklyn Nets as part of a mammoth multi-team deal.

Sterling Brown delivered 23 points and Jae’Sean Tate had 13 points and 10 assists for short-handed Houston, who were coming off back-to-back blowout losses at home to the Los Angeles Lakers.

Asked what the feeling was like in the Rockets’ dressing room one day after the blockbuster deal, Wood correlated it to the never give up mindset of the late Lakers superstar Kobe Bryant.

“We have the Mamba mentality. That means everybody is thinking, everybody has a lot to prove,” Wood said. “We are all dogs out there. It starts with DeMarcus (Cousins) to me. Everybody wants to come out and play hard.”

The blockbuster trade came less than 24 hours after the disgruntled Harden declared that the Rockets were “not even close, honestly” to the league’s top competition.

Wood is with his sixth team in five NBA seasons since turning pro with the Philadelphia 76ers in 2015. Houston signed him in November to a three-year deal after he played 62 games with the Detroit Pistons last season.

“Every single night I have to come out and think I am the best player.”

Wood made his Rockets’ debut in December, tallying 31 points, 13 rebounds and three assists in a thrilling 128-126 overtime loss to Portland.

Thursday’s win was just as entertaining as the Rockets held on for the victory after being outscored 52-45 over the second and third quarters.

Spurs star DeMar DeRozan’s shot as the clock was winding down bounced twice on the rim before falling harmlessly away to seal the win for the Rockets.

Elsewhere, Chris Boucher matched his career best with 25 points and added 10 rebounds as the Toronto Raptors held off the Charlotte Hornets 111-108.

In Philadelphia, Shake Milton scored a season-high 31 points off the bench, Tobias Harris added 18 and the Philadelphia 76ers rolled over the depleted Miami Heat 125-108.