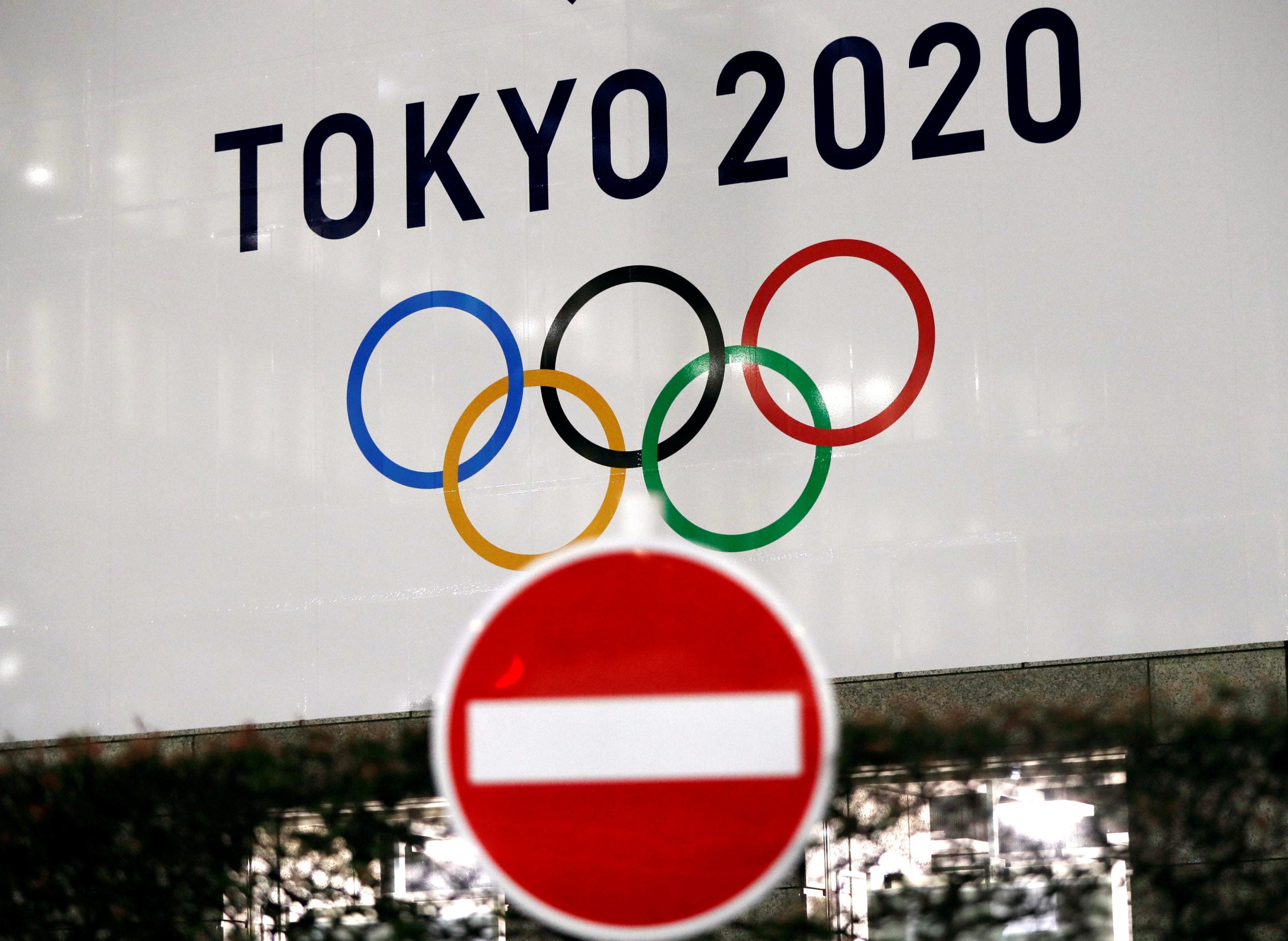 FILE PHOTO – A banner for the upcoming Tokyo 2020 Olympics is seen behind a traffic sign, following an outbreak of the coronavirus disease (COVID-19), in Tokyo, Japan, March 23, 2020. REUTERS/Issei Kato

TOKYO- Japan’s government has privately concluded the Tokyo Olympics will have to be canceled because of the coronavirus pandemic, The Times reported, citing an unnamed senior member of the ruling coalition.

The government’s focus is now on securing the Games for Tokyo in the next available year, 2032, the newspaper said.

Japan has been hit less severely by the pandemic than many other advanced economies, but a recent surge in cases has spurred it to close its borders to non-resident foreigners and declare a state of emergency in Tokyo and major cities.

About 80% of people in Japan do not want the Games to be held this summer, recent opinion polls show, over fears the influx of athletes will spread the virus further.

Against this backdrop, the government is seeking a way to save face by announcing a cancellation that leaves the door open to Tokyo hosting at a later date, The Times report said.

“No one wants to be the first to say so but the consensus is that it’s too difficult,” The Times quoted the source as saying. “Personally, I don’t think it’s going to happen.”

Games organizers did not immediately respond to a request for comment on the report. Organizers and the Japanese government have previously vowed to press ahead with preparations for the Games, scheduled to open July 23.

Prime Minister Yoshihide Suga this week said the showpiece event would “bring hope and courage to the world.”

International Olympic Committee President Thomas Bach reaffirmed his commitment to holding the Games this year in an interview with Kyodo News on Thursday.

“We have at this moment, no reason whatsoever to believe that the Olympic Games in Tokyo will not open on the 23rd of July in the Olympic stadium in Tokyo,” Bach told Kyodo.