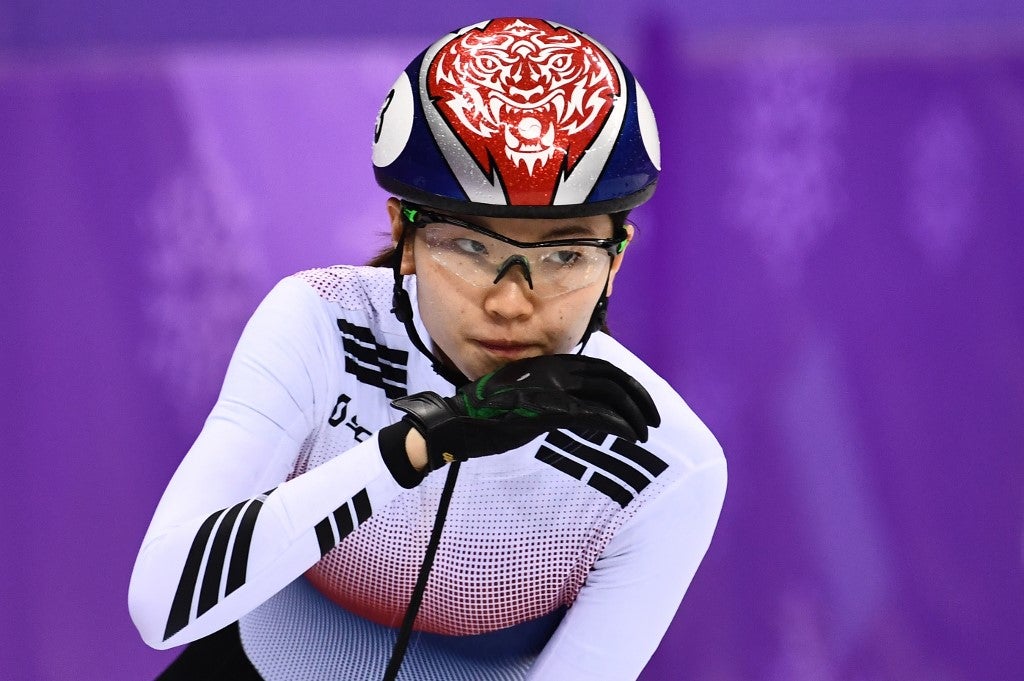 South Korean double Olympic champion skater Shim Suk-hee is seeking a heavier sentence for her former coach, her lawyer said Friday, after he was jailed for more than a decade for sexually assaulting her over several years.

The development came as a former physical therapist was imprisoned for eight years in a separate case for sexually and physically abusing a female triathlete who took her own life.

Short track skater Shim — one of the country’s top female sports stars — went public in 2019 with accusations that coach Cho Jae-beom had sexually abused her for three years, starting when she was 17.

Her action confronted a culture of shame in the socially conservative nation and prompted a series of athletes to come forward with similar allegations, leading to apologies from sporting authorities.

Cho was convicted and sentenced to 10 and a half years in jail by the Suwon District Court on Thursday, but Shim’s lawyer said they will ask the court to impose a longer term.

“As a victim, (Shim) hopes that an appeal by the prosecution will result in more severe punishment,” Im Sang-hyeok, Shim’s lawyer, told AFP.

The Suwon Prosecutor’s Office told AFP that it will “thoroughly” consider the ruling and Shim’s demand for a heavier penalty.

Now aged 23, Shim has four Olympic medals to her name, including relay golds at both Sochi 2014 and on home ice during the Pyeongchang Games four years later.

South Korea is a regional sporting powerhouse, regularly in the top 10 medal table places at both the summer and winter Olympics, with short-track speed skating providing many of its titles.

But in an already intensely competitive society where coaches hold immense sway over athletes’ careers, the sport was long known to be rife with physical and verbal abuse.

Cho was sentenced to 18 months in jail in January 2019 on separate charges of physically abusing Shim — violence that she told the court began when she was seven.

Shim exposed the truth out of a desire “to convince the world that no-one should ever again be victimized like her”, her lawyer Im said, and hoped that the ruling “helps victims somewhere in our society to speak up in the future”.

In another sporting abuse case, a former physical therapist was sentenced to eight years in prison Friday and fined 10 million won for sexually and physically assaulting triathlete Choi Suk-hyeon, who took her own life last year.

Choi killed herself because she “couldn’t bear” the years of abuse by Ahn Joo-hyeon any further, the Daegu District Court said in its verdict, according to Yonhap news agency.

“A serious punishment commensurate with the graveness of the crime is inevitable,” it added.

In one of her last text message conversations with her mother, which was widely circulated in local media, Choi begged her to “lay bare the sins” of her abusers.

Her other alleged abusers are on trial at the same court.