Out then in, Djokovic plays a set in Adelaide exhibition | Inquirer Sports
Close
menu
search

Out then in, Djokovic plays a set in Adelaide exhibition 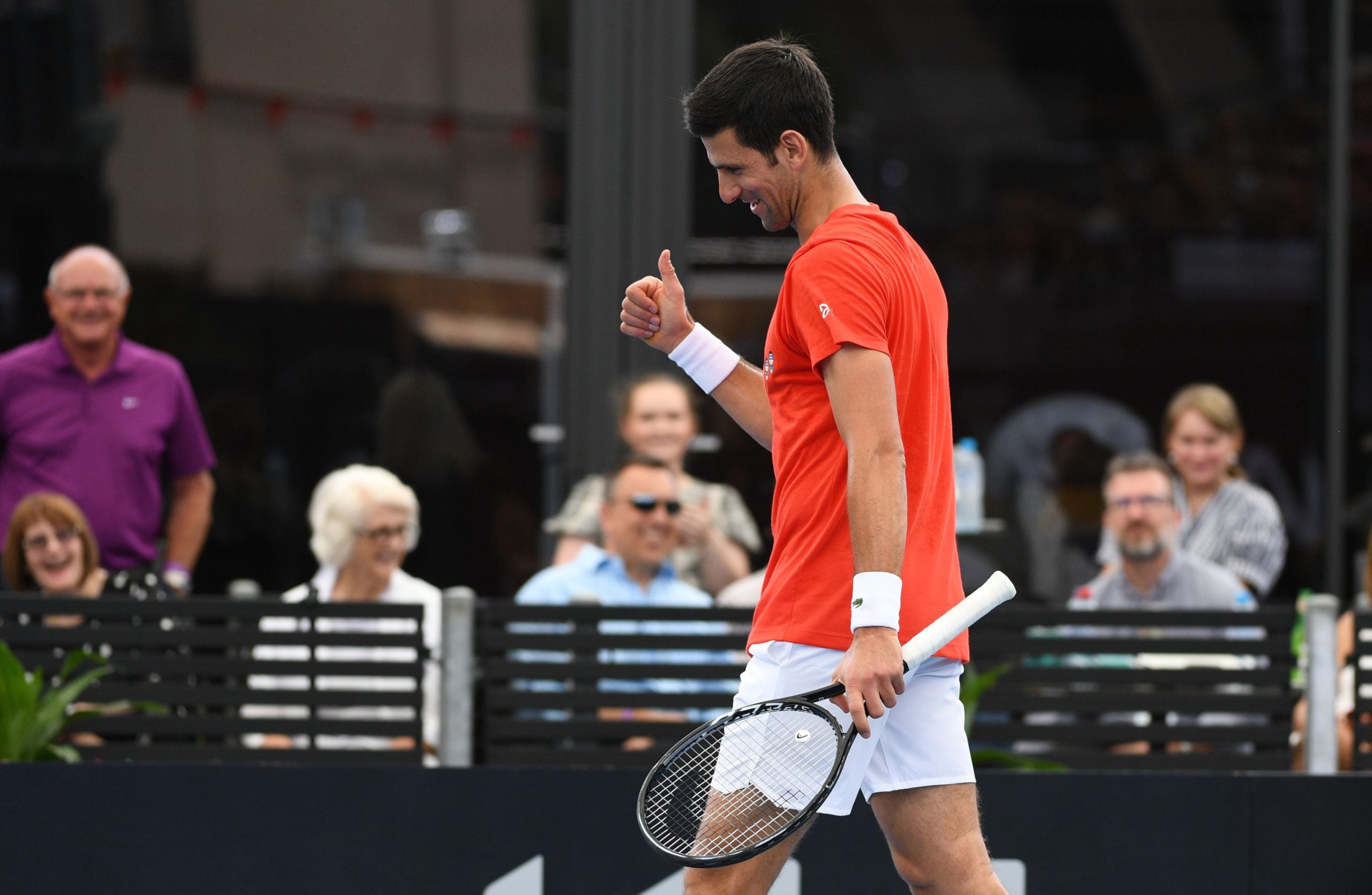 Serbia’s Novak Djokovic reacts during his first match against Italy’s Jannik Sinner at A Day at The Drive on January 29, 2021. REUTERS/Morgan Sette

MELBOURNE —World number one Novak Djokovic pulled out of an Adelaide exhibition because of a blistered hand on Friday before appearing on court to play a set after all, helping his compatriot Filip Krajinovic beat Jannik Sinner.

Djokovic was scheduled to kick off the “Day at the Drive” event in front of a crowd of 4,000 at Adelaide’s Memorial Drive Tennis Club but pulled out minutes before he was due on court and was replaced by Krajinovic.

After his practice partner had won the first set, however, Djokovic bounded into the arena and proceeded to wrap up a 6-3 6-3 win over the Italian teenager.

“I’m sorry that I didn’t step in on the court from the beginning,” said Djokovic, who was celebrating his first day of freedom after 14 days in quarantine.

“I had to do some treatment with my physio, I wasn’t feeling my best for the last two days and I didn’t know how I was going to react.”

Djokovic looked to be largely unhindered by the nasty-looking blister on the palm of his right hand.

“It’s not easy but it’s part of what we do, we’re professional athletes, we learn over the years to play with the pain,” he added.

A close up of Novak Djokovic's giant blister.

“It’s just a case of whether that pain is bearable or not. Obviously, coming off a hard training block and having the ATP Cup and Australian Open coming up you don’t want to risk it too much.”

Djokovic and Krajinovic will join forces again in the Serbia team defending the ATP Cup in Melbourne next week before the former launches his bid for a ninth Australian Open title on Feb. 8.

Serena Williams beat Naomi Osaka 6-2 2-6 (10-7) in a ‘super breaker’ in the second match with both players united in their excitement at playing in front of fans.

“We haven’t played in front of a crowd in over a year so it’s been a really long time,” said Williams, who has been isolating with her 3-year-old daughter.

“We were so happy just to be here. Now it’s worth it.”

Rafa Nadal, Dominic Thiem and Simona Halep are all scheduled to play later matches after also coming out of quarantine. Women’s world number one Ash Barty takes on Halep in the final match of the day.