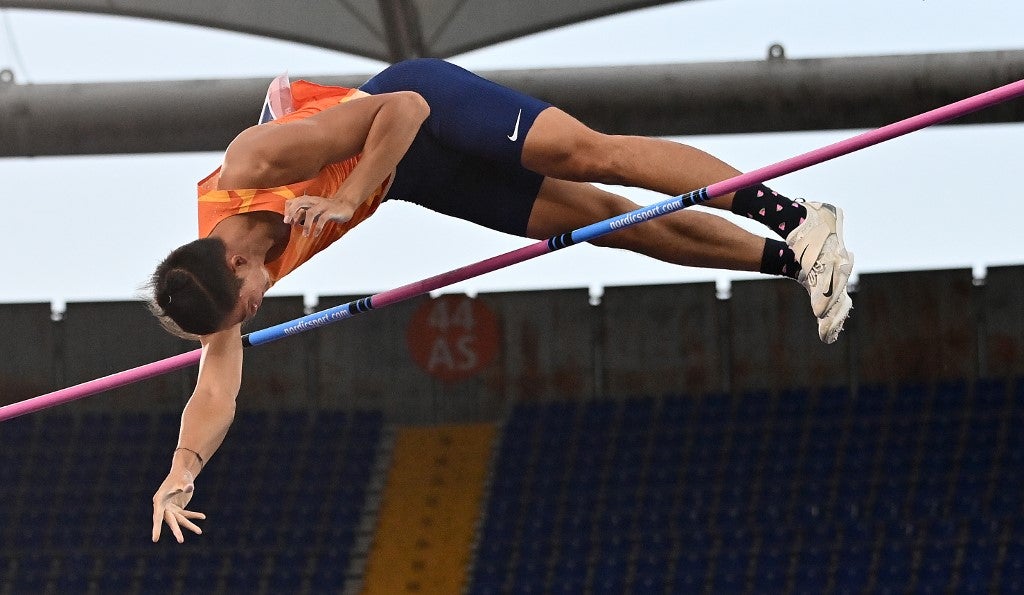 FILE – Philippines’s Ernest John Obiena compete in the men’s Pole Vault during the IAAF Diamond League competition on September 17, 2020 at the Olympic stadium in Rome. (Photo by ANDREAS SOLARO / AFP)

MANILA, Philippines — Tokyo Olympics-bound EJ Obiena had a solid start to his 2021 campaign with a record performance in the Karlsruhe World Indoor Tour Meeting Saturday at Europahalle in Karlsruhe, Germany.

The Filipino pole vaulter set a new Philippine indoor mark after clearing 5.62 meters to finish fifth in the competition.

His previous high was 5.43m, a mark he cleared in the 18th International Pole Vault Meeting in Potsdam

France’s Renault Lavillenie, a gold medalist in the 2016 Rio Olympics and a silver winner in the 2012 London Games, topped the Karlsruhe event clearing 5.95m.

Torben Blech of Germany finished ahead of Obiena at 5.72m.