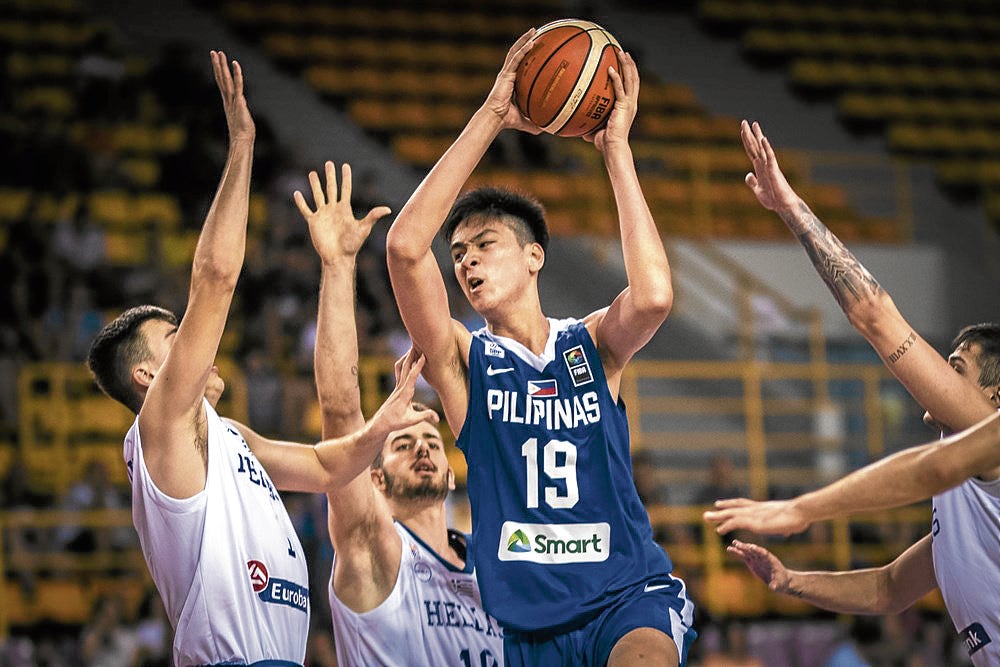 Kai Sotto, who planed in a couple of hours before midnight on Tuesday, is currently quarantined and has taken a first polymerase chain reaction test to fulfill all government requirements before he plays for the Gilas Pilipinas men’s team for the first time later this month and signal the start of an era in Philippine basketball.

The only thing left hanging now is when he can join the National squad for training in a bio-secure facility in Laguna.

Samahang Basketbol ng Pilipinas (SBP) officials are keeping their fingers crossed that Sotto would only need to stay in isolation for five days—the old protocol before a new one was laid down just one day before his arrival.

The Inter-Agency Task Force for the Management of Emerging Infectious Diseases announced a new rule starting Feb. 1 requiring incoming passengers from identified COVID-19 hotspots in the world to quarantine for 14 days. Sotto flew out of the United States before that date.

Sotto arrived in Manila with his father, former pro Ervin. And if that rule is applied to Sotto, then he will be able to join camp only on Feb. 16, two days before the Nationals open up against South Korea in the third window of the Fiba (International Basketball Federation) Asia Cup qualifying which was transferred to Doha in Qatar.

While the SBP had previously announced that there was the possibility of Doha officials switching up the schedule to accommodate the large number of teams that have been transferred there from other canceled window hostings, the Fiba website still has the Philippines battling Korea on Feb. 18, Indonesia on Feb. 20 and Korea again on Feb. 22.

According to SBP officials, Sotto is quarantining under strict security which prohibits anyone from even going out of their room. That means the 7-foot-3 Ignite center in the National Basketball Association G-League will have to try keeping in shape using just the body weights and the ab roller which he brought with him from the United States.

“Work don’t stop,” said a caption of a photo on those portable gym equipment on Sotto’s Instagram story on Wednesday morning.

SBP president Al Panlilio on Tuesday warned everyone of putting too much pressure on the 18-year-old wunderkind, who will backstop a PH Five that will have a sprinkling of pro talents and the best amateurs in the country.

“We can’t put too much pressure on him. He’s the future of Philippine basketball for sure, but he’s also developing as a player and as a person,” Panlilio said.

“[L]et’s be easy on him. Let’s not put too much pressure on him. He’s already pressured enough for sure. I think he’s pressuring himself to do well, all of us want him to do well but let’s just support him in his journey,” he added.

Team Philippines will play the Koreans twice and Indonesia once, needing just one win to make the tournament proper.South Korea will be reinforced by the athletic Ricardo Ratliffe (now Ra Gun-ah). Indonesia, on the other hand, will have do-it-all Lester Prosper.

Seven Cs of a good leader