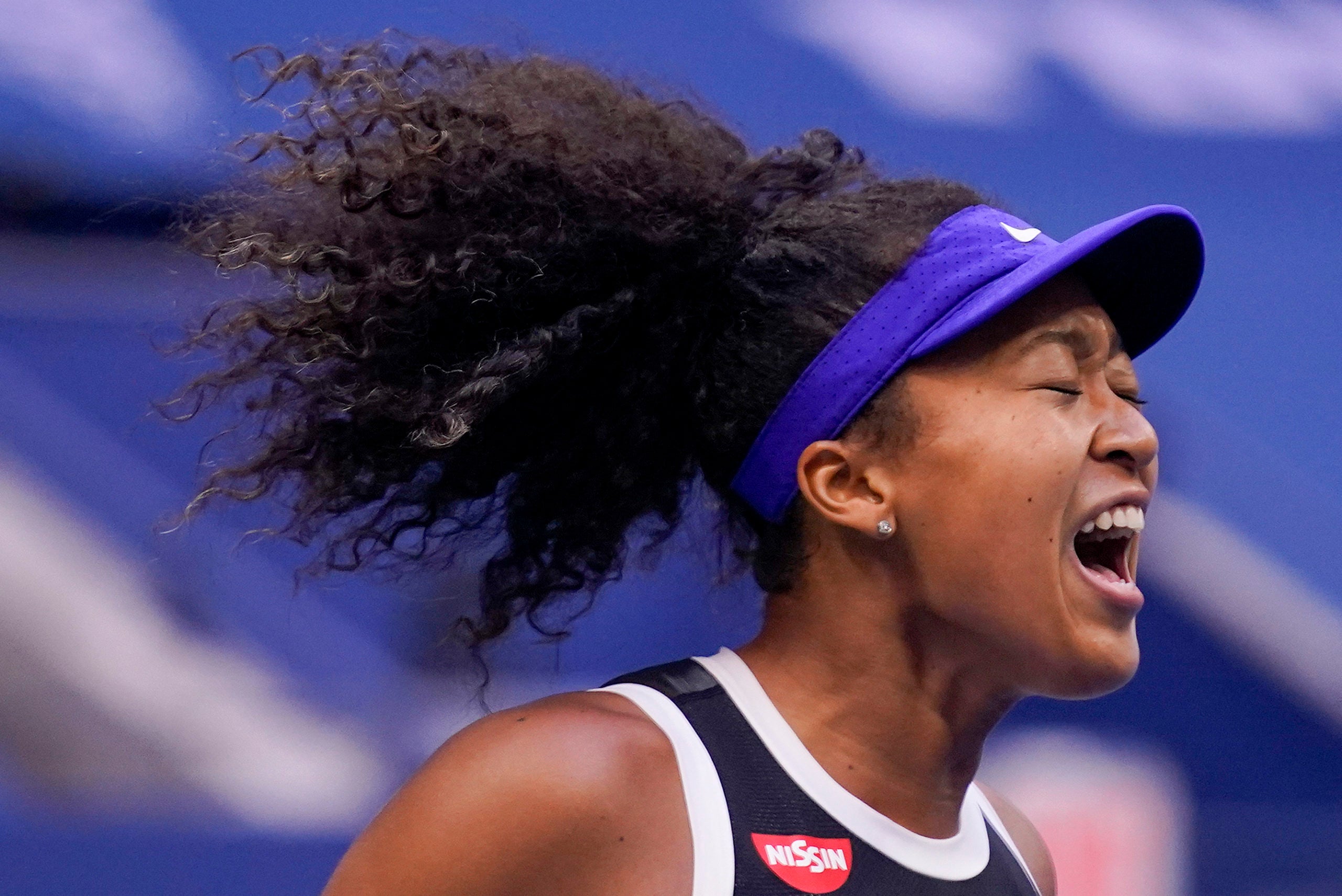 Naomi Osaka, of Japan, reacts during the women’s singles final against Victoria Azarenka, of Belarus, during the US Open tennis championships, Saturday, Sept. 12, 2020, in New York. (AP Photo/Seth Wenig)

Japan’s three-time Grand Slam winner Naomi Osaka on Saturday said that sexist comments by the head of the Tokyo Olympics organizing committee were “ignorant” but she refrained from calling on Yoshiro Mori to resign.

The 83-year-old Mori, a former Japanese prime minister, said this week that women talked for too long in meetings. He later retracted and apologized for the comments he had made in a meeting with the Japan Olympic Committee but refused calls to resign.

The comments set off a storm on social media at home and abroad, with a petition calling for action against Mori gathering tens of thousands of signatures on Friday, a day after its launch by Japanese activists.

“I did look at the comments. I didn’t think they were good,” Osaka told a news conference in Melbourne ahead of the Australian Open, which starts on Monday.

She said she wanted to hear the reasoning behind the remarks and the perspective of those around Mori.

“I think if you’re in a position like that, you really should think before you say anything. I don’t know in what situation he said those things, but I think it’s really uninformed and a bit ignorant.”

The 23-year-old Osaka, who was born in Japan to a Haitian father and Japanese mother and was raised in the United States, is the poster girl of the Tokyo 2020 Olympics, which were delayed by a year due to the COVID-19 pandemic. She plans to represent Japan.

The first Asian tennis player to be ranked world number one, Osaka has been an outspoken supporter of the Black Lives Matter movement both in Japan and the United States and was hailed last year for using her profile to advance the cause.

“I’m a tennis player – what an interesting subject matter to be thrown,” Osaka said when asked to elaborate on Mori’s comments. “Do I think he should resign?

“I think someone that makes comments like that, they need to have more knowledge on the thing that they’re talking about. I’m not sure if it’s a situation where someone should demand that he resigns or if it’s just something that people need to make him understand that what he said wasn’t right.”

Your subscription could not be saved. Please try again.
Your subscription has been successful.
Read Next
ONE: Robin Catalan taps out to Japanese foe
EDITORS' PICK
Omega Speedmaster super racing: Tiny device massive change
vivo Philippines offers a free bouquet of flowers and a premium necklace perfect for Valentine’s Day
Fuel price rollback expected on Feb 7
Makabayan bloc blasts bid to expand US access to more military bases in PH
Philippine-United States alliance ‘rock solid’ — DFA
House energy committee chair Arroyo bats for cheap electricity
MOST READ
Vice Ganda gets called out for ‘unfair treatment’ of ‘It’s Showtime’ co-host Karylle
Fuel price rollback expected on Feb 7
Kris Aquino gets ‘renewed confidence’ after consultation with new doctor: ‘I have a strong chance of getting better’
Pokwang tells self amid revelations on past relationship: ‘Bangon, nanay ka’
Don't miss out on the latest news and information.