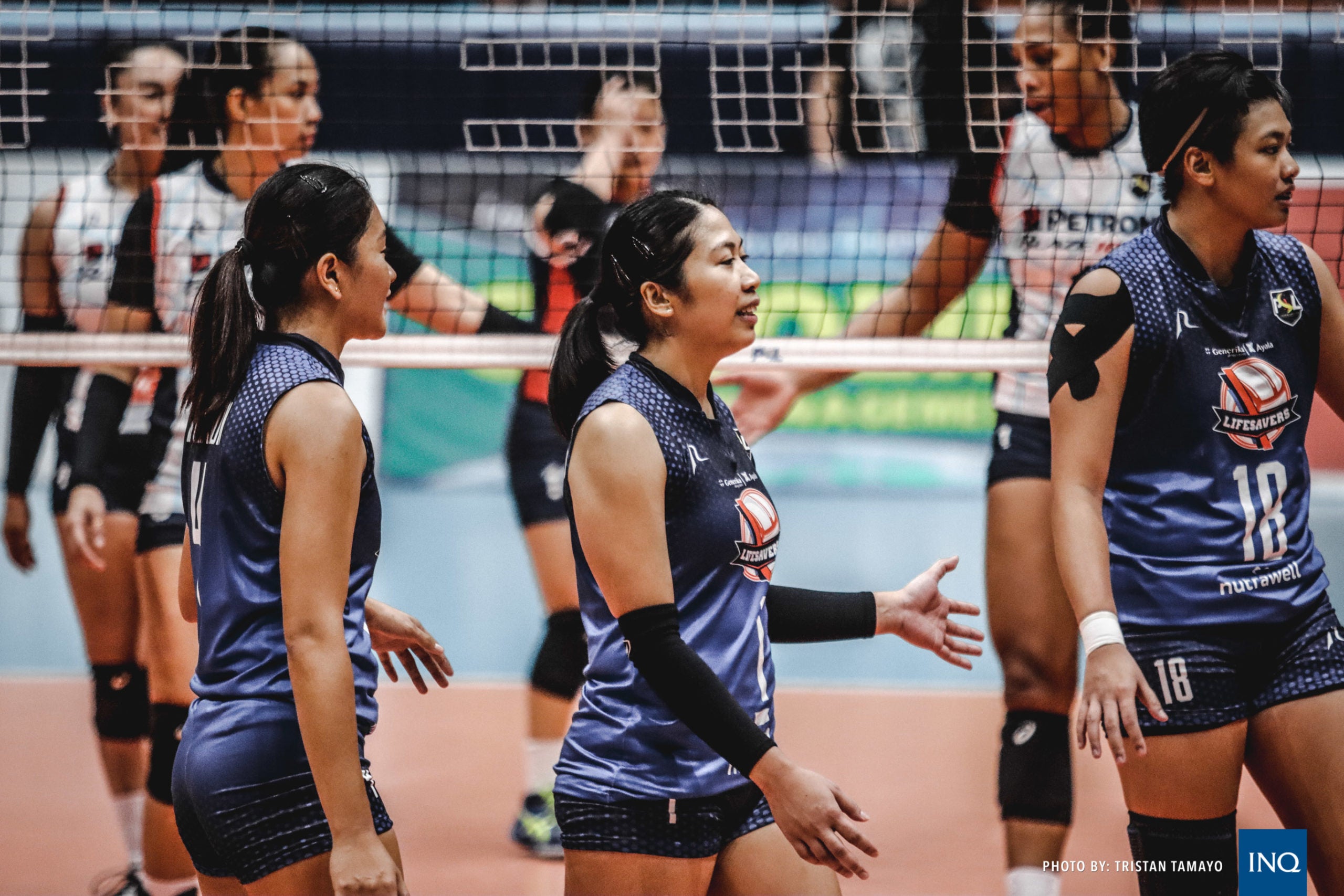 MANILA, Philippines — PLDT Home Fibr has tapped the services of Rhea Dimaculangan as its chief setter in the upcoming season of the Premier Volleyball League.

The decorated playmaker will reunite with head coach Roger Gorayeb, who is well aware of Dimaculangan’s tendencies apart from her unquestioned capabilities on the court.

“I know how Rhea plays. She was my setter with the national team and we also won a championship together with Sandugo,” said Gorayeb in Filipino.

Dimaculangan played for Gorayeb’s Philippine team in 2013 and 2015 and with Sandugo-San Sebastian in the 2012 V-League Open Conference.

A lot will be expected from Dimaculangan given her pedigree and experience as a three-time Philippine Superliga Best Setter and 2019 PSL All-Filipino Conference MVP.

The former University of Santo Tomas star had stints with Foton, Petron and Generika-Ayala.

With a handful of recruits bannered by Dimaculangan, the multi-titled Gorayeb is convinced that his team is equipped with the pieces to get over the hump.

“I’m happy with this team. it’s like it underwent a rebirth because of the new players and now it’s a complete team,” said Gorayeb, who last won a title with BaliPure in the 2017 PVL Open Conference.

“This team has a combination of players who are starting out in the pros. It’s a young team but they will put up a fight based on their experience. This team will really fight.”

Read Next
Djokovic has ‘not much respect’ for Kyrgios off the court
EDITORS' PICK
Unleash the photographer in you this World Photography Day with vivo smartphones
Look Through: The fate of impounded stray dogs
Palace warns sugar hoarders after raid of Pampanga warehouse
Metro Manila’s COVID-19 cases on downward trend, but surge not over — OCTA
House energy committee chair Arroyo bats for cheap electricity
What to watch out for when selecting a video surveillance solution
MOST READ
Cynthia Villar questions planned socialized housing in Las Piñas: ‘Ang mahal-mahal na ng lupa dito’
Palace warns sugar hoarders after raid of Pampanga warehouse
BOC raids sugar warehouse in Pampanga for ‘hoarding’
Bongbong Marcos: SRA revamp up; ‘let’s import’ sugar if needed
Don't miss out on the latest news and information.