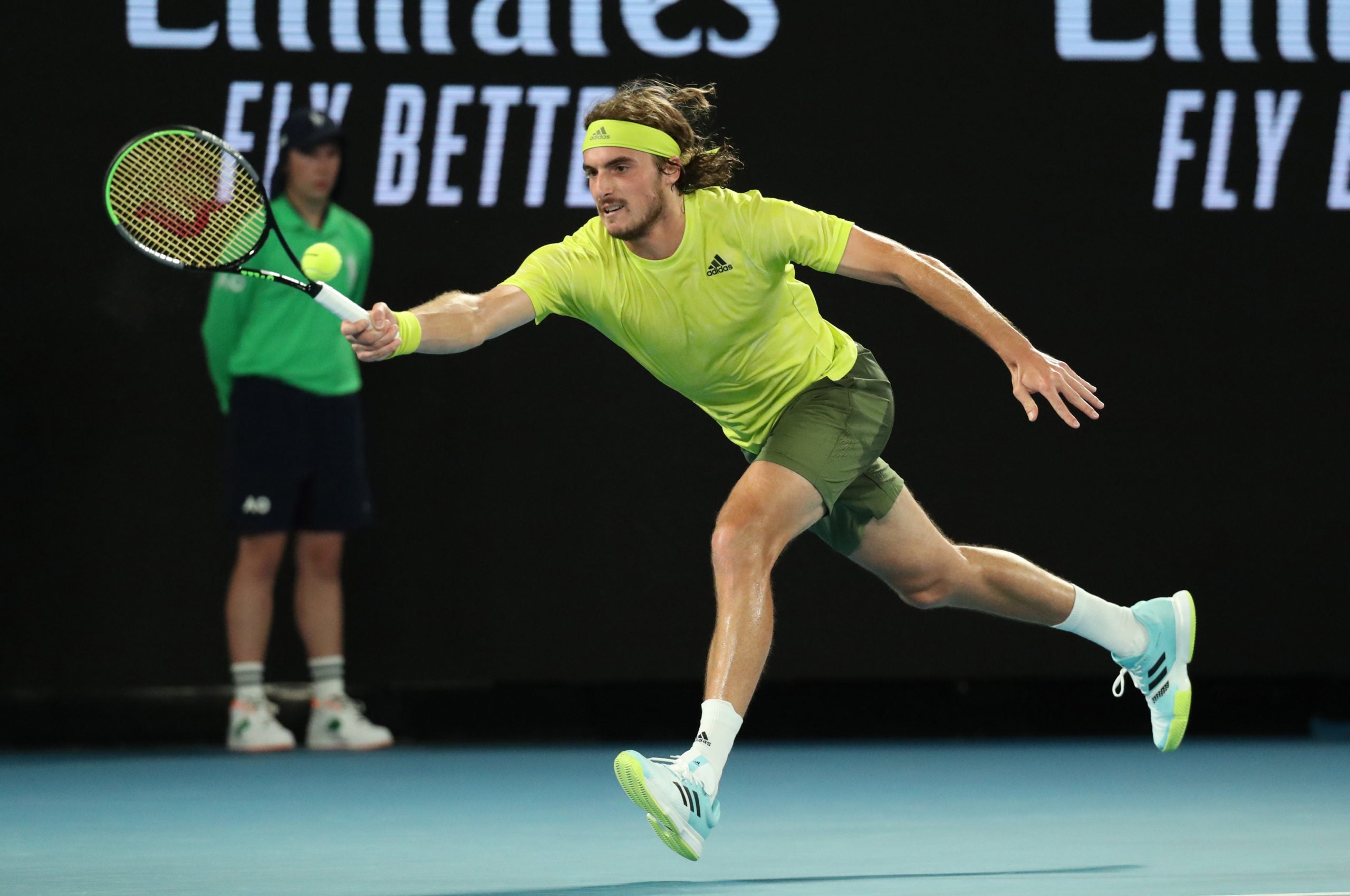 MELBOURNE—Greek fifth seed Stefanos Tsitsipas was left surprised by the ease with which he stormed past veteran Frenchman Gilles Simon during a 6-1 6-2 6-1 thrashing to open his Australian Open campaign on Tuesday.

The 22-year-old Greek seemed to have taken a cue from women’s world number one Ash Barty, who handed a double bagel to Danka Kovinic in 44 minutes in the previous match under the lights on the Rod Laver Arena.

Tsitsipas, who came into the Grand Slam opener with straight-sets wins against Alex de Minaur and Roberto Bautista Agut in the ATP Cup, took one hour and 32 minutes for his win to bring the curtain down unusually early on the main showcourt.

The 2019 #AusOpen semi-finalist gets his #AO2021 campaign off to the perfect start.

Up next: Thanasi Kokkinakis. pic.twitter.com/c2TZswomLy

The 2019 Melbourne Park semi-finalist barely broke sweat and did not face a break point against the 36-year-old Simon, who is ranked 66th in the world.

“I don’t know what to say. I obviously wasn’t expecting it to come so easy,” Tsitsipas said in his on-court interview. “I was surprised.

“It was a great match from my side. I think I played a spectacular match from the beginning to the end.”

In his first meeting with the former world number six, Tsitsipas dropped only five points in the first five games of the match. He broke Simon’s serve twice in the first two sets and a further three times in the third.

The Greek won 82% of his first serve points and hit 25 winners, many of them from his spectacular one-handed backhand, against the six managed by Simon.

While it wasn’t the toughest of matches, Tsitsipas was pleased to have saved some energy on court.

“I have a clear picture of where I want to return and start the point, so I think I get the upper hand from the very beginning of the rally, which gives me a lot of confidence,” the French Open semi-finalist said.

“I know I can press a lot with my forehand and also create damage on my backhand side, with my down-the-line backhand, which is my favorite shot. It has been giving me a lot of points and once it is there, I honestly feel very comfortable playing anyone.”

"I'm hoping there's a decent crowd and it can get rowdy. Have some Greek fans, have some Aussie fans!" 🇬🇷🇦🇺#AusOpen | #AO2021 pic.twitter.com/k1QHsWD4dg

The Greek will next meet Australian wildcard Thanasi Kokkinakis, who breezed past Kwon Soon-woo of South Korea 6-4 6-1 6-1.