Tom Brady tossed the Super Bowl trophy from his yacht onto teammate Rob Gronkowski’s boat on Wednesday as the Tampa Bay Buccaneers celebrated their NFL championship with a river parade.

“There were Duck Boats before but it was freezing cold. It was nothing like this,” Brady said in a telvision interview tweeted by the Bucs. “This is perfect.”

The 43-year-old quarterback had never enjoyed such a Super Bowl celebration in the cold-weather conditions of Boston, where land-and-sea Duck Boats could handle some nautical duty and excite Patriots fans. 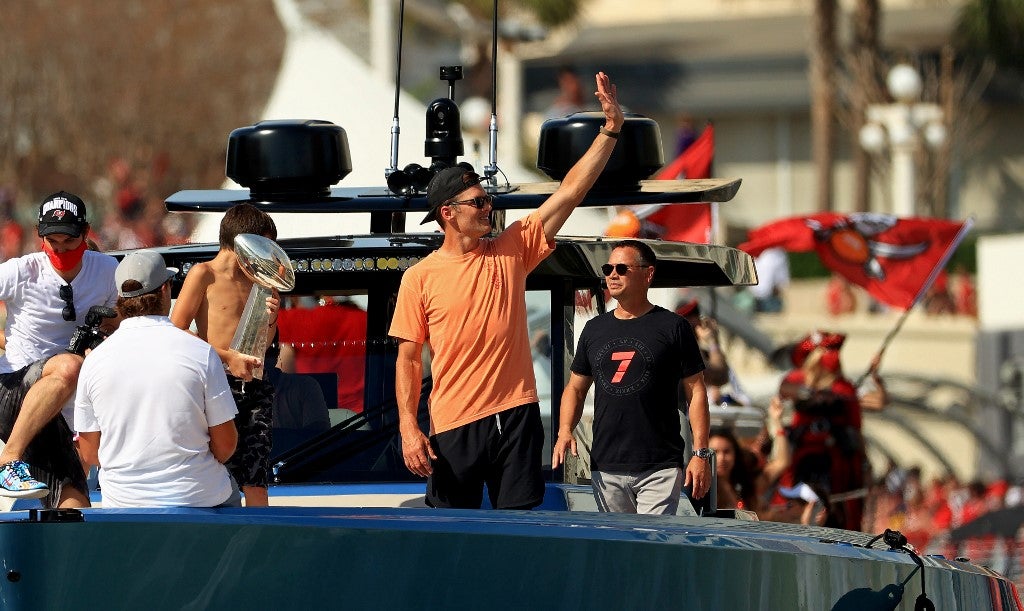 Tom Brady #12 of the Tampa Bay Buccaneers celebrates their Super Bowl LV victory during a boat parade through the city on February 10, 2021 in Tampa, Florida. Mike Ehrmann/Getty Images/AFP

This bash, however, was in warm and sunny conditions and followed a similar celebration by the Tampa Bay Lightning after last year’s National Hockey League championship.

“This is amazing. I’m loving it,” Brady said. “So happy for our team. Everyone gets to experience this. Very cool day.

“Is anyone working today? No way.”

As the parade on boats navigated its way along the Hillsborough River and the downtown waterfront — cheering an flag-waving supporters along the shore and on other boats kept at a social distance as music and horns blared and beverage sips were enjoyed by players aboard ships. 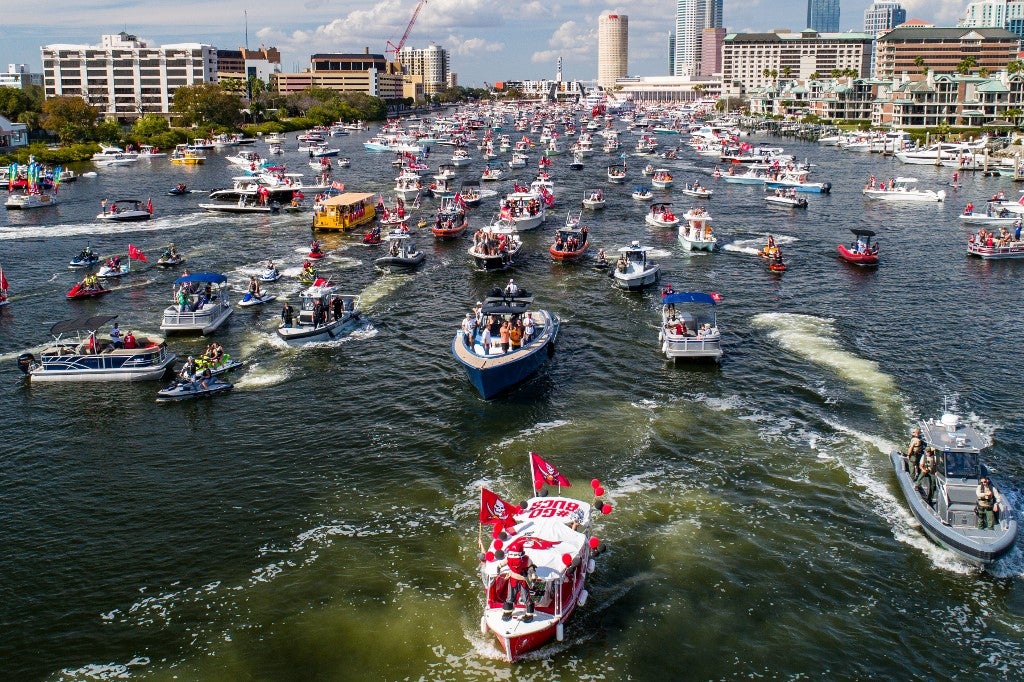 While Bucs coach Bruce Arians enjoyed the crowd from the front of his boat, Brady was at the back of his $2 million yacht with the Vince Lombardi Trophy the team accepted Sunday, the first club to win a Super Bowl at its home stadium.

Brady wore a T-shirt and black shorts with sunglasses and a backward cap.

With Gronkowski’s boat just behind his own, Brady took a few practice swings then made an underhanded lob and threw the championship trophy high in the air over the water and onto the boat of Gronkowski, where it was caught on the fly and hoisted into the air in a moment of joyful celebration.