'Like the wind': Kyrgios in no rush to play again this year | Inquirer Sports
Close
menu
search

‘Like the wind’: Kyrgios in no rush to play again this year 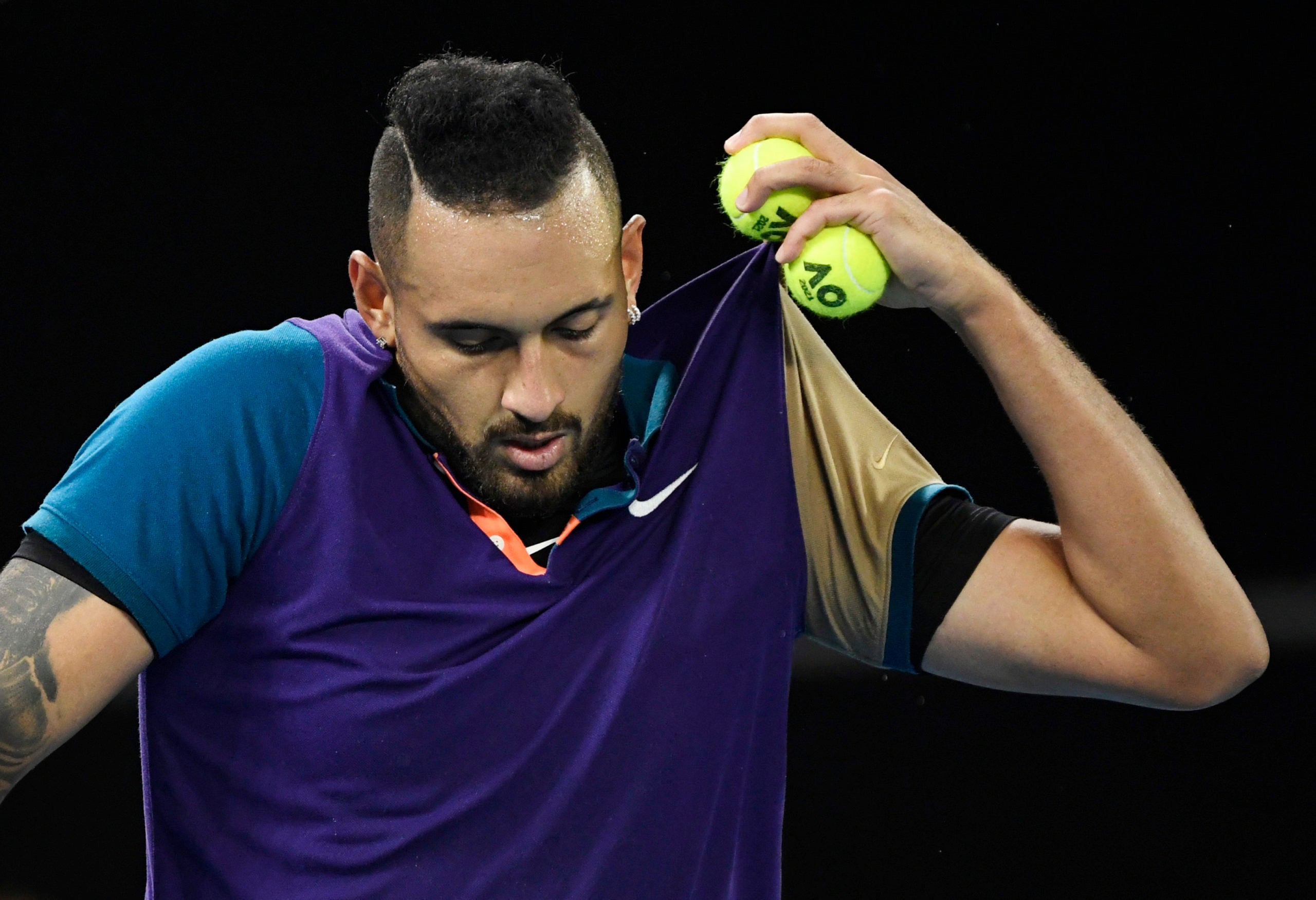 Big-ticket Australian Nick Kyrgios cast doubt over how much he will play this year, maintaining he doesn’t miss tennis and will not “force myself around the world” while coronavirus continues to rage.

The volatile 25-year-old missed virtually the entire 2020 season through injury and Covid-19 fears but returned for the opening Grand Slam of the year in Melbourne and lit up the tournament.

He played two epic five-setters in heaving arenas before a heartbreaking loss to third-seed Dominic Thiem on Friday evening, throwing away a two-set lead as the ice-cool Austrian pounced on poor shot choices from the 25-year-old.

“I don’t know, man. I can change like the wind,” Kyrgios said about his plans.

“Depending on what happens with Covid in Australia, you know.

“For me personally, I’m used to playing in front of packed stadiums.

“I’m not gonna force myself around the world when the time is not right where I have to quarantine for a week and then play.”

He added: “I don’t particularly care, either.”

Any Kyrgios absence will be blow for the ATP Tour, with the polarising Australian showman a amjor drawcard, despite only being ranked 47.

He ignited the pandemic-hit Australian Open when saving match points in his five-set epic against Frenchman Ugo Humbert on the third day, with the tournament until then bereft of its usual buzz due to Covid restrictions and a three-week delay.

‘I left it all out there’

He again pulled in the punters on Friday to create a rollicking party atmosphere against Thiem, one of the last matches before fans were shut out after Melbourne went into new five-day lockdown.

Kyrgios said he was amazed his body had held up so well and was proud of himself.

“You know, I took 13 months away from the game, and to produce that level and go toe-to-toe with one of the best players in the world, I’m pretty proud,” he said.

“I left it all out there. I actually physically felt pretty good … couple points in it. I’m not disappointed at all.”

Kyrgios was at his virtuoso best in the opening two sets, using every trick in the book, including underarm serves and tweener shots between his own legs.

He had break points in the third, but failed to convert, which proved pivotal.

“I take one of those break points in the third set early I think the match is over,” he said.

“Maybe if I played more last year, maybe if I trained more, I make those balls. But in that moment I didn’t make it, and then he just steadied the ship a little bit.”

Despite the loss, Kyrgios said he was at the stage of his career where he didn’t plan to dwell on it, with his time away from the sport reinforcing that there was more to life than tennis.

“As I said, I haven’t missed the sport at all. I don’t miss much about it,” he said.

“Obviously atmospheres like that are special and not many people get to play like that. I embrace it every time I’m out there.