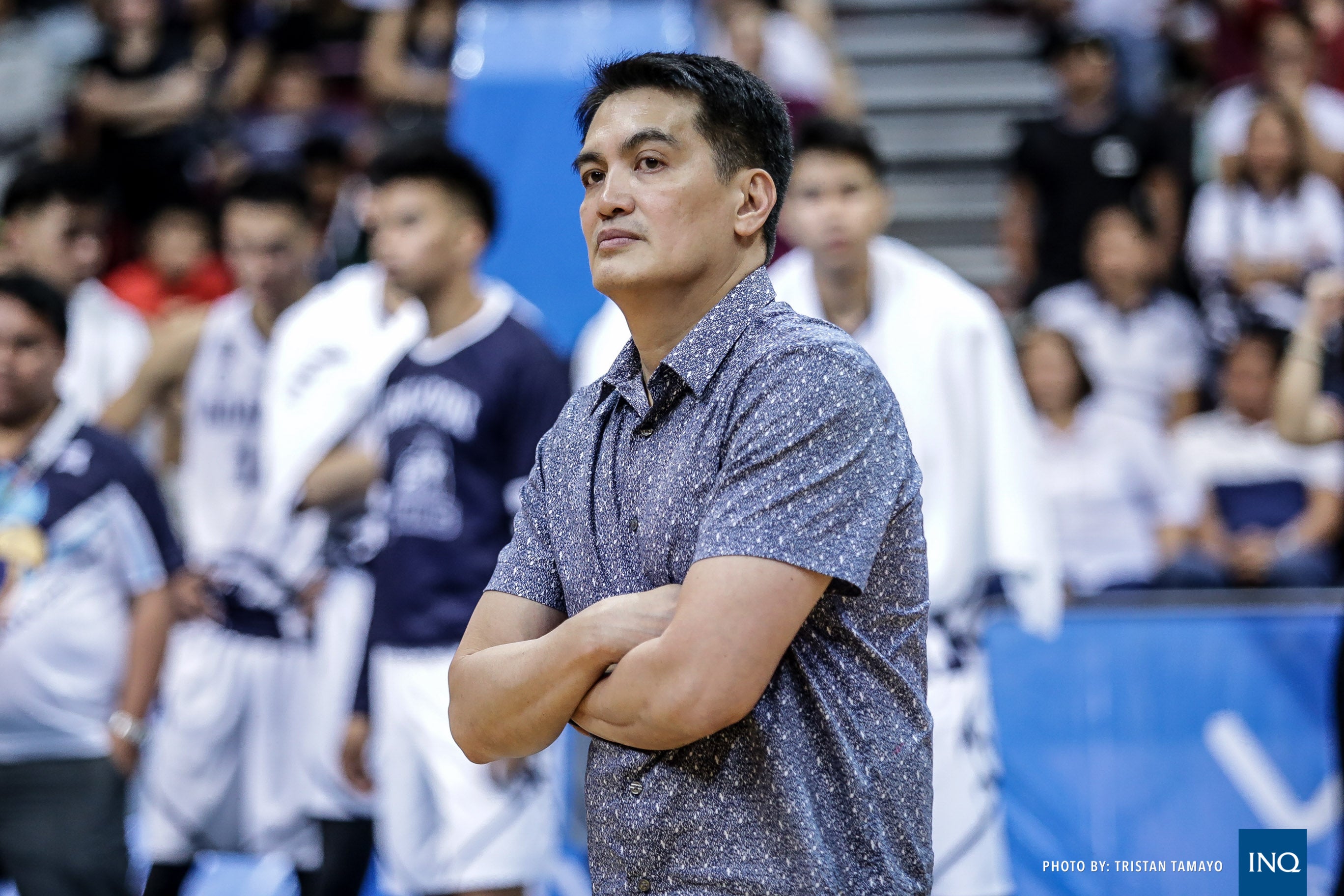 In a statement, Adamson said Pumaren will no longer return as coach of the Soaring Falcons to focus on his duties as councilor in the third district of Quezon City.

“As Adamson University understands the desire of Coach Franz to give full-time service to his constituents in his district in Quezon City, we announce with a heavy heart that Coach Franz will cease mentoring the Adamson Falcons effective this current year,” the statement read.

“The whole Adamson community would like to thank Coach Franz Pumaren for his unselfish sharing of his time and talent with the Adamson Men’s Varsity Team, masterfully lifting once again the standing of the Falcons in the prestigious UAAP League.”

Pumaren, who steered La Salle to five UAAP championships, returned to coaching in the collegiate ranks with Adamson in 2016.

He guided the Falcons to three Final Four appearances.

“His unique brand of coaching has carried the Falcons through several respectable finishes in the last five UAAP seasons which were considered by the Adamson community as the most electrifying Falcon seasons by far,” the school wrote.

“To Coach Franz, we will forever be grateful. We could not have pulled off the Falcon’s comeback in the UAAP podium without you.”

Mike Fermin has been tapped as the Falcons’ interim head coach.

Read Next
Jalen Green leads Ignite to 4-0 start in NBA G League
EDITORS' PICK
House energy committee chair Arroyo bats for cheap electricity
Palace warns sugar hoarders after raid on Pampanga warehouse
What to watch out for when selecting a video surveillance solution
Look Through: The fate of impounded stray dogs
Metro Manila’s COVID-19 cases on downward trend, but surge not over — OCTA
Unleash the photographer in you this World Photography Day with vivo smartphones
MOST READ
DOJ indicts bank officer in $2.1 billion Wirecard fiasco
Vice Ganda dismisses rumors he broke up with Ion Perez: ‘Masaya kami’
PNP bars US legislators’ visit to De Lima due to lack of authority from court
Palace warns sugar hoarders after raid on Pampanga warehouse
Don't miss out on the latest news and information.