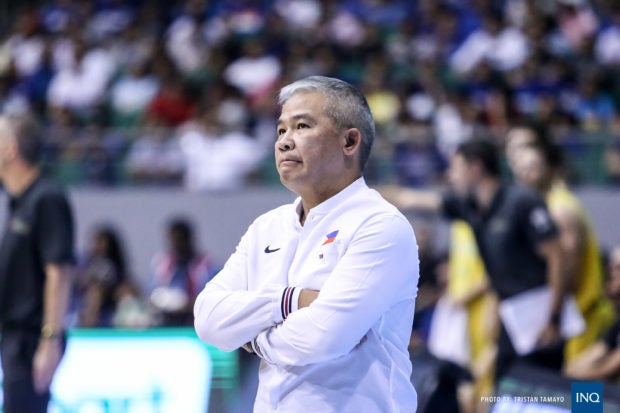 Chot Reyes is keeping his expectations modest ahead of his second tour of duty as head coach of TNT.

“I just want to make sure that we manage expectations because the competition as we all know is very, very tough and everyone is getting better,” the eight-time PBA champion and five-time Coach of the Year said on Monday in an episode of The Game. “So you know, simply changing the coach is not a magic formula, it’s not automatic. You really, really have to work like we’ve never worked before.”

The Tropang Giga are coming off a runner-up finish to Barangay Ginebra in last year’s Philippine Cup. And the Gin Kings got even stronger in the offseason after coming to terms with center Greg Slaughter, who missed the PBA bubble while going on a “sabbatical.”

Reyes is TNT’s winningest coach, having led Talk ’N Text to four titles during his first stint from 2008 to 2012. But he isn’t guaranteeing anything in his return.

Reyes, 57, replaced head coach Bong Ravena and active consultant Mark Dickel at the helm as TNT hopes to end a title drought that began after coach Jong Uichico steered the squad to the 2015 Commissioner’s Cup title.

TNT is expecting its core of Roger Pogoy, Ray Parks and Jayson Castro back at the start of the 46th season in April. INQ