‘I’m done’: Serena walks out in tears after semifinal defeat 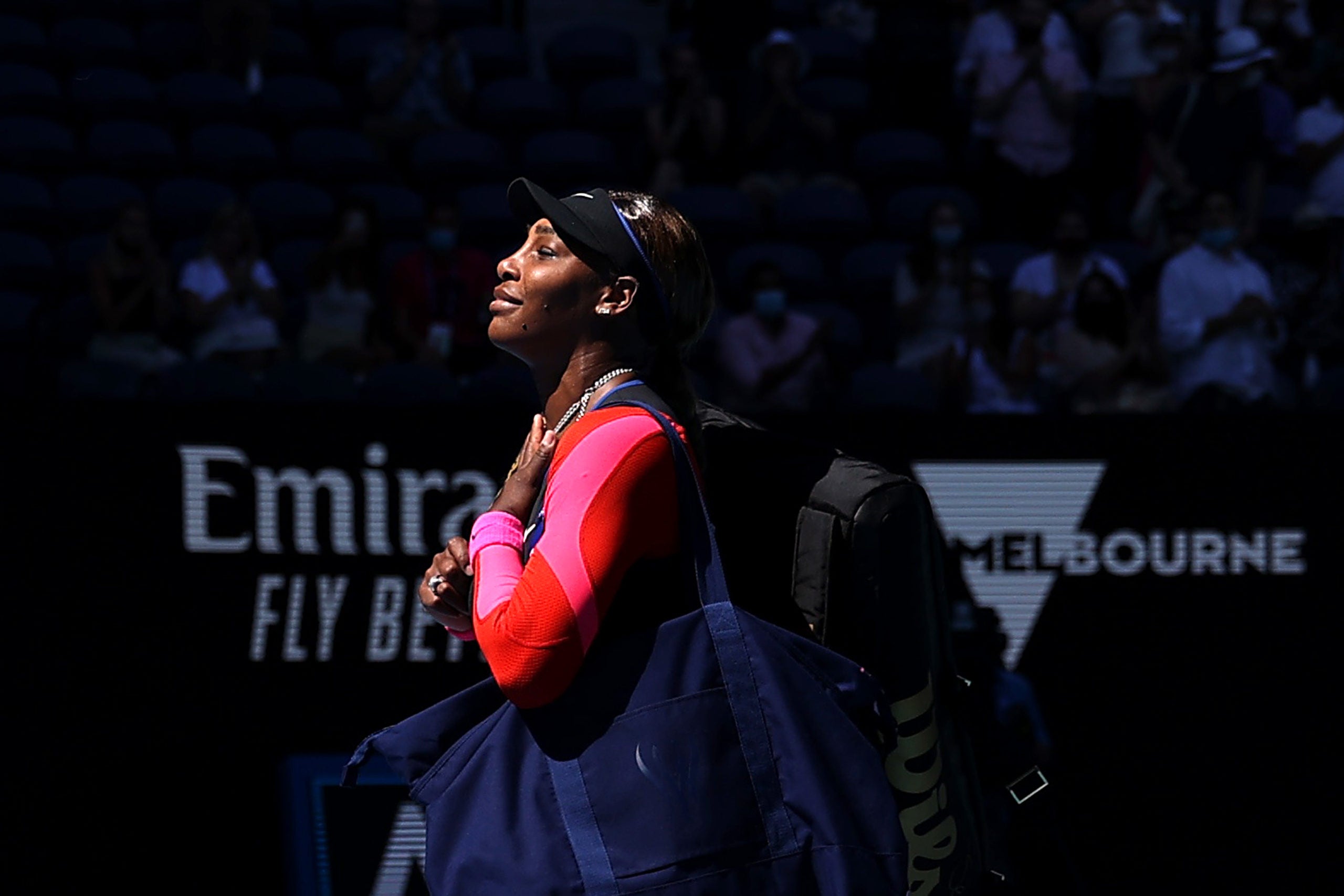 Williams, 39, broke early for a 2-0 lead before Osaka reeled off five straight games to leave her shellshocked.

“The difference today was errors. I made so many errors,” said the 23-time Grand Slam champion.

“Honestly, it was opportunities where I could have won. I could have been up 5-0. It was a big error day for me.”

Pressed on what caused her to make so many mistakes, tears began to flow as she told reporters: “I don’t know. I’m done,” before walking out.

In a clash of power games clashed, it was Osaka who had the edge, hitting 20 winners to Williams’s 12, while also committing three fewer unforced errors on 21.

Williams said she had been hitting well all tournament and had no explanation for the loss other than “too many mistakes there, easy mistakes.”

"I was a little kid watching her play, and just to be on the court playing against her, for me is a dream."✨ @naomiosaka | #AusOpen | #AO2021 pic.twitter.com/66Na9CZ3Db

Osaka’s victory left Williams still stranded on 23 Grand Slam crowns, one short of Court’s tally, with her last major title coming in Melbourne four years ago when she was pregnant.

Williams has lost four Slam finals since and as she walked off court put her hand over her heart, almost as if saying farewell.

Asked about it afterwards, she suggested the gesture was more about acknowledging the crowd, who were allowed back into Rod Laver Arena after a five-day snap lockdown and gave the American a rousing send-off.

“I don’t know. If I ever say farewell, I wouldn’t tell anyone,” she said.