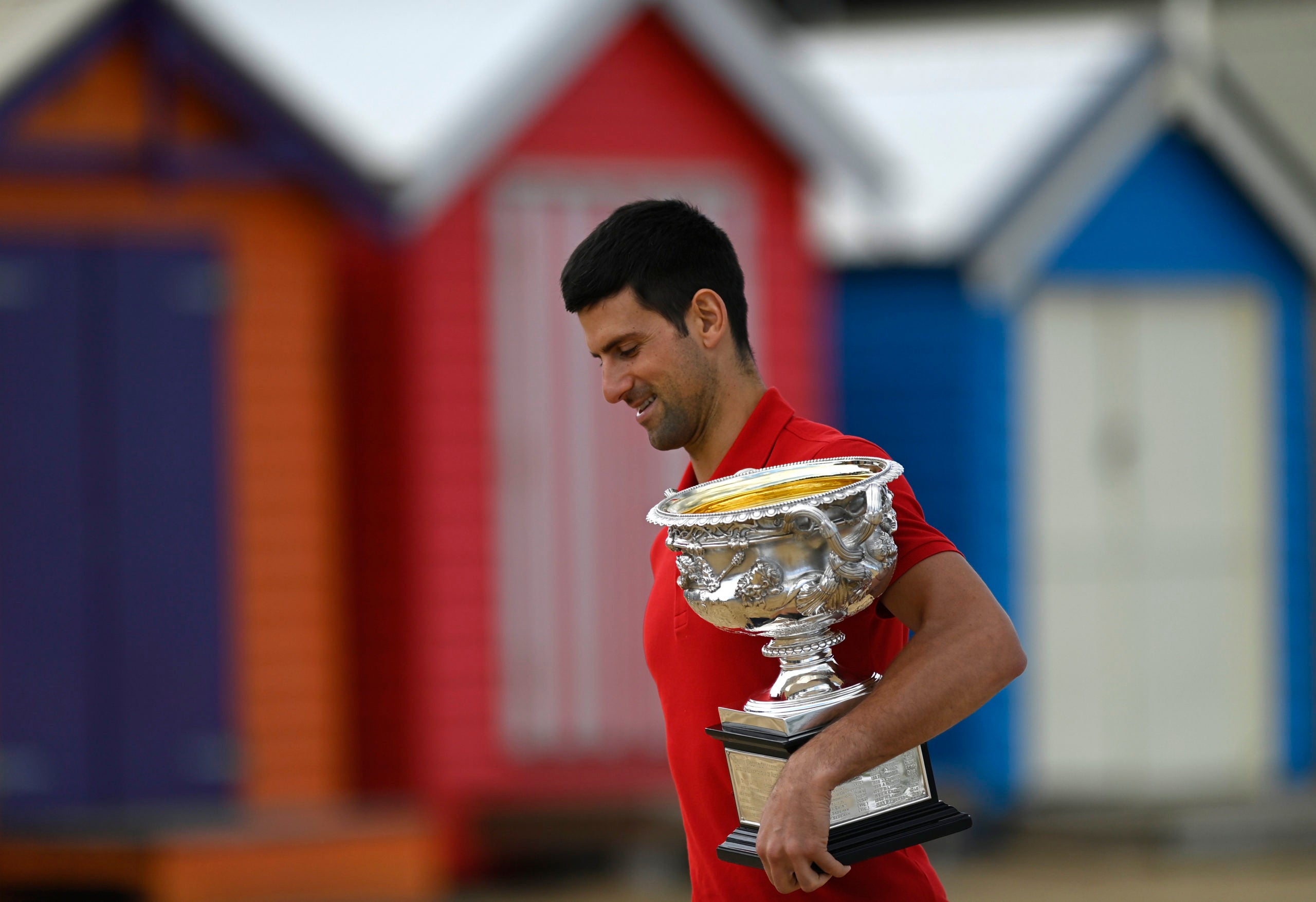 MELBOURNE – Novak Djokovic will need to spend some time on the sidelines recovering from a muscle tear that hindered him in the later rounds of the Australian Open, the Serbian said as he celebrated his ninth Melbourne Park title on Monday.

The 33-year-old extended his own record with an emphatic 7-5 6-2 6-2 victory over Daniil Medvedev at Rod Laver Arena on Sunday, despite carrying the injury suffered in the third round of the tournament.

Parading his trophy on the beach in the Melbourne suburb of Brighton on Monday, Djokovic said a second scan of his abdomen had revealed he had made the injury worse by playing on.

“I just came actually came from another MRI that I’ve done this morning and the damage is bigger than what it was when it happened, when I did the first MRI after the third round,” he told reporters.

“It’s not too bad judging by what doctor said but I’ll have to take some time off and heal. The tear is bigger.”

The injury was not the only issue Djokovic had to contend with during his time in Australia.

The world number one riled some locals when he submitted suggestions to organizers over how quarantine conditions for players could be improved.

The ups and downs of what he described as a “rollercoaster” of a trip Down Under had made his 18th Grand Slam title triumph all the more satisfying.

“I reflect on it as a great experience, and a unique journey, and I would definitely remember and try to take out a lot of positives from it,” he said.

Djokovic said he had celebrated his triumph by calling his family back home in Serbia and sitting down for a meal capped off with a cake.

“I used to go wild and go to discotheques and nightclubs and god knows what, and now it is a bit different,” he said.

“A different kind of celebration, more of a home a celebration with family and close people.”

Read Next
Osaka plots French Open, Wimbledon success after bossing hardcourts
EDITORS' PICK
EDITORIAL: To a bike-friendly future
House energy committee chair Arroyo bats for cheap electricity
Pagasa: Warm, sunny Sunday in most parts of PH
Is it safe to talk politics again at family gatherings? ‘The Reconciliation Dinner’ shows us what that’s like
vivo’s coming to town to grant wishes with more holiday promos
The Best Tech Gifts For The 2022 Holidays
MOST READ
LOOK: Vhong Navarro transferred to BJMP detention facility in Taguig
The Elephant Man in the Senate
Posh village as ‘shabu’ haven
LOOK: Zanjoe Marudo bonds with Ria Atayde, her family
Don't miss out on the latest news and information.