'An accident is not a crime': Tiger Woods will not face charges in crash | Inquirer Sports

‘An accident is not a crime’: Tiger Woods will not face charges in crash 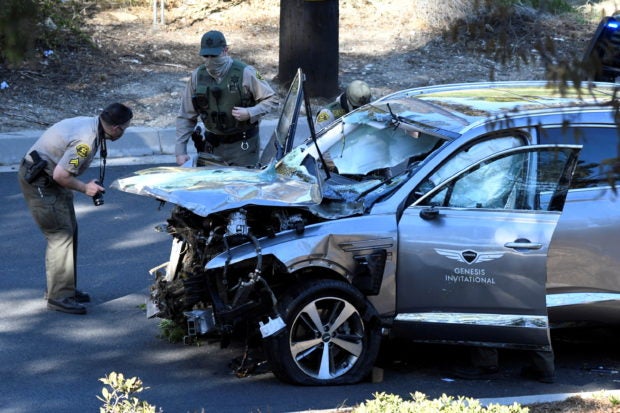 LOS ANGELES  – Tiger Woods will not face criminal charges in the car crash that left him with serious injuries, the Los Angeles County Sheriff said on Wednesday, as the golf great recovered from extensive surgery to repair his fractured right leg and shattered ankle.

Investigators were still trying to determine what caused Woods, 45, to lose control of the gray Genesis sport utility vehicle he was driving on Tuesday morning. Woods was negotiating a curved, downhill stretch of highway that authorities said was notoriously dangerous when the luxury SUV he was driving veered across the opposite lanes, collided with a road sign and rolled several times before coming to rest.

“We don’t contemplate any charges whatsoever in this crash,” Los Angeles County Sheriff Alex Villanueva told a news briefing. “This remains an accident and an accident is not a crime. They do happen, unfortunately.”

Woods, celebrated as one of golf’s all-time greats, was pried from the crumpled SUV through the shattered windshield by rescuers and rushed to nearby Harbor-UCLA Medical Center.

A statement posted to Woods’ official Twitter account on Tuesday night said he had undergone a “long surgical procedure” to his lower right leg and ankle and was “awake, responsive and recovering in his hospital room.”

Dr. Anish Mahajan, the hospital’s chief medical officer, said in the statement that orthopedic trauma surgeons had stabilized fractures to Woods’ leg, ankles and feet with a rod, screws and pins.

Mahajan said surgery was also performed to soft tissue in the leg to relieve pressure due to swelling.

Despite the seriousness of Woods’ injuries, medical experts interviewed by Reuters said it was possible he could ultimately recover well enough to compete professionally again. 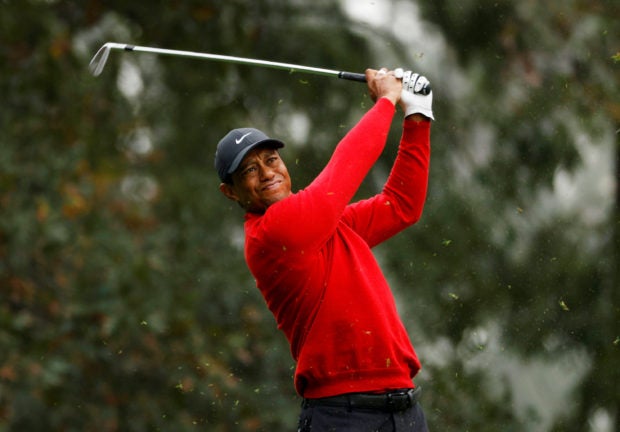 “He has the right psychological makeup and is obviously very focused and driven,” said Dr. Riley Williams, sports medicine surgeon at New York’s Hospital for Special Surgery, who operated on and managed NBA player Paul George’s compound fracture in 2014.

“Six months you do an assessment and I could see him being on the range 6-to-12 months after surgery,” Williams said. “The Masters next year is certainly within reason, again barring some unknown complicating factors.”

Woods is the only modern professional to win all four major golf titles in succession, taking the U.S. Open, British Open and PGA Championship in 2000 and the Masters title in 2001, a feat that became known as the “Tiger Slam.”

But he has suffered years of injuries and undergone multiple surgeries on both his back and knees, limiting his ability to compete.

Golf Digest reported Woods had been shooting a TV show segment in which he was giving on-course instruction to the three celebrities and had been scheduled to resume filming on Tuesday.

He was the sole occupant of the vehicle when it crashed near the suburban communities of Rolling Hills Estates and Rancho Palos Verdes, the sheriff’s department said.

Sheriff’s deputies responding to the wreck found no indication that Woods had been under the influence of alcohol or drugs and said he was “lucid” following the accident. Weather was not considered a factor.

Woods has held the top spot in golf’s world rankings for a record total of 683 weeks, winning 14 major championship titles from 1997 to 2008. His 15 major titles stand second only to the record 18 won by Jack Nicklaus.