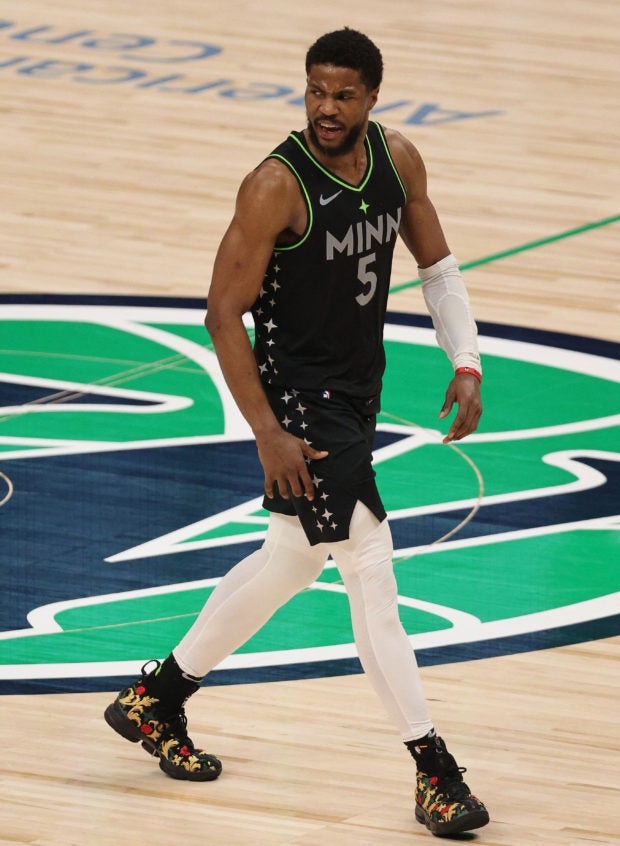 LOS ANGELES – The NBA has slapped Malik Beasley with a 12-game ban after the Minnesota Timberwolves guard was charged by police in the off season with threatening someone with violence.

Beasley’s suspension starts on Saturday when the Timberwolves play the Washington Wizards.

“Malik Beasley has been suspended 12 games without pay for pleading guilty to a felony charge of threatening to commit a crime of violence for the purpose of terrorizing another person, in violation of the law of the State of Minnesota,” the NBA said in a statement on Thursday.

The charges stem from an incident that took place at Beasley’s home in Plymouth, Minnesota in September in which he reportedly pointed a rifle at a couple and their daughter.

He was charged with threat of violence and minor drug possession in October.

Beasley apologized to his fans on Thursday.

“I will take this time to reflect on my decisions,” Beasley told The Athletic. “I apologize to all the great fans out there who have supported me during this difficult time and I promise I will come back very soon as a better person and player.”

The Timberwolves said they plan to work with Beasley to “advance his development as a player and a person”.

“As an organization, we fully support today’s decision by the NBA,” said team president Gersson Rosas. “As we work together with Malik to advance his development as a player and a person, we look forward to seeing his growth.”