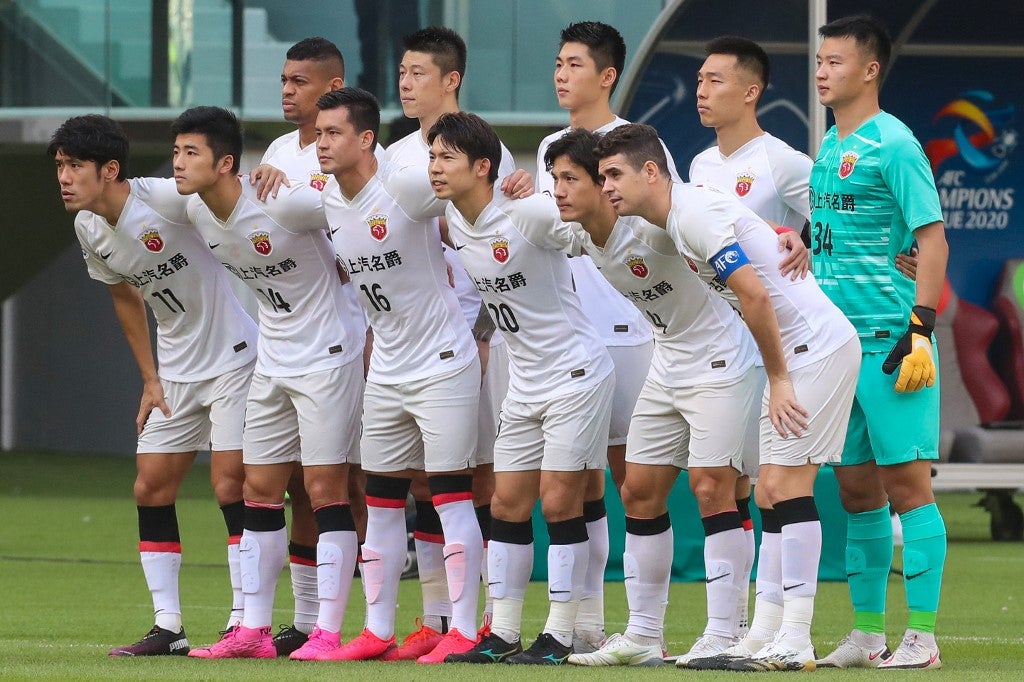 FILE — SIPG’s starting eleven pose for a group picture during the AFC Champions League round of 16 football match between Japan’s Vissel Kobe and China’s Shanghai SIPG on December 7, 2020 at the Khalifa International Stadium in the Qatari capital of Doha. (Photo by KARIM JAAFAR / AFP)

China’s Shanghai Port has been handed a playoff spot in the Asian Champions League after a rival club was expelled from the region’s top club tournament, officials said.

Shandong Taishan was ejected from the competition earlier this month due to breaking a rule that clubs must not owe money to current or former employees, or the authorities.

Shanghai, who initially missed out on the AFC tournament after finishing fourth in last year’s domestic championship, has now been given a berth in the playoffs in April.

The side — previously known as Shanghai SIPG — were Champions League semifinalists in 2017 and won the Chinese Super League the following year.

Instead of competing in the play-offs, Beijing FC progress automatically to the group stage, they said.

Group matches for Asia’s premier club tournament kick off in mid-April and will be played in two centralized hubs due to coronavirus safety measures.