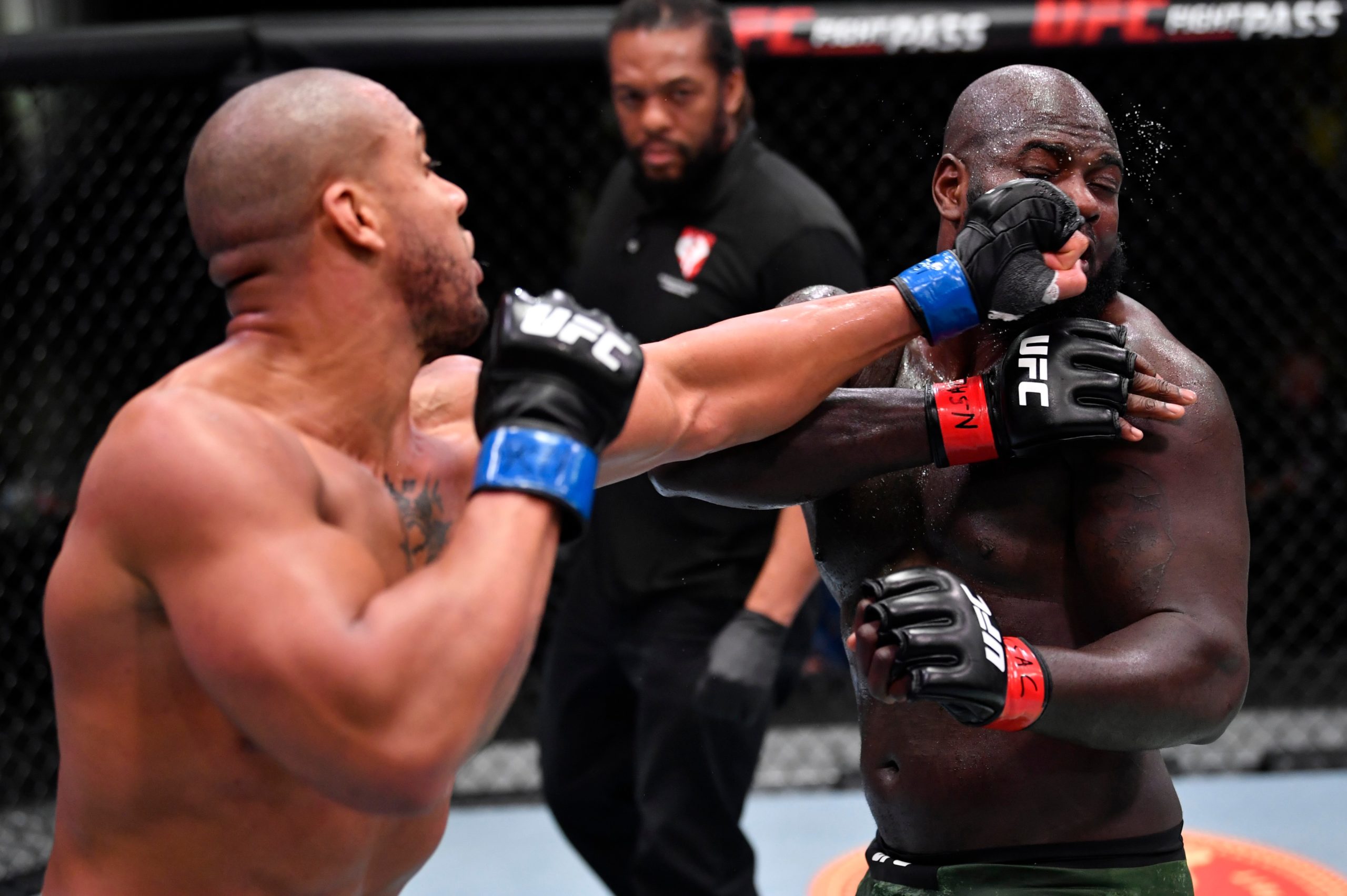 Ciryl Gane won a unanimous decision over Jairzinho Rozenstruik in a one-sided affair on Saturday night in the main event at UFC’s Fight Night in Las Vegas.

“I don’t make a real big show for the fans,” Gane said in his postfight interview. “I got a big win, so I’m really happy for that. The guy was really tough. I just wanted to manage and I did it.”

“I said to Dana, 'I'm ready for (the title).'”@Ciryl_Gane announced himself as a new heavyweight title contender after a commanding unanimous decision win in his first UFC main event.

In earlier action, Magomed Ankalaev scored a unanimous – but close – decision over Nikita Krylov in their light heavyweight bout. Ankalaev won 29-28 across the board.

In a women’s flyweight fight, Montana De La Rosa and Mayra Bueno Silva fought to a draw. Silva won 28-27 on one card but the other two judges scored it 28-28. Silva landed 111 strikes to De La Rosa’s 107. Silva landed more signature strikes (52-30) but De La Rosa had eight more minutes of control than Silva.