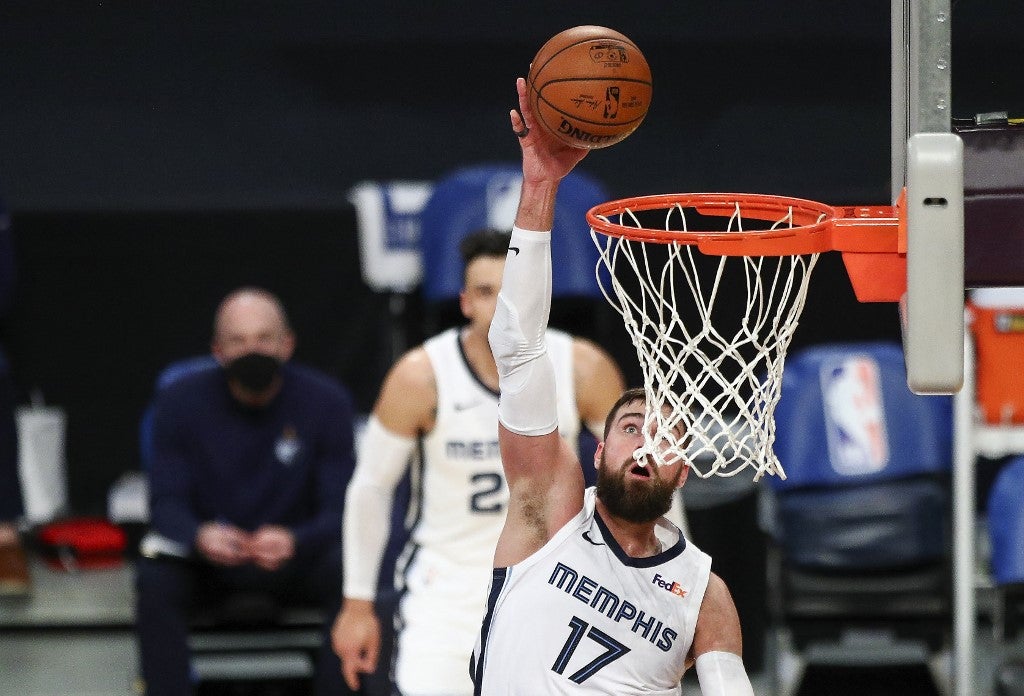 With Brandon Clarke and Justise Winslow pacing a strong bench performance, the Memphis Grizzlies rolled to a 133-84 victory over the Houston Rockets on Sunday at Toyota Center.

Clarke produced a double-double of 16 points and 12 rebounds while Winslow, a Houston native, thoroughly enjoyed his homecoming with 20 points on 8-for-12 shooting in just his fourth game this season. The Grizzlies amassed 85 bench points, including 32 in a runaway first half.

Justise Winslow drops a game-high 20 PTS to lift the @memgrizz in his 3rd game since returning from injury! 🙌@IAmJustise: 2 BLK, 8-12 FGM pic.twitter.com/3SfGwfy7rd

"A lot of joy in my heart right now."

Back healthy for the @memgrizz, Justise Winslow (@IAmJustise) speaks on the gratitude he's feeling after his 20-point outing. pic.twitter.com/aUr5q0UFFt

The Grizzlies cruised despite an off game from guard Ja Morant and a modest contribution from center Jonas Valanciunas, who picked up his fourth foul with just under nine minutes remaining in the first half and logged only 13 minutes. Morant finished with six points on 2-for-8 shooting.

Memphis had plenty in reserve against the reeling Rockets, who saw their skid reach 11 consecutive games, the longest in the NBA this season. Houston was largely noncompetitive following a Sterling Brown 3-pointer that netted a 16-15 lead with 3:28 left in the first period.

The Grizzlies closed the opening quarter with a 10-2 run keyed by a Winslow 3. Memphis pulled away down the stretch of the second, holding the Rockets without a field goal for almost seven minutes. Houston missed six field goals and committed four turnovers between baskets from Jae’Sean Tate and John Wall at the 8:49 and 1:55 marks, respectively.

After shooting 6 for 25 from the floor in the first quarter while missing 11 of 13 3-pointers, the Rockets — ranked last in the NBA in 3-point shooting percentage — missed all seven of their 3-pointers in the second. Their collective shooting was woeful with Wall (2 for 13), Eric Gordon (1 for 7) and Danuel House Jr. (1 for 6) combining to shoot 4 for 26 prior to the intermission.

When Desmond Bane and Morant opened the third quarter with baskets inside the first minute, Memphis extended to a 67-37 lead. The Grizzlies lead reached 49 points in the second half.

Wall scored 14 points for the game but missed 12 of 16 shots and failed to record a rebound or an assist. The Rockets shot 27.7 percent overall and finished 4 for 45 from behind the arc with Wall, Gordon and House combining to shoot 0 for 16 on 3-pointers.