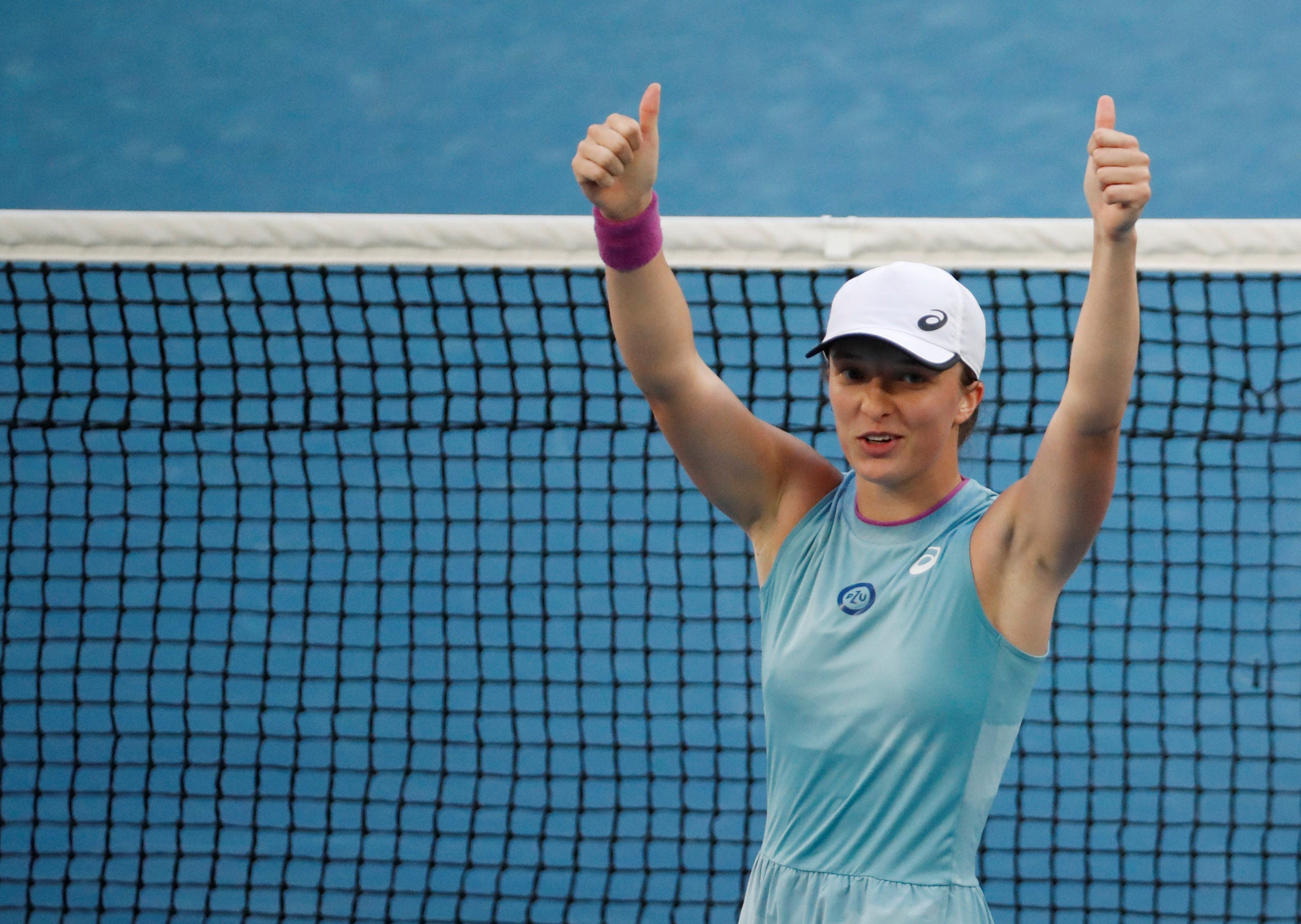 Constructing intricate models on Lego has become an important part of preparation for French Open champion Iga Swiatek and the 19-year-old Pole is confident her game is shaping up for success on all kinds of surfaces.

The 19-year-old Pole last year became the youngest woman to win the Roland Garros title since Monica Seles in 1992 and on Saturday picked up the second trophy of her career at the Adelaide International.

Swiatek has often attributed her success to her sports psychologist Daria Abramowicz, who has helped Swiatek improve her mental strength and process her thoughts during intense matches.

Work on her psychology now involves building Lego models, said Swiatek, who rose to a career-best ranking of 15th on Monday.

“Daria had this idea to do some models and Legos, and I think it works perfectly for my mind because I’m this kind of person who just likes to think logically and construct,” Swiatek told reporters.

“I actually did in Melbourne like two wooden models. I travelled with them from Poland. And it’s weird because when I’m at the airport I have like two big luggage, my tennis bag and two models in my hands. So it’s kind of funny.”

Swiatek said she has completed about 70% of the Lego blocks she had ordered before coming to Australia, where she did a 14-day quarantine before playing the year’s first Grand Slam.

“I’m pretty sad that the time is going to end soon, but it’s great, it’s really good fun, so everybody should try Lego,” she said.

Swiatek became the first woman to win at Roland Garros without dropping a set since Justine Henin in 2007 and again did not lose a set in Adelaide where she dropped only 22 games.

She had not reached the quarter-final stage of a hardcourt event before the WTA 500 tournament in Adelaide.

“I don’t think the surface really has a huge impact,” Swiatek told the WTA Insider podcast. “When I’m feeling good physically and mentally, I can win anywhere.”

Read Next
Rain or Shine taps Gavina as head coach, Garcia as active consultant
EDITORS' PICK
House energy committee chair Arroyo bats for cheap electricity
Honolulu Café is the cure for your Egg Tarts and Roastings cravings
OVP: Pilot’s claim vs Robredo ‘never happened’, a ‘malicious fabrication’
Petition to reverse Comelec decision on Bongbong Marcos’ DQ case reaches SC
Luxe property: A way to build, preserve wealth
PH detects local transmission of Omicron subvariant BA.2.12.1
MOST READ
Congress canvassing of votes for president, VP to begin May 24
Heart Evangelista gets a ‘no’ from Chiz Escudero after asking, ‘Do I deserve a bag?’
Man posing as Marcos spox revealed to be an inmate in Bilibid — Guevarra
Closure order vs Megaworld Corp halted as firm vows cooperation with BIR – exec
Don't miss out on the latest news and information.