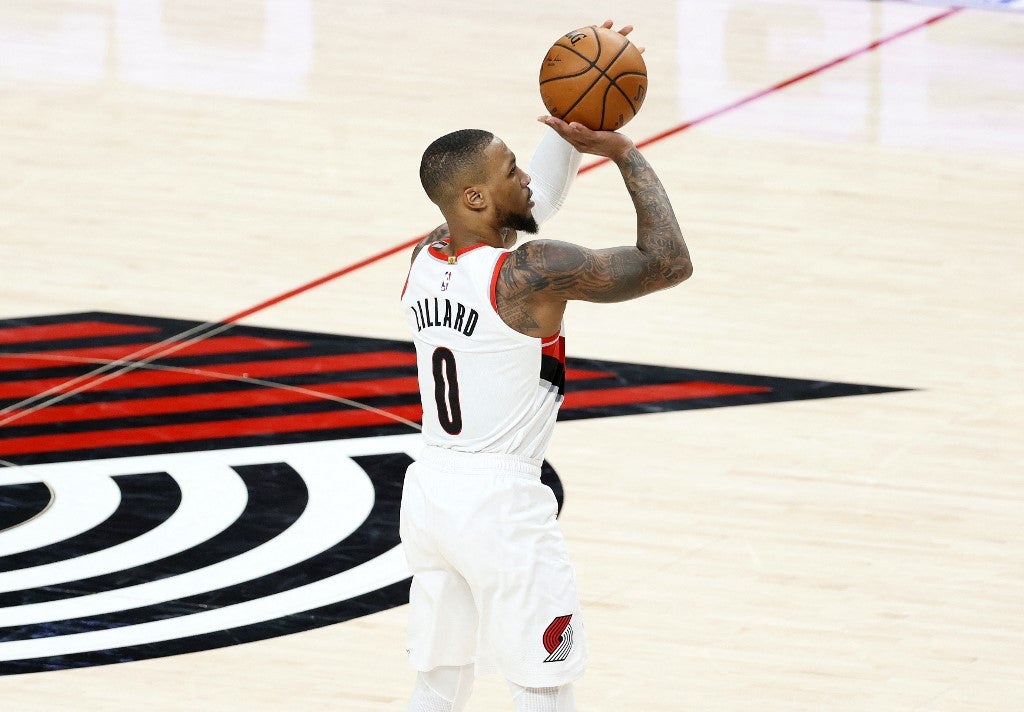 FILE — Damian Lillard #0 of the Portland Trail Blazers shoots a three point basket against the Minnesota Timberwolves during the fourth quarter at Moda Center on January 07, 2021 in Portland, Oregon.  Steph Chambers/Getty Images/AFP

Damian Lillard matched season bests of 44 points and eight 3-pointers and added seven assists to lead the Portland Trail Blazers to a 123-119 victory over the visiting Sacramento Kings on Thursday night.

Lillard scored 12 points over the final three minutes as Portland improved to 3-0 against the Kings this season. Enes Kanter contributed 22 points and 21 rebounds and Carmelo Anthony scored 16 points as the Trail Blazers won their third straight game.

De’Aaron Fox scored 18 of his 32 points in the fourth quarter and added 12 assists for Sacramento. Buddy Hield scored 21 points as the Kings lost for the 11th time in the past 13 games.

The Trail Blazers exploded with 12 straight points — the final 10 by Lillard — to take a seven-point lead with 1:15 remaining. Lillard ended the burst with back-to-back 3-pointers.

Fox later drilled a 3-pointer to pull Sacramento within 119-115 with 13.4 seconds left. Portland’s Robert Covington was called for an over-and-back violation with 10.9 seconds to play and Fox drained another trey to pull the Kings within one with 5.9 seconds to play.

Portland’s Gary Trent Jr. hit two free throws with 4.8 seconds remaining. Fox was fouled and made the first free throw with four seconds left but the Kings were unable to get the rebound after Fox intentionally missed the second.

Lillard then hit two free throws with 2.7 seconds left to seal it.

Lillard scored 21 first-half points as Portland held a 59-56 lead at the break.

He knocked down a 3-pointer to give the Trail Blazers a 73-67 advantage with 8:06 left in the third quarter. Sacramento finished the quarter strong as Joseph drained a 3-pointer and Barnes added a jumper as Sacramento led 90-89 entering the final stanza.