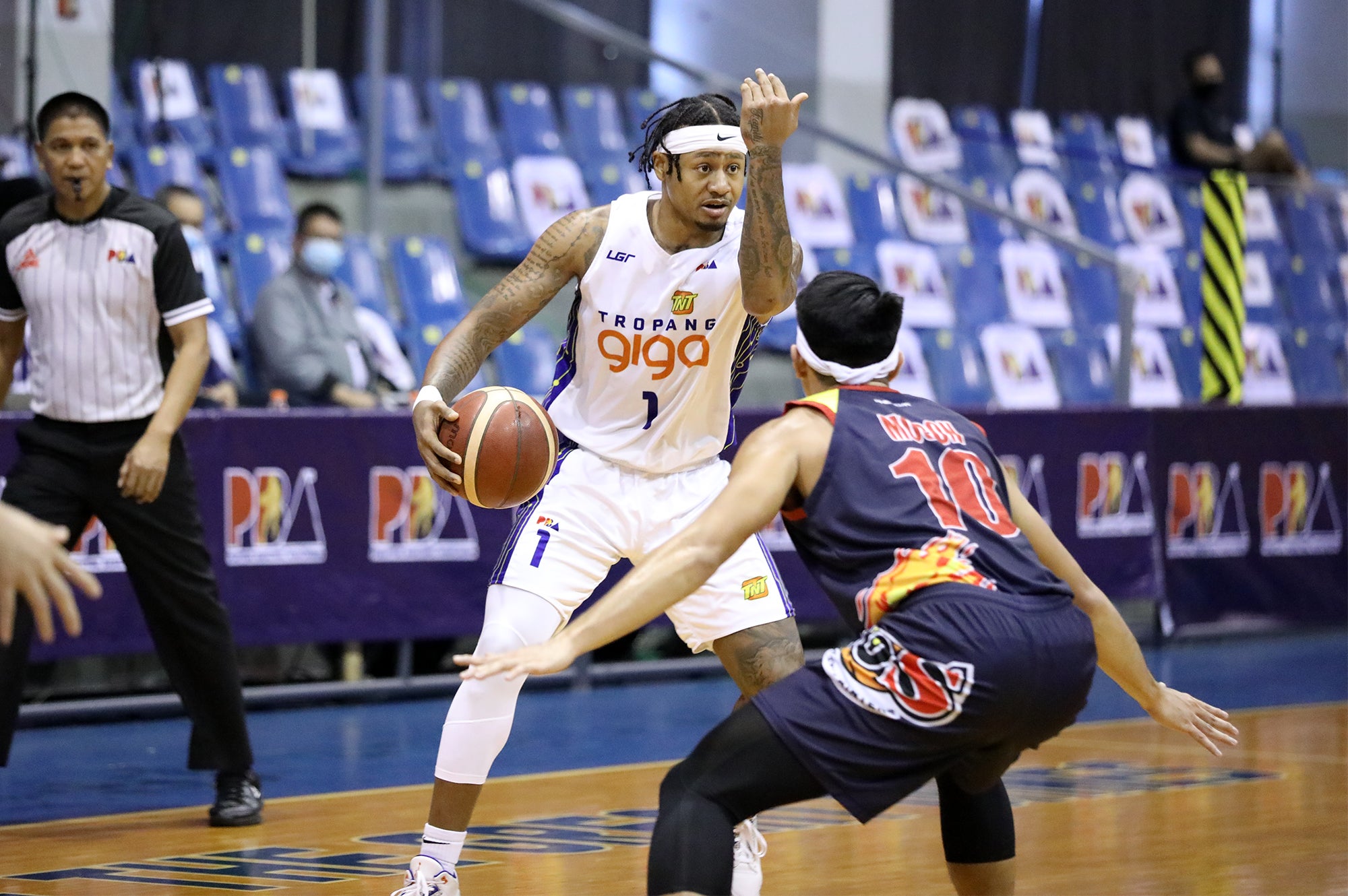 Another player is taking a sabbatical, this time for personal reasons.

Bobby Ray Parks Jr., TNT’s foremost weapon during the PBA’s 2020 Philippine Cup, will not be seeing action when the team plunges into action in the league’s milestone 46th season.

“It is with a heavy heart that I will have to excuse myself and not partake in this year’s PBA season due to personal reasons—which in particular, my family,” he wrote in a tweet posted on Saturday afternoon.

“It was not an easy decision to make, especially since I’ve been in constant talks with the TNT management. But right now, this is what is best for me and my family,” the two-way guard added.

But that, apparently, is just part of the whole story.

A source told the Inquirer that PLDT chair and chief executive officer Manny V. Pangilinan has doubts on Parks’ real motives for this latest decision, adding that the telecommunications tycoon even posted on his social media account a photo of Parks with a friend in a beach, purportedly to counter the cager’s excuses for taking a sabbatical.

The source said doubts in the TNT camp are also on the rise, especially since Parks turned down a “good two-year offer that superstars would grab.”

Many see the incident as a potential cause of friction between the player and management.

Parks is the second player since last year to take a sabbatical. Barangay Ginebra center Greg Slaughter skipped last season, reportedly over a contract decision and a plan to trade him. Slaughter eventually returned back to the Gin Kings’ fold after which, he was subsequently dealt to NorthPort for Christian Standhardinger.

Parks was a vital cog in the Tropang Giga’s campaign inside the bubble in Clark Freeport, greasing the club’s run into the playoffs. He played through a bum calf all tournament long, posting averages of 22.4 points, 7.8 rebounds, 3.1 assists, to go with 1.5 steals.

However, that very calf problem was the one that kept him from backstopping TNT when it mattered most. He aggravated his injury in Game 1 of the Finals against Barangay Ginebra, sidelining him in the championship series which the Gin Kings won in five games.

Parks’ decision to leave comes at a time when TNT revamped its coaching situation, rehiring Chot Reyes to replace the tandem of Mark Dickel and Bong Ravena.

The Inquirer tried to get Reyes’ comment about missing out on a key player on his return, but the former national mentor could not be reached as of press time.

Reyes’ return is viewed by both league fans and pundits as a bid for the franchise to reclaim its old glory. Under the decorated mentor, TNT won four PBA titles.

“[I] will always be grateful for the opportunity to represent TNT and be part of such a special team and culture,” Parks said.

And it seems the son of former PBA great, the late import Bobby Ray, is not closing the doors on a return, either.

“Once everything is resolved, I can come back to the team and help bring a championship [to] TNT,” he said.